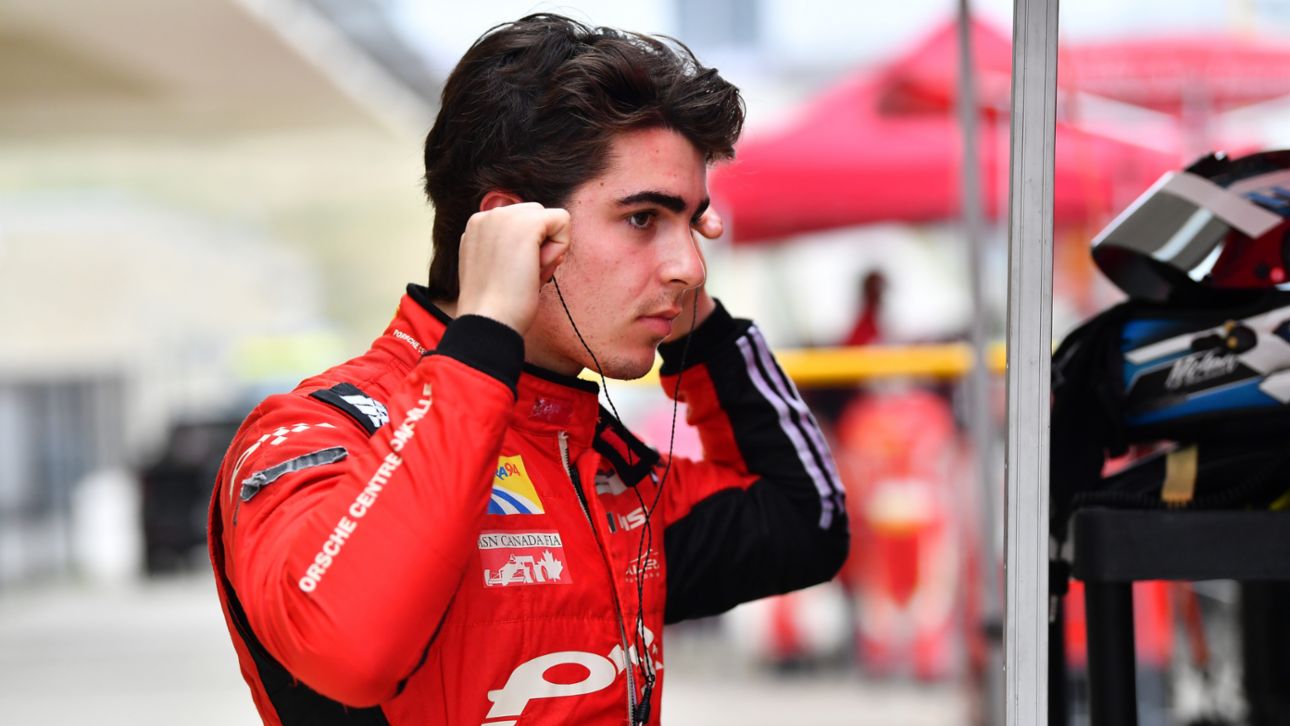 Like many kids growing up wanting to be a race car driver, Michael de Quesada began racing karts when he was under five-years old. It didn’t hurt that the Tampa, Florida native had racing roots that ran in the family. Michael’s father, Carlos, is the team principal of Alegra Motorsports which has been around since before Michael was born. When de Quesada was 15, he joined the family business and began driving sports cars in the IMSA Porsche GT3 Cup Challenge Canada. From 2015-2017, de Quesada drove in one or both of the Cup Challenges in the US and Canada, the highlight being crowned USA champion in 2016.

“The father-son dynamic is a little tough,” reflected an insightful de Quesada. “It’s always going to be less formal than a driver-owner relationship. Sometimes at the track things needed to be his way and that was that. My immaturity may have gotten in the way. It was nice to leave that environment and try something else that was new.”

"You can have the talent, but I was young and probably a little immature. You want to prove yourself but driving fast isn’t what’s most important."

Those new digs included going to Germany to race in the Porsche Mobil 1 Supercup and Carrera Cup in 2018. It was part of a new act in de Quesada’s career that started the fall before, during a weekend at Barber Motorsports Park.

“I was excited to learn at PYDA and keeping going with Porsche. To that point I had only ever driven Porsche and that was a big thing for me,” remembers de Quesada. “I was excited to see what it was like and what was to be learned.”

The then 17-year-old was one of four young drivers invited in 2017 to the North American Porsche Young Drivers Academy that takes place in Birmingham, Alabama. Mirroring the German marque’s European young driver selection process, the PYDA gives the chance for North America’s young talent to see what it takes to catch the attention of a manufacturer. The brain child of North America’s only Porsche factory driver Patrick Long, multiple partners and industry specialists make the experience one the young drivers won’t forget.

“I always looked up to Pat as a kid, he’s the only American factory driver,” the Floridian continued. “That’s a big goal and dream for me. I knew him decently well through my dad’s team, but this was totally different. It was great to get a chance to spend time with him.”

While Long sets the pace in the morning on track day, the PYDA is about much more than what happens in the car. Specialists in respective fields offer support in more ways than one, including media training, technical support and personality profiles.

de Quesada: “The classroom day is what you take on with you. It’s about how you carry yourself. You can have the talent, but I was young and probably a little immature. You want to prove yourself but driving fast isn’t what’s most important. I figured that out quickly and I think I got a lot more out of it because of that. I’ve carried that on wherever I’ve gone.”

At the beginning of the 2017 racing season, de Quesada co-drove to victory at the Rolex 24 At Daytona in the GTD class. That win showed the potential the young driver had at the time. However, he has a long way to go to match the five victories the namesake of the PYDA scholarship awarded to the winner has. Porsche legend Hurley Haywood spends the weekend at Barber Motorsports Park sharing his experience and perspective with the drivers.

“I had never met Hurley. I knew who he was, and it was interesting to be with him. He’s pretty quiet and withheld but when he speaks you really have to listen. You just don’t get that type of experience unless Porsche is willing to provide that to drivers. They do it right.”

Having legends like Haywood and Long at the Academy are intentional by Porsche. In order to invest in young talent, the sportscar manufacturer pulls no stops when it comes to the program. The quality of the time and effort put into the PYDA hopes to reflect onto the graduates that go through it.

On return from Germany, de Quesada drove in the SRO Blancpain GT World Challenge in 2019. Now in 2020, he drives the No. 14 Lexus for AIM Vasser Sullivan. Alongside teammate Kyle Busch, who was running his first 24-hour endurance race, the quartet finished ninth in class in GTD. While he has had experience in a few races throughout his career, this is de Quesada’s first full year competing in the IMSA WeatherTech series.