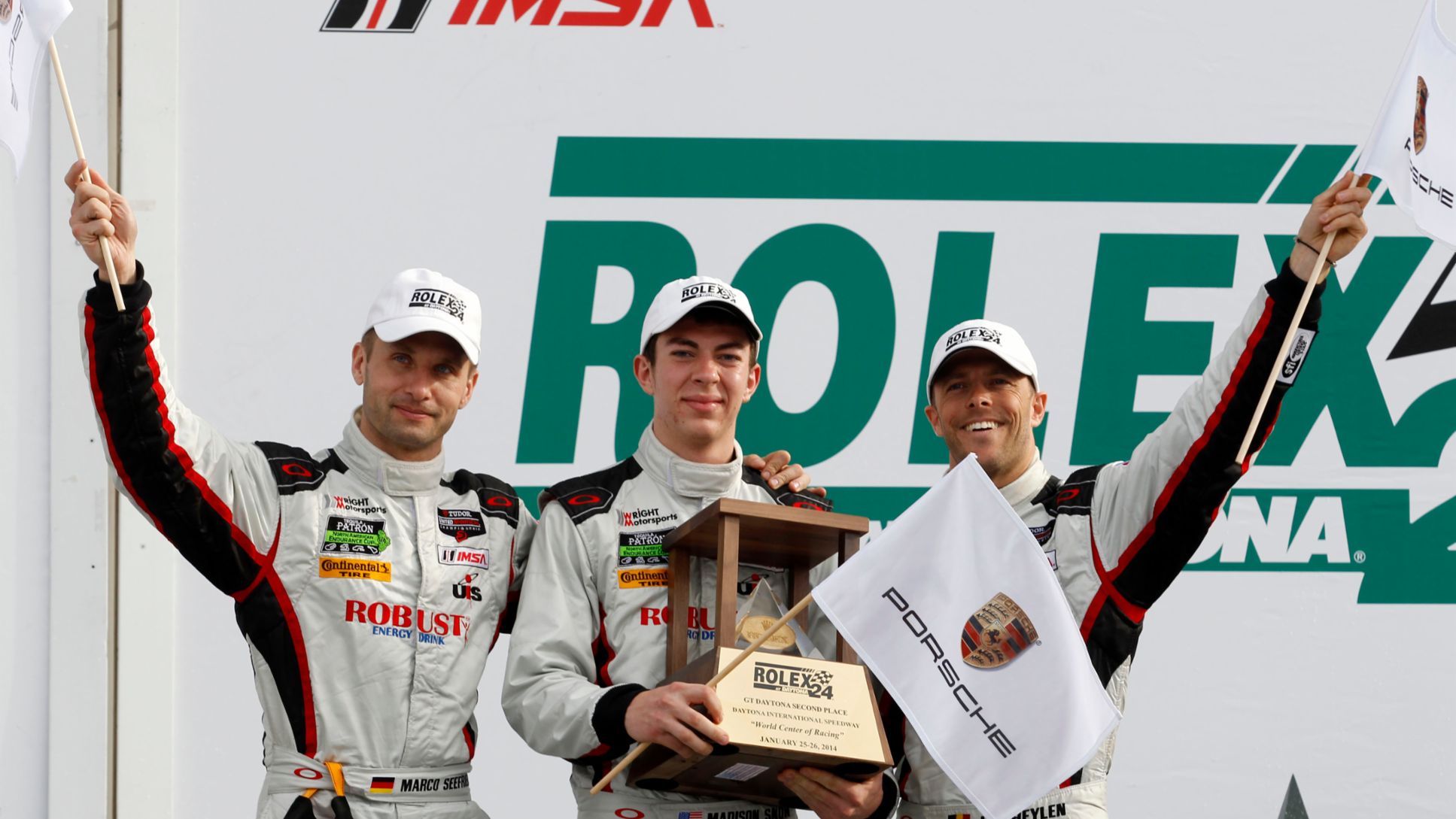 Madison Snow raced karts as a kid. He didn’t travel the country in search of championships like many karters do. He just raced karts with the support of his parents, both championship Porsche racers in their own right. Mother Melanie earned the 2009 IMSA Porsche GT3 Cup Challenge USA by Yokohama Gold class championship. Together with Madison’s father, Martin, the husband-wife driving pair charged to the 1999 Mobil 1 Twelve Hours of Sebring GTS class victory in a Porsche 911 GT2 and the American Le Mans Series GTC championship in 2009 driving a Porsche 911 GT3 Cup race car. The Utah native’s parents’ expertise was something Snow could tap into in for his gain. They got Madison into racing and it wasn’t until Snow started in cars that his career trajectory began to rise. His first race car was a Porsche 911 GT3 Cup car.

“I went from karting to a car and that’s when things began to change. It got better for me. My parents didn’t really have any kart experience, it was more in the car,” said Snow. “They helped me progress and when they got the call from Porsche to see if they were interested in racing, I took the seat.”

"When you’re in a more private environment like that you’re able to learn more."

Beginning in 2011, Snow competed in the IMSA Porsche GT3 Cup Challenge USA by Yokohama series under the family’s racing team banner. In conjunction with Wright Motorsports for the following ’12 and ’13 campaigns, the teenager at the time won the championship twice and was runner up on the third occasion. It seemed clear that Snow was meant to follow in the family footsteps and drive successfully in Porsche race cars. At the end of the 2013 season, the German marque had taken notice of the success he had earned.

“To be honest I didn’t quite know much about the PYDA since it was a relatively new thing,” Snow thought back. “To me it was obviously about Porsche seeing what you could do, but it was also a way to get you in an unfamiliar environment. The other drivers and I together would not have competed head-to-head otherwise.”

Snow was invited along with other young drivers to participate in the 2013 North American Porsche Young Driver Academy (PYDA) put on at Barber Motorsports Park in Birmingham, Alabama. Not just a full-on competition to see who is the best, the PYDA is a chance for Porsche to offer experience and advice to young driving talent. Things like personality profiles, media training and technical briefings are just some of the intangibles the drivers can take away from the multiple industry specialists that are there during the weekend.

“Porsche helped me throughout the weekend, but the media training was something I had never seen before,” reminisces Snow. “It was all new. I never had that before. Each of us had to find out what we needed to get out of it the most. The practice is necessary to help take with you and the feedback we got from it was great.”

North America’s only factory driver Patrick Long was the co-creator of the Academy. He has helped mold the PYDA into a chance for young drivers to see what is necessary in order to gain the attention of race teams and even manufacturer’s programs. Long is paying it forward to give the next generation of racing talent a boost early in their careers. It is something that Long got himself thanks to the generation before him, including Porsche legend Hurley Haywood who also plays an important role in the PYDA.

“I knew Patrick a good amount before going due to when my mom raced. I would always hang around the track and see him on and off,” laughed Snow about his younger self. “But when you’re in a more private environment like that you’re able to learn more. As for Hurley, I had never met him before but after attending I got the chance to know him better later on. It was very cool.”

In 2015, Snow raced the Rolex 24 At Daytona and the 12 Hours of Sebring with Dempsey/Wright Motorsports in a Porsche. Alongside Porsche brand ambassador and renowned actor Patrick Dempsey, the Utahn was able to share a second connection with Haywood, racing under the famous Brumos colors in a Porsche.

“When I participated in PYDA it was great because Porsche was paying attention to me and so obviously, I was doing something right. It got me ready for a career in racing. I was able to there and up to now work with people in racing I never thought possible,” said Snow.

Starting in 2016 Snow began racing in the Lamborghini Super Trofeo North America and IMSA WeatherTech series for Paul Miller Racing. Snow has earned multiple wins, podiums and the 2018 WeatherTech SportsCar Championships GTD title with the Italian manufacturer since then. Most recently a victory in the GTD class at the 2020 Rolex 24 followed, now back racing for Paul Miller Racing after not competing at all in 2019.