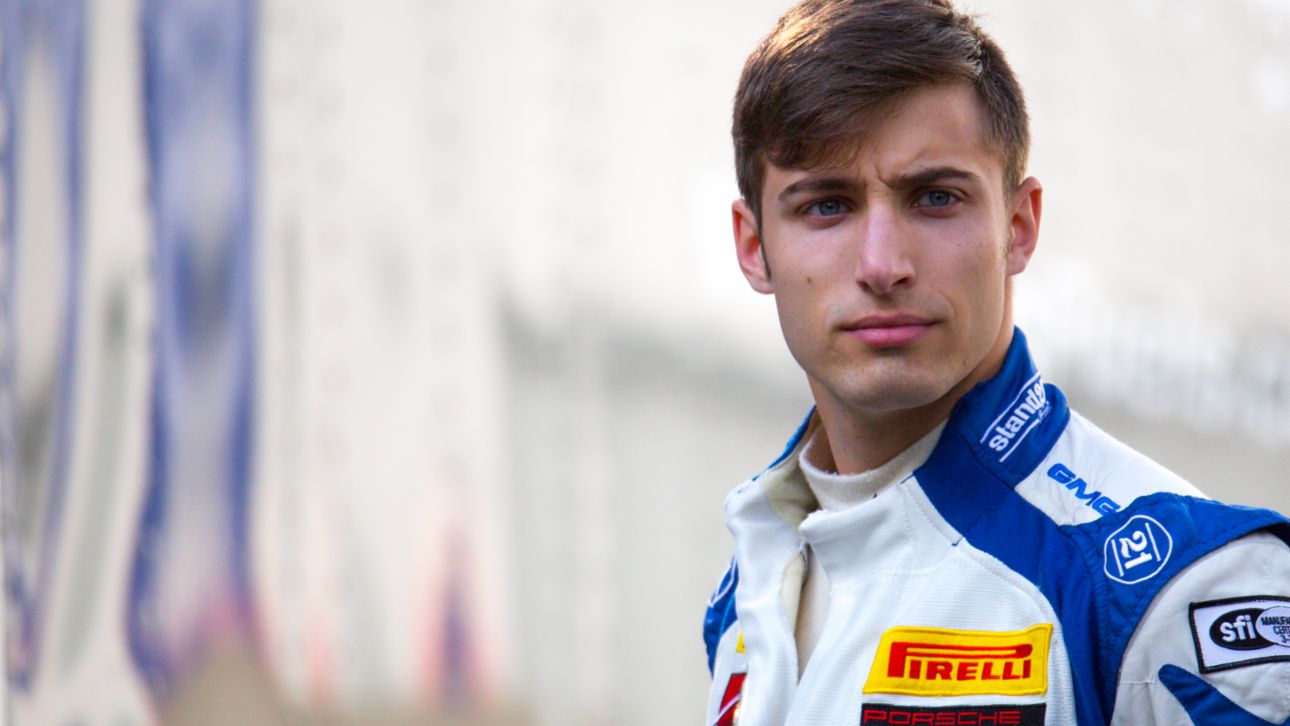 Alec Udell began his early career racing karts, winning the 2008 Rotax National Championship. The following year he was selected to represent Team USA at the Grand Finals in Egypt. Although young, Udell’s age was no problem his talent couldn’t overcome. The Texan made history as a 15-year old by becoming the youngest driver in SRO GT World Challenge America, formerly known as Pirelli World Challenge, history. In 2015, Udell had to learn a new car to drive, a Porsche 911 GT3 Cup race car. It was a learning year for the then teenager who still set his sights high.

The North American Porsche Young Driver Academy had already gotten a reputation as a prestigious program and drivers, like Udell remembers, sought an invitation to it: “It was one of my targets going into that year, aside from winning the championship. When I got the invitation, I was extremely excited. I saw the PYDA as a first step to where I wanted to go.”

"Porsche showed you what it takes to get to the highest level and that they keep an eye out for guys like me.”

The Texan had been chosen as one of the participants to attend the 2015 North American Porsche Young Driver Academy (PYDA). Held at Barber Motorsports Park in Birmingham, Alabama, the Academy is the sports car manufacturer’s North American opportunity to evaluate young driving talent.

“One thing that jumped out to me was it wasn’t all about the driving, it was about the whole package” recognized the Clemson University graduate. “They looked to see how you work receiving feedback and how you work with a team. Those other elements touched on had a more lasting impact.”

Starting in 2019, a ‘winner’ has been announced at the end of the two-day event. This was not the case when Udell went through the program. But, then, like now, what the young drivers are able to do in the car is not the only factor taken into account. How each individual handles themselves in the off-track day dealing with things like mental and psychological teachings, media training and technical briefings are also closely eyed by all.

“Growing up watching racing I always knew I wanted to go to Europe. I saw it as another challenge” said Udell. “Getting to go to new tracks and new places and having to learn and challenge myself is what I love.”

Based off Porsche’s Junior driver selection process, this event gives the likes of Udell and others the chance to see how Porsche vets young talent. With many industry specialists in attendance, the operation is run under the watchful eye of the co-creator, North America’s only Porsche factory driver, Patrick Long.

“Getting to pick Patrick’s brain was one of the cooler experiences. I have an RS Spyder hat he signed from when I was 10 or 11. I definitely looked up to him and it was one of the cool things about it,” enthused Udell. “You listen to what Hurley says and your jaw drops. Hearing how things were for him and the era he drove in reaffirmed my passion for the sport.”

The IMSA Hurley Haywood Scholarship awarded to the PYDA recipient chosen from that year’s class offers a set of assets that can be taken to race teams looking to run the following year in the IMSA Porsche GT3 Cup Challenge by Yokohama. Named after Porsche racing legend Hurley Haywood, the five-time Rolex winner is at Barber Motorsports Park himself to watch how the young drivers perform throughout the event and provide his insight.

“There’s a lot of barriers of entry to the sport and it makes it kind of difficult to get where you want to go. You have to have a way to distinguish yourself,” considers Udell. “I could probably point to the PYDA and definitely say I stepped my game up after that. Porsche showed you what it takes to get to the highest level and that they keep an eye out for guys like me.”

Being distinguished as a PYDA participant has shown the racing world what kind of driver Alec Udell is. After getting that chance in 2015, the Texan continued racing SRO series in the German marque’s machinery while earning his mechanical engineering degree from Clemson University. Once he graduated in 2018, he made the decision to go race in Europe where in 2019 he became the first American to win in the SRO GT4 European Series.