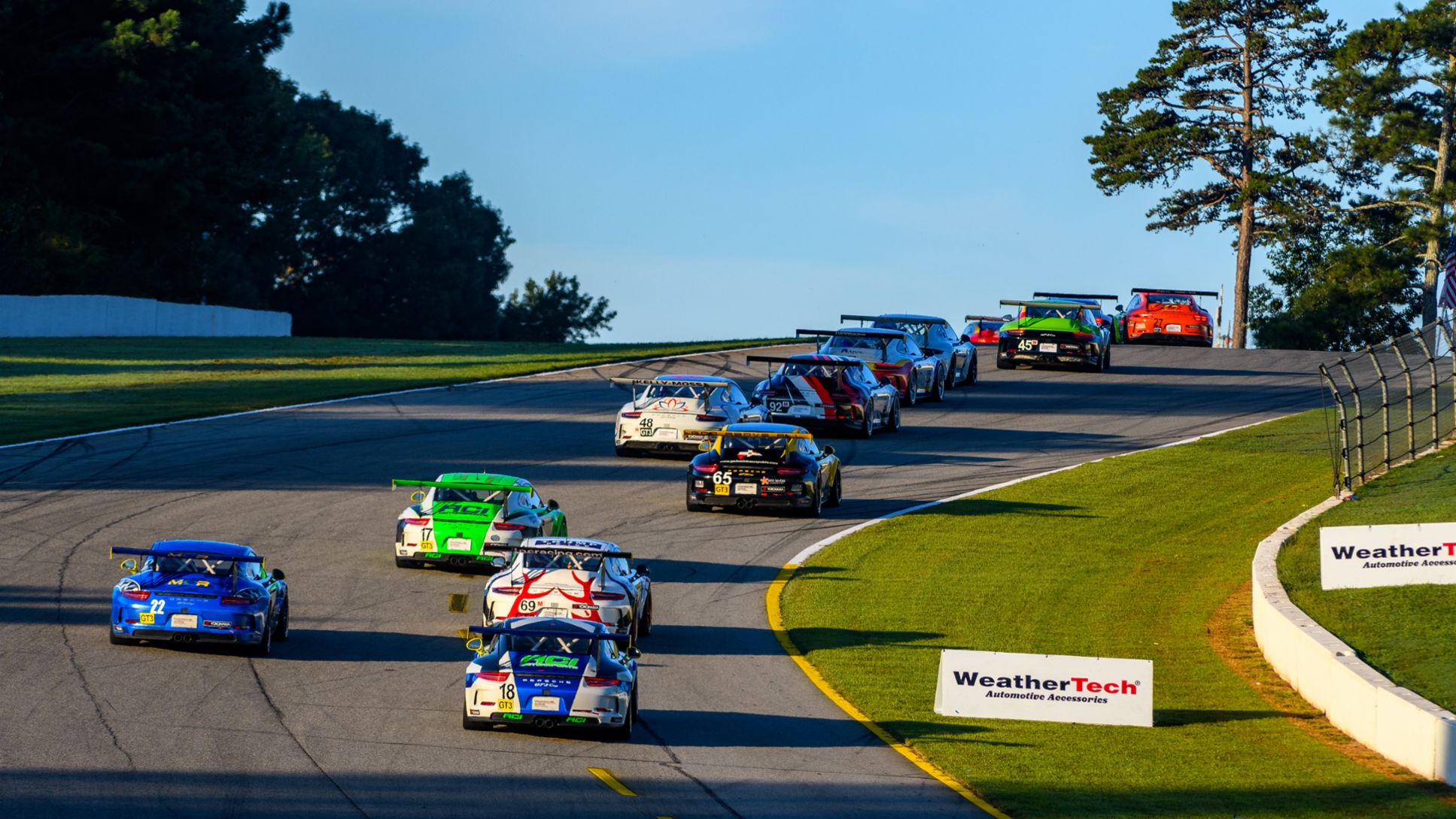 With two Porsche 718 Cayman GT4 Clubsport race cars in the field, the customer entry list for the four-hour IMSA Michelin Pilot Challenge race at Michelin Raceway Road Atlanta was not large but the pair of Porsche race cars in GS class had formidable driver lineups. With a limit of only one professional – “silver” level driver – the No. 7 Archangel Motorsports car again combined Porsche Young Driver Academy North America graduate Trent Hindman (Long Branch, New Jersey) with 2019 Porsche Cup winner Alan Brynjolfsson (Tampa, Florida). Hindman sat the car on the outside of the front row in qualifying and, ultimately, finished in third-place. The podium was in question until the closing minutes when, following extensive pressure from the young driver, the third-place runner ran out of fuel allowing the mid-engined Porsche to drive past and onto the final step of the victory roster.

The No. 38 BGB Motorsports Porsche 718 Cayman GT4 Clubsport saw Jan Heylen (Belgium) as the pro in the pairing with Tom Collingwood (Canada). Heylen, a hero in Saturday’s WeatherTech race driving in the No. 16 Wright Motorsports Porsche 911 GT3 R, has been pushing hard for the 2020 Porsche Cup racing GT3 and GT4-spec Porsche machinery around the world, He, Collingwood and team owner John Tecce (Ormond Beach, Florida) raced to 15th-place in class.

The exciting duel between Canadian Jeff Kingsley and Texan Riley Dickinson (New Braunfels, Texas) continued in the IMSA Porsche GT3 Cup Challenge USA by Yokohama. Dickinson sat on the pole position for Race 1 at Michelin Raceway Road Atlanta and lead for much of the show. However, with 15-minutes remaining in the 45-minute race, a broken shock hampered Dickinson’s speed and Kingsley passed the 2020 Hurley Haywood Scholarship winner. Kingsley then pulled away to take the win. Sean McAlister – the 2019 Hurley Haywood Scholarship recipient – came across the line in third-place.

Like so many times this season, Sunday’s second race was a mirror image of Race 1. Dickinson again sat on the pole position with the No. 53 Moorespeed entry while Kingsley was just outside in the No. 16 Kelly-Moss Road & Race Porsche 911 GT3 Cup racer. On Sunday, despite another battle between the two up-and-comers, the one-two held with Dickinson crossing the finish line in first, ahead of Kingsley for Race 2. McAlister again finished in third-place. Kingsley continues to hold the points lead in the Platinum Cup.

Sebastian Job has taken an important step towards claiming the Porsche TAG Heuer Esports Supercup title at the 24-hour version of the Nürburgring – a combination of the Grand Prix circuit and the Nordschleife. At the eighth of ten virtual one-make cup races run on the iRacing simulation platform, the Briton managed to pull well clear of his title opponents in the interim standings. His rivals experienced a disastrous race Saturday with the digital version of the Porsche 911 GT3 Cup race car on the storied track in Germany’s Eifel region. Reigning champion Joshua Rogers (Australia) lost top finish after becoming entangled in a collision in the sprint race. Heading to the penultimate round at Le Mans, Job now leads the standings with an 84-point advantage.

Mitchell DeJong (Temecula, California) finished in third-place in the Sprint race to start out the day of racing.

The misfortune of his main rivals for the title has given Job a healthy lead in the overall rankings. He now tops the leaderboard with 521 points, followed by Rogers (437) and Alejandro Sánchez (407).

On September 26, the Porsche TAG Heuer Esports Supercup sim racers will compete on the virtual Circuit des 24 Heures of Le Mans – exactly one week after the real French endurance classic.

Sebastian Job, Driver, Red Bull Racing Esports.
“I took a very cautious approach and tried not to do anything that would jeopardize my position. As the points’ leader I didn’t want to take any risks. That patience paid off in the end. The duel with Patrik Holzmann was great fun. Like in a practice race, we often drove wheel-to-wheel – although his braking maneuver for turn 1 gave me a bit of a fright.”

On his way to the title, ten Voorde won three of the eight rounds of this season’s Porsche Mobil 1 Supercup. His victory at the final in Monza only came under threat twice. First, after the start and at the restart following a safety car phase, Lattore attempted to overtake him, but was unable to make the move either time.

Victory in the team classification went to the Austrian squad BWT Lechner Racing. The ProAm title was claimed at the previous round in Spa-Francorchamps by Roar Lindland. The Norwegian also won this category at Monza, finishing the race in 18th overall.

Oliver Schwab, Project Manager Porsche Mobil 1 Supercup.
“Thanks as well to our long-standing partnership with Formula One, we managed to run the 28th Supercup season at the usual high level, despite the restrictions. Eight races over ten weekends – I’m impressed by how the teams mastered this huge challenge. The fact that the title decision was made at the last race underlines the balanced competition among the top drivers. Congratulations to the overall winner Larry ten Voorde as well as the winners of the Rookie, ProAm and Team classifications.”

Larry ten Voorde, Driver, No. 25 Team GP Elite Porsche 911 GT3 Cup.
“My dream has come true. I didn’t think this would’ve been possible at the start of the season. My team improved from race to race. I didn’t want to risk too much interfering with the title decision. Second-place is sensational; it’s my best result for my team by now.” 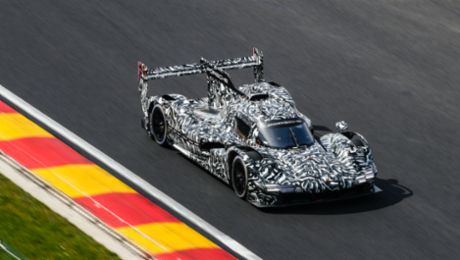