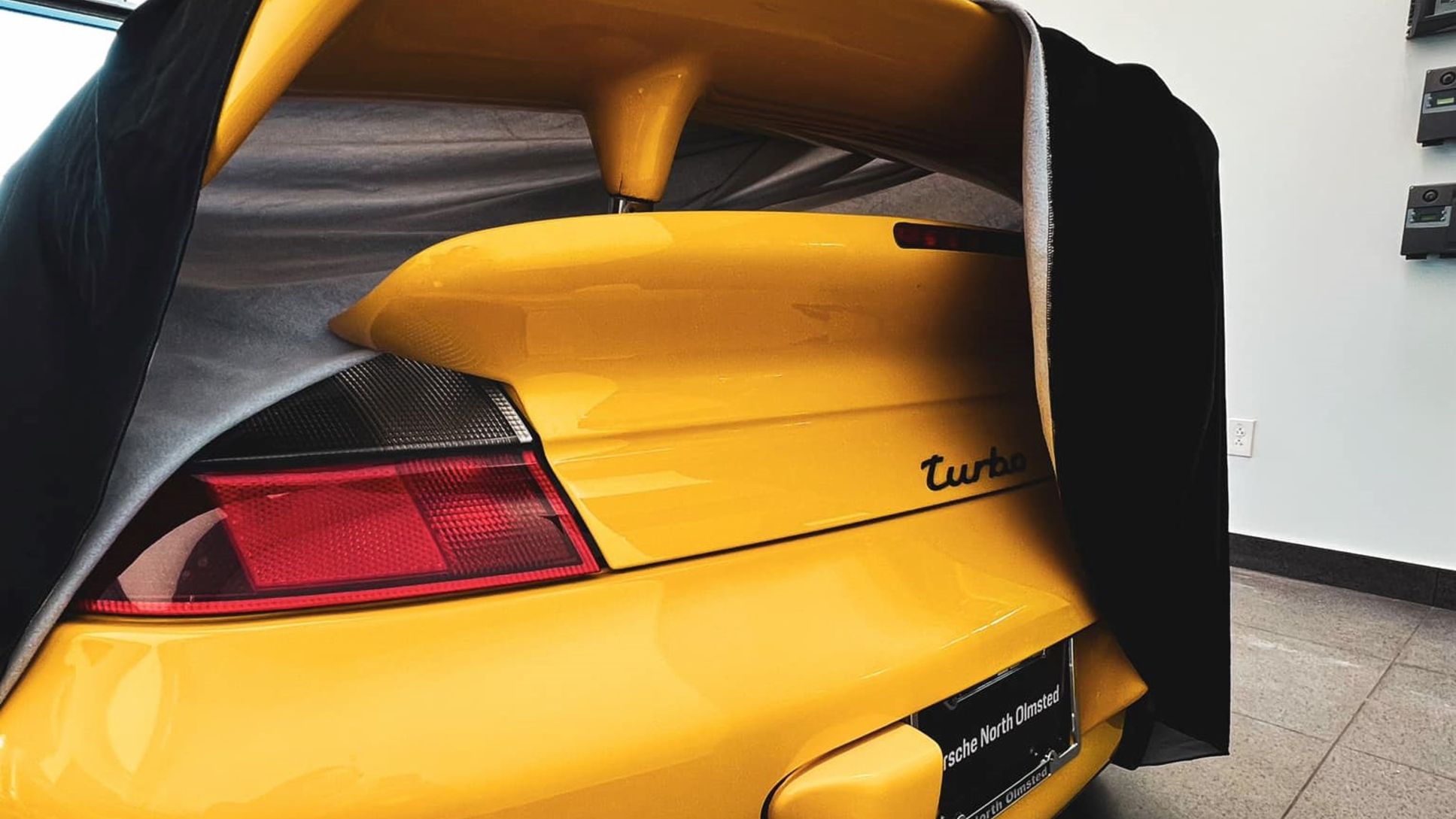 A modern classic 911 gets the white glove treatment

With the debut of the 911 Classic Club Coupe, a one-off factory restoration commissioned by the Porsche Club of America, extra attention has continued to be turned on the 911 Carrera Type 996. 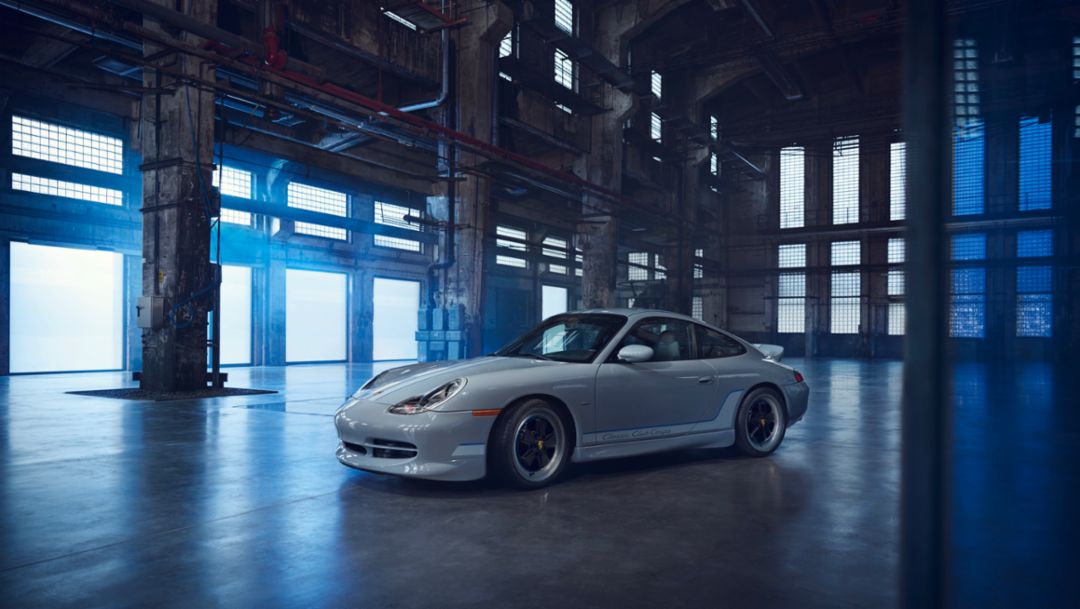 One of one special project celebrates the Porsche Club of America, showcases “Special Wish” or Sonderwunsch program.

Produced from 1997 to 2006, the fifth generation of the 911 was the first to be water-cooled. Along with the changes to the power unit, the model saw an aesthetic makeover. The body was completely new and unprecedentedly sleek. The unusual shape of the front headlights was as characteristic as it was polarizing. The interior benefitted from the larger exterior, so that the 996 offered more elbow room and a more spacious feel than its predecessor.

“The Type 996 is unjustly overshadowed by the other 911 ranges. That’s why we were happy to choose it as the basis for demonstrating all the things we can do with Porsche Classic and the recently expanded Sonderwunsch program of Porsche AG,” said Alexander Fabig, Head of Individualization and Classic, upon the Classic Club Coupe reveal.

Porsche Classic takes over responsibility for vehicles 10 years after their end of production. This means the experts are currently already looking after the Type 996. Porsche produced a total of 175,262 Type 996 vehicles and eight are being restored as part of the 2022 Porsche Classic Factory Restoration Challenge.

As the Type 996 has become a contemporary classic, participating dealers restoring the sports cars are aiming to remind people the beauty and capabilities of the machines.

“When you watch racing videos from the era, you’ll notice the 996 performed really well, and looked great at the same time,” said Rafael Perez, Parts Manager at Porsche Beaverton. Beaverton is updating a 2003 911 Targa with components from later generations while maintaining the iconic look. Just like its predecessor, the Type 996 Targa has an electrically-operated glass roof with a surface area of more than 16 square feet. There had never before been that much glass surface area on a Porsche 911.

“What I like about it is the fact that you are in a modern enough Porsche that still has the nostalgic feeling of an early ‘90s car,” continued Perez. Beaverton will be utilizing the many Tequipment options available to create a daily driver that can also be used on track days.

“The 996 was a great transition from air-cooled 911 charm and character to the modern day 911, keeping in mind the 911 is a constant evolution, not a revolution,” said Justin Underwood, Classic Manager at Porsche Colorado Springs, which has entered a 2003 911 Turbo into the Restoration Challenge.

“It is a fantastic driving car with its steering and light weight, and impacts all the senses one expects to receive when driving a true sports car. The shorter, narrow wheel base allows for the 996 to be agile like the 993 generation, and the sound produced on heavy acceleration and deceleration brings familiarity from the 964 generation.  Since the 996 911 has a seemingly larger cockpit, the presence of space is greater which creates a level of comfort we have in a more modern 911.”

Four participating dealerships – North Olmstead, San Diego, Colorado Springs and Clifton Park – are entering a Turbo variant Type 996. The 911 Turbo Coupe was introduced in model year 2001, and its 3.6-liter twin-turbo engine delivered 420 horsepower with all-wheel drive and a six-speed manual transmission as standard. The model range was extended in model year 2005 with the 911 Turbo S delivering a total of 30 horsepower more than the standard 911 Turbo.

San Diego is working on a 2002 911 Turbo, and Service Manager Michael Fraser said the Metzger engine was the deciding factor.

“The engine put in the 996 Turbo was derived from the 911 GT1. This is the main reason we love this car,” said Fraser.

“We have a great opportunity with a special final year 2005 996 Turbo S Cabriolet that needs quite a bit of work to bring it back to the greatness that it deserves,” said Christian Trujillo, General Manager at Porsche Clifton Park.

“Being the first liquid-cooled generation of 911 caused quite the stir when it was introduced, but the performance levels that were offered were also quite high as compared to the air-cooled generations prior to it.”

After rejuvenating the power unit, Clifton Park will be adding a bit of character by installing two-tone seats with colored leather inserts and yellow seat belts to match the Porsche Carbon Ceramic Brake calipers on an otherwise Basalt Black and Graphite Grey theme. Qasim “Q” Shirazi, General Sales Manager at Porsche North Olmstead, said the theme for its 2002 911 Turbo was simply, “0-60.” In 2002, a manual 911 Turbo could accelerate from 0-60 miles per hour in 4.2 seconds.

It’s not just the people inside the Porsche dealerships that appreciate the craftsmanship of the Type 996.

“Our dealership sees a fair amount of customer 996s for service and the volume seems to be increasing,” said Underwood. “I like to believe the reason for the amount of 996s we see come through the dealership, for both sales and service, is because we promote the generation with enthusiasm in our marketing campaigns and on our podcast.”

Trujillo thinks a reputation for reliability and parts availability will only increase the popularity of the 911 Type 996, but we may be discounting a more human element to the car’s appeal.

“It is the underdog of the 911 generations to a certain extent,” said Trujillo. “Deep down we all root for the underdog.”

To ride along for the transformation of these amazing cars, enthusiasts can watch this space on Porsche Newsroom and follow #porscherestorationchallenge22 on social media. 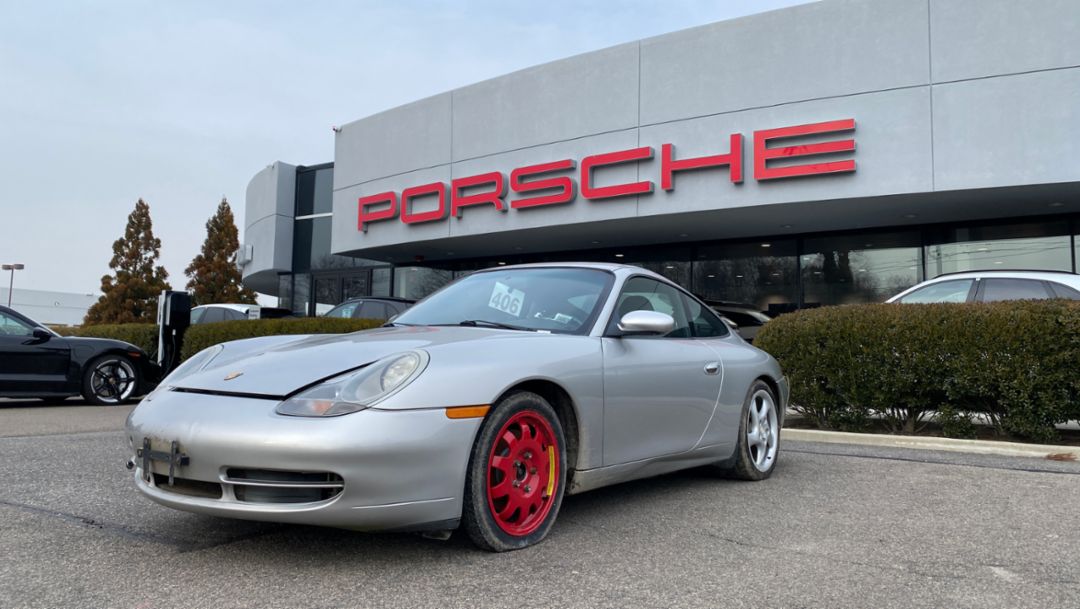 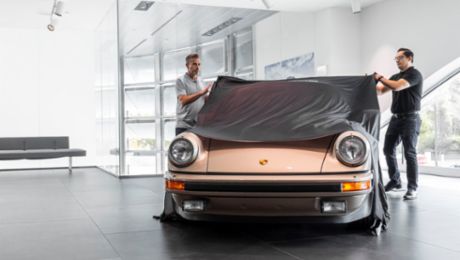 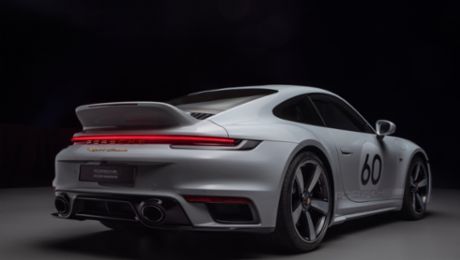 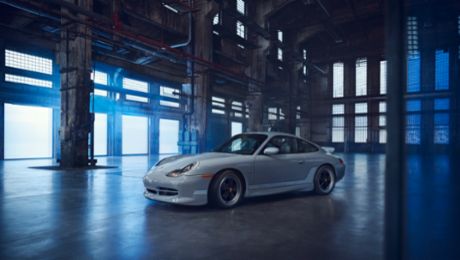