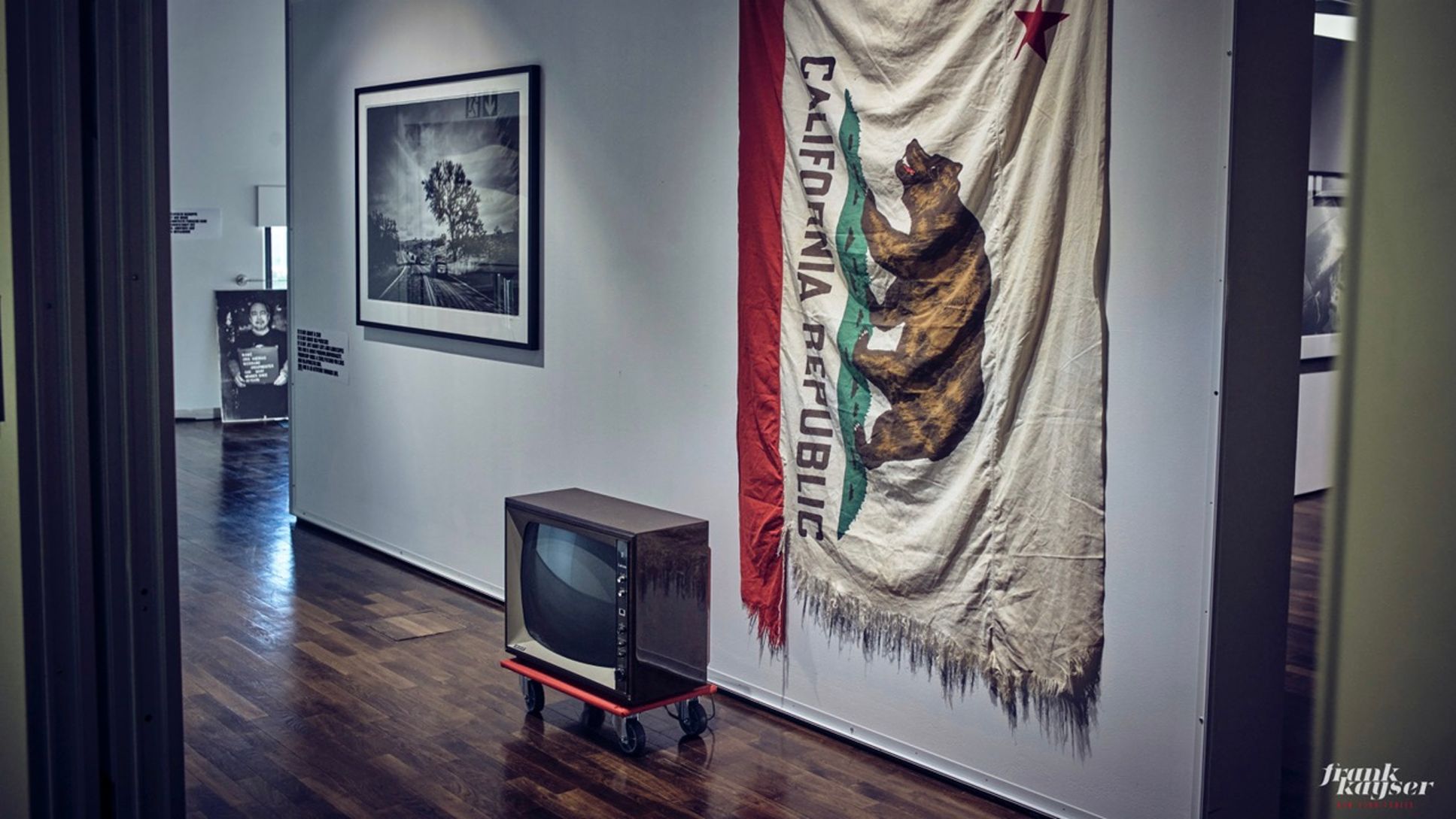 The infamous R Gruppe is one of California's best-known Porsche clubs. Strictly limited to just 300 members, it derives its name from the first Porsche 911 R (R = racing), but when the R Gruppe members pronounce it with their American twangs, it aptly sounds like “our group”.

“It all started with a cover story and a film for Porsche’s Christophorus magazine, which I produced with my team,” recalls Frank Kayser. “On the flight back from California, it was clear that a magazine story was not enough to convey what I felt when I met the R Gruppe ‘misfits’.” 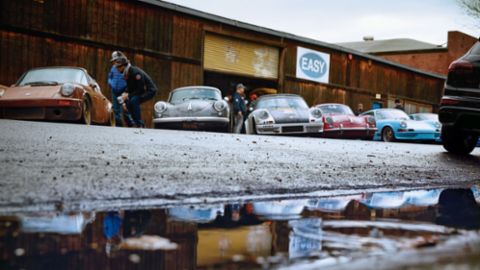 Kayser ended up following the R Gruppe and their meetings over a 16-month period. He recorded his experiences, impressions, and the lifestyle of the Porsche aficionados in films, but above all in his 580-page ’RBook’, which has won several awards. This was followed by exhibitions at the Porsche Experience Centre at the Hockenheimring and at Porsche on the island of Sylt.

From the wall into the room

For the latest stop of the ‘RBook Roadshow’, at the ZeitHaus in the Autostadt in Wolfsburg, Kayser wanted to take things a step further. The result is a multimedia exhibition with large-format fine art prints, personal items and portraits of the club members, as well as a light and sound system that lets the voices of the R Gruppe members resound.

“I wanted the full R Gruppe package, and I knew the only way to make that happen was to take my exhibit off the wall and into the space,” Kayser explains. “After five weeks of preparation and about 500 hours of work, I had an exhibition in an area of just under 250 square metres, just as I’d always wanted. The ZeitHaus of the Autostadt is a great platform for this. The spirit of California has come to Wolfsburg.”

The exhibition can be visited until the end of the year during Autostadt's opening hours of 10:00 to 18:00 with a valid day or annual pass. After that, the ‘RBook Roadshow’ will travel to other locations around the world.