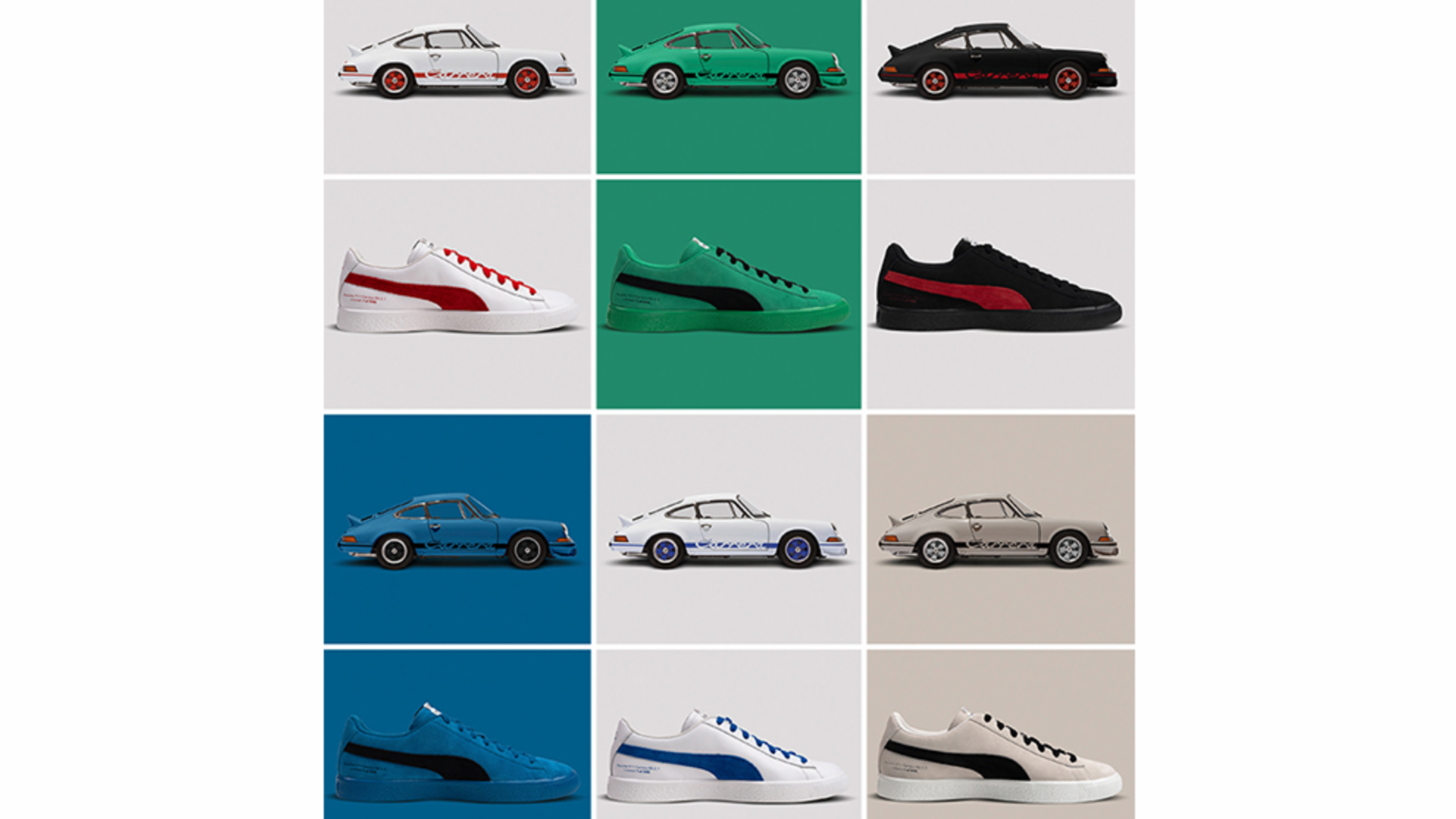 Porsche together with PUMA celebrates 50th anniversary of Porsche 911 Carrera RS 2.7 with a signature sneaker

Porsche together with global sports company PUMA are paying homage to the legacy of a true road and motorsport icon - the Porsche 911 Carrera RS 2.7 - with a strictly limited, special edition version of the all-time classic footwear model, the PUMA Suede.

50 years ago, Porsche began the development of the 911 Carrera RS 2.7 and initially built 500 examples in order to homologate the car for Group 4 racing regulations for Special GT cars. Famously debuted at the 1972 Salon de l’Automobile (Paris Motor Show), the Porsche 911 Carrera RS 2.7 was an instant hit. Just weeks after the show, all 500 vehicles had sold. Similarly, the PUMA Suede is an emblematic piece of PUMA history - originally debuting with only 307 pairs to celebrate track and field Olympian Tommie Smith’s competition number.

The 911 Carrera RS 2.7 then became a road-approved vehicle for customers who also wanted to participate in racing events. It was the first 911 to be christened “Carrera” – the crowning glory of the Porsche range.

The suffix is a reference to Porsche’s success at the classic Carrera Panamericana road race in 1954. While the “RS” makes it clear the car was made for racing and rallying, the “2.7” represents the engine displacement. A seamless blend between style and performance, the RS 2.7 with its spartan specification was built with speed in mind from the outset. The most distinctive feature of the fastest German production car of its day (top speed 245 km/h) is the rear spoiler, popularly known as the “ducktail.”

It is a legacy that PUMA is now proudly paying homage to with the new release of an all-time classic footwear collection limited to 500 pairs (per colorway). The timeless PUMA Suede now joins the PUMA x PORSCHE line. Bearing the iconic RS 2.7 typeface, designed for speed and strictly limited - just like the original Porsche 911 Carrera RS 2.7 itself - the PUMA x Porsche Suede RS 2.7 Limited Edition is the ultimate footwear celebration for this automotive icon. The sneaker is available in ten different colorways customers of the Porsche 911 Carrera RS 2.7 could choose from back in the day. Two of the colorways – Orange/Black and Grand Prix White/Black – are exclusively available in The Netherlands and Japan respectively.

Owners of the PUMA x Porsche Suede RS 2.7 Limited Edition will also be granted free entry to the Porsche Museum, in Stuttgart, Germany, until the end of 2022 to experience the legendary heritage of Porsche first-hand.

The limited-edition sneaker will be released on June 9th via shop.porsche.com at an RRP of $175 and on June 10th at the Porsche Museum Shop in Zuffenhausen. 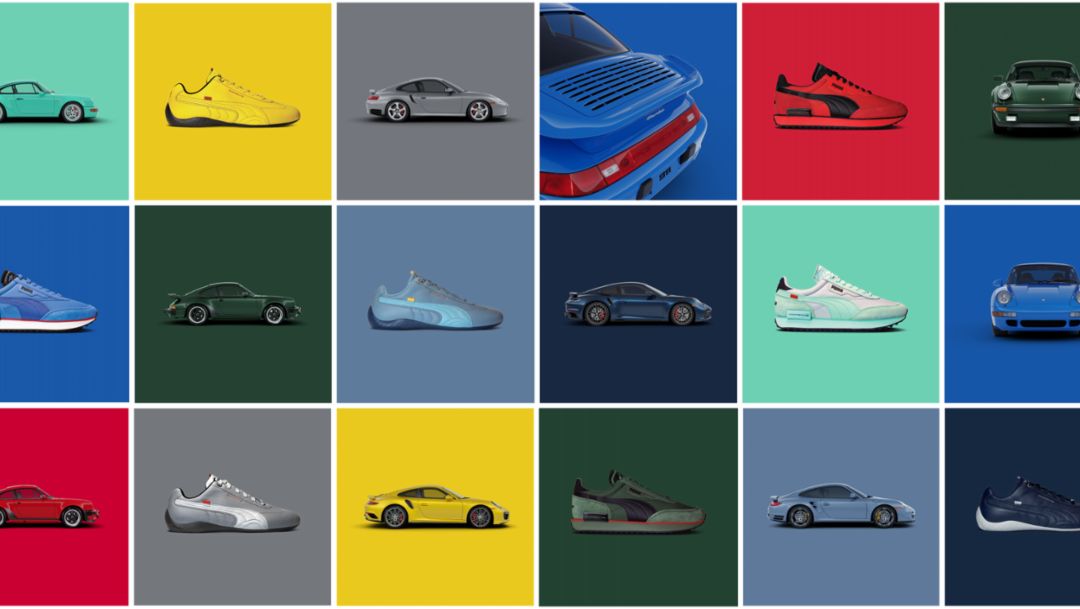 Icons of Fast: Porsche and PUMA shoe series inspired by the 911 Turbo