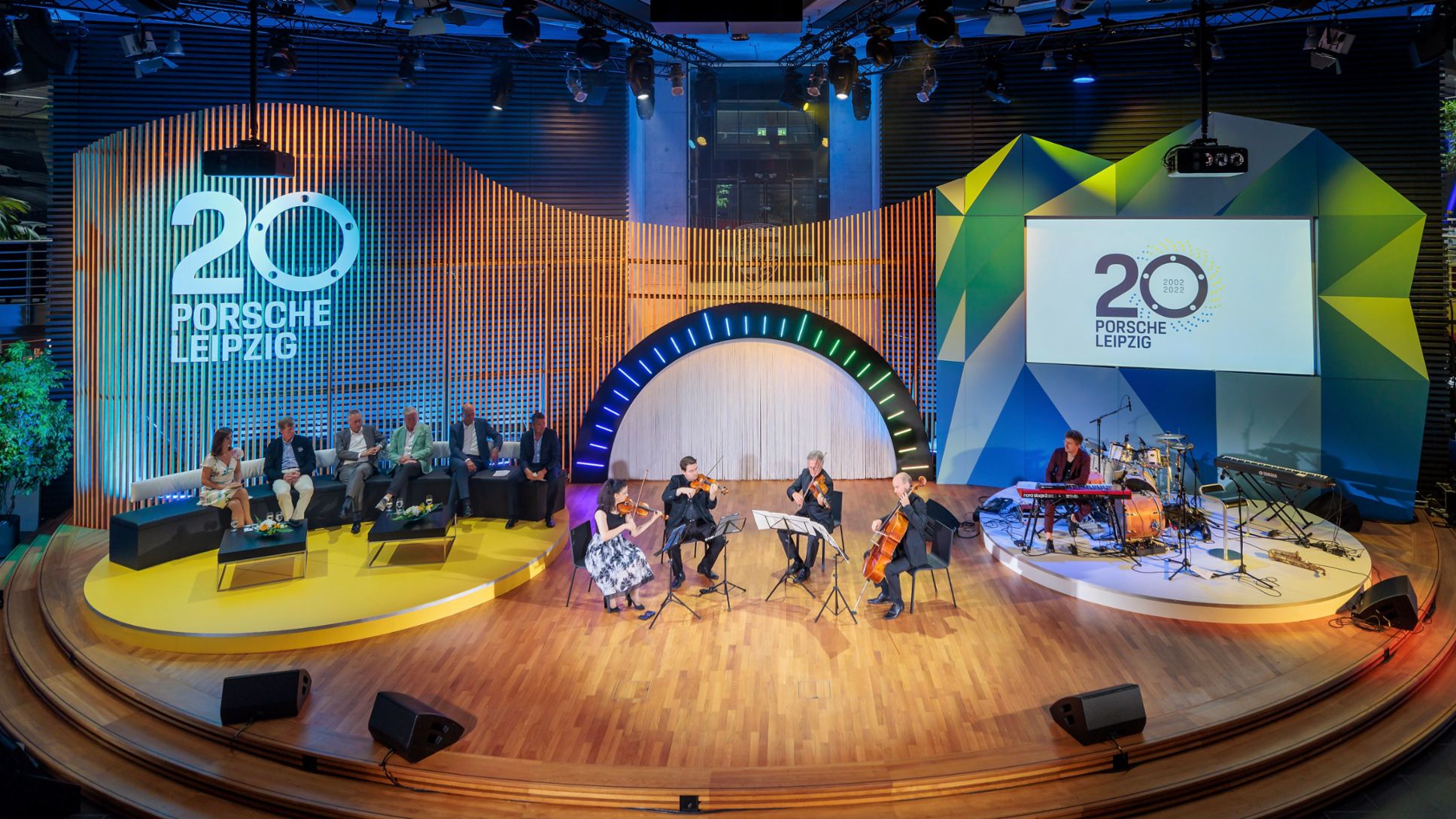 Since then, the Saxony site has come to represent future-focused car manufacturing. On Saturday, as part of an event celebrating the anniversary, Porsche looked back on the milestones of the sports car manufacturer’s Leipzig factory and presented those who attended with a vision of the future. Guests included State Premier of Saxony Michael Kretschmer, Thuringia’s State Minister of Economy and Science Wolfgang Tiefensee, Executive Board Member for Production and Logistics at Porsche AG Albrecht Reimold, Chairman of the Executive Board of Porsche Leipzig GmbH Gerd Rupp, and Porsche Brand Ambassador Walter Röhrl.

“Leipzig has become the second home of Porsche. The decision in 1999 to build a new factory in a green meadow north of the city of Leipzig took the company down a new path,” says Reimold. “Since first breaking ground in February 2000, we have invested around 1.3 billion euros in the development of our Saxony location. Not for one second have we regretted this decision. The Leipzig team has proven itself time and again in new car projects through its know-how and commitment.”

History of the Leipzig Porsche factory

The decision to make Leipzig the second Porsche production site alongside Stuttgart-Zuffenhausen was made in 1999. Within three years a new assembly plant was built, its opening being celebrated on 20 August 2002. Just after the start of production of the Porsche Cayenne, a separate manufacturing area was added to the plant for the assembly of the Carrera GT super sports car. From 2003 to 2006, Porsche Leipzig produced 1,270 examples of the limited-run model. This was followed in 2009 by the construction of a further production hall and a logistics centre for the assembly of the first-generation Panamera.

After the decision in 2011 to manufacture the new Porsche Macan in full in Leipzig, the site was expanded into a ‘complete plant’ between 2011 and 2013, with its own body shop and paint shop. For the complete construction of the second-generation Panamera, which has been rolling off the line in Leipzig since 2016, the plant was extended for a fourth time with the addition of a second body shop and a quality centre.

Since 2019 the Leipzig factory has been undergoing a fifth extension into a centre of expertise for electromobility. The company is thereby paving the way for the future of the plant and the production of future models. A new body shop has been built for the next generation of the Macan, which will be launched as a fully electric model. The assembly line has also been equipped to produce cars with three different powertrain types – internal combustion, hybrid and fully electric cars – on a single line.

Fit for the future

“The Leipzig Porsche factory is gearing up for the future,” adds Gerd Rupp, Chairman of the Executive Board of Porsche Leipzig GmbH. “So far we have mastered all the challenges with team spirit, heart and soul. This is our recipe for success, which we want to maintain as we shape the future of the factory. The capability of producing three drivetrains on one line makes us very flexible.” Today, more than 4,300 people work at Porsche Leipzig, making it one of the biggest employers in the region. The factory produces about 550 examples of the Macan and Panamera every day.

“The arrival of Porsche and the development of the factory over the past two decades have been great successes for the Leipzig region and the entire economic area of Saxony,” says Michael Kretschmer, State Premier of the Free State of Saxony. “Porsche Leipzig is on the one hand a significant employer and an important player in the car industry in Saxony, while also standing for innovation and successful transformation in the mobility sector. I thank Porsche for its commitment and its trust in Saxony as a business location. My heartfelt congratulations on this production anniversary.”

Porsche as a part of society

“From the very beginning it was important to us to integrate ourselves into the life of the city. This is why we successively broadened our commitment to the region,” says Rupp. This commitment on the part of Porsche includes a wide spectrum of social, sporting and cultural activities. An important aspect of this is the support of children and young people. For example, through its Porsche Safari environmental education project, the sports car manufacturer has been offering families and children from the age of seven discovery tours through the natural spaces of the factory grounds since 2018. In collaboration with the leading Bundesliga team RB Leipzig, Porsche has also been promoting young footballing talent, for example with the Leipziger Viertelfinale city district tournament.

And this year Porsche is presenting the Leipzig Opera Ball for the ninth time. Traditionally the sports car manufacturer donates a car as the top prize in the event’s raffle, all the proceeds of which go to the Leipzig hilft Kinder (Leipzig helps Children) foundation. This year’s raffle car was presented as part of yesterday’s anniversary celebrations. The winner can look forward to enjoying ownership of a Macan in Signal Yellow. The compact SUV embodies the success of the Leipzig Porsche factory like no other model.

The production anniversary was also the occasion of a very special commitment to the city of Leipzig. A co-operation with Eiscafé San Remo resulted in the creation of a unique ice cream – the Porsche Anniversary Ice. “Our goal wasn’t just to make something delicious, but also to do some good,” explains Rupp. From June to August, Porsche is donating 2.20 euros for each scoop of the ice cream sold.

A total of 30,000 euros has been raised, which corresponds to the sale of more than 13,500 helpings. The money is being donated to two social institutions in Leipzig, one being the Mosaik Leipzig society, which supports adults with a refugee or immigrant background and is currently particularly active in integrating refugees from Ukraine. Donations were also given to the Mühlstrasse 14 society. 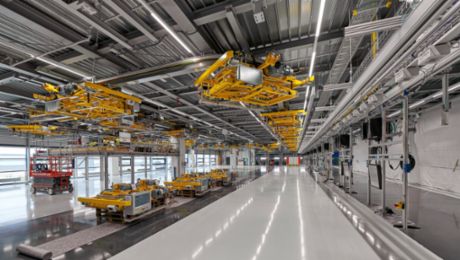 All signs point forward at Porsche in Leipzig as preparations for the start of electromobility are underway across the plant and construction is on schedule.