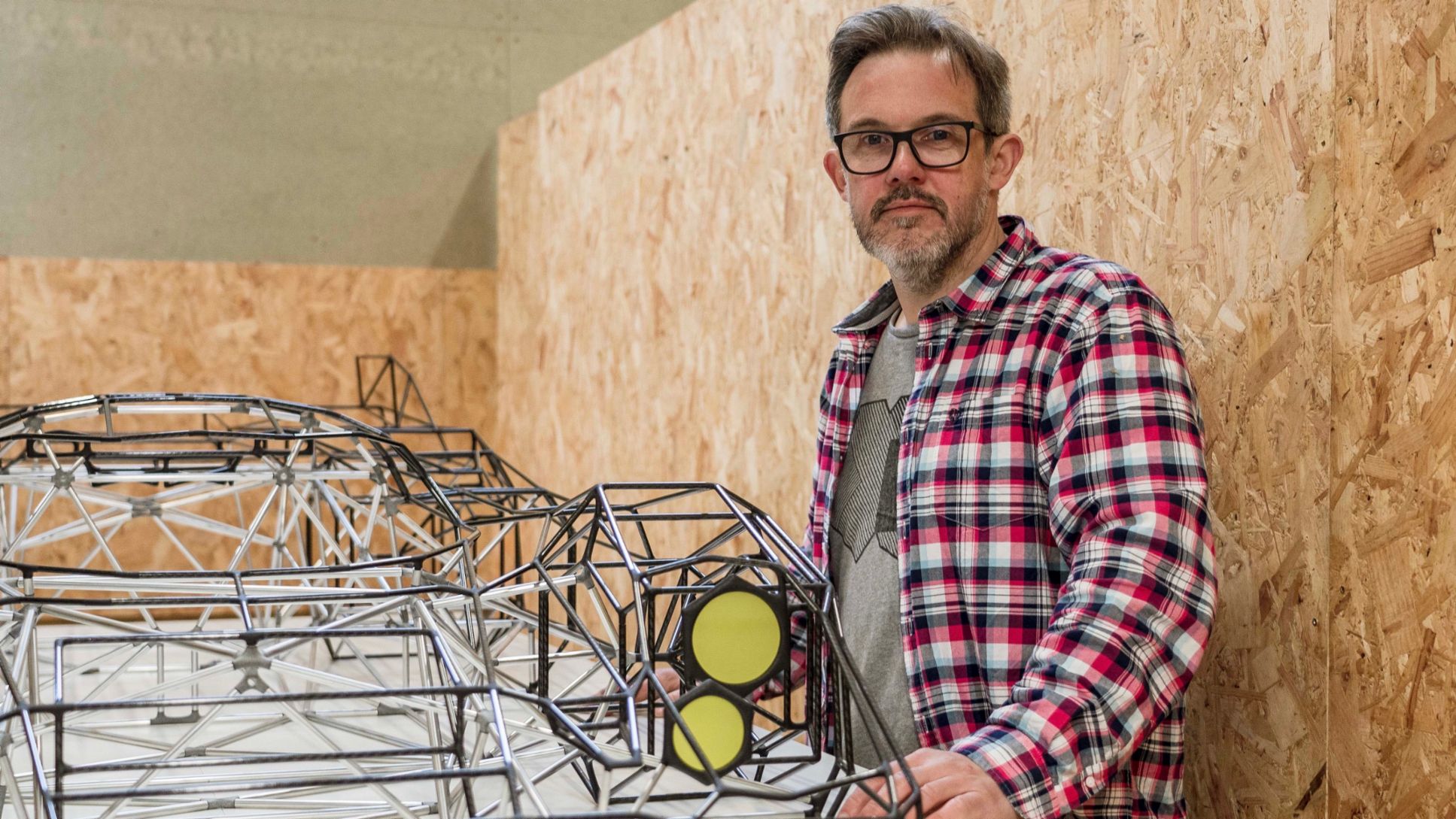 In a quiet corner of the British Midlands, artist Jonny Ambrose it putting the finishing touches to another commission. On the walls of his studio, hidden away down a long farm track in the Warwickshire countryside, hang dozens of similar designs, three dimensional artworks depicting silhouettes and details from classic road and race cars. It is a unique form of automotive art that has won a large and growing international clientele, with enthusiasts and collectors commissioning interpretations of their own cars alongside some of the real icons of 20th Century motorsport. And by happy coincidence, the overriding theme is Porsche.

Ambrose found his affinity for automotive art in childhood, fascinated at first by the shapes and liveries of 1970s Formula One cars. The passion would stay with him throughout his school years, eventually leading to a degree in Fine Art at Nottingham University in the early 1990s. Here, Ambrose would present six-foot-tall automotive-inspired sculptures for his final show, several of which found their way into the nearby Donington Grand Prix Museum.

Side tracked by a successful career in the video games industry, Ambrose only became a full-time artist in 2016, but with his innate creativity and passion for the subject now complimented by a mastery of highly technical computer design, he quickly found an innovative and versatile style. His design language today celebrates the elegant, organic shapes created by race car designers, using a mix of media from solid woods and aluminium to resin and carbon fibre, often gently exaggerating their aerodynamic forms to create a visceral sense of speed.

Dotted about Ambrose’s studio are monochrome reliefs of 917 and 911 models, details of fenders, spoilers and wheels or longtail body sections. Rows of narrow shelves are filled with miniature 3D printed models – elongated interpretations of familiar Porsche outlines – while more substantial sculptures of a 904 Carrera GTS and ‘Mary Stuart’ 911 RSR sit on a work bench beside a half-finished 935 Moby Dick, being gradually assembled from laser-cut silhouettes of bare carbon.

“For decades, the rich racing history of Porsche has been a constant source of inspiration for me,” Ambrose says. “Their race cars are sculptural forms, and there’s such variety, from the sleek ad beautiful 908 through the 917s, the often-overlooked 936, the radical step change to the 956 right up to the 919 today. They’re all so different, and all such bold and expressive designs.”

Materials are very much part of the magic for Ambrose, who likes to juxtapose the organic warmth of hardwoods with the clinical precision of the manmade, and he has recently begun branching out into 3D printing. This began with a series of small printed models based on the 917 in its various guises, from the early Kurzheck cars to later Can-Am spiders, almost imperceptibly stretched and flattened to accentuate their movement and potency.

But these more automated processes of CAD and laser printing remain counterbalanced by Ambrose’s love of artisanal craftsmanship, evidenced in the traditional skill of steam bending wood, a painstaking process that produces complex forms that cannot be replicated with more modern methods.

“I love the grain and texture of wood and the contrasts you find in the likes of walnut and oak,” Ambrose explains. “And steam bending allows you to create fluid and twisting shapes which mirror the natural movement of air, giving my work some of its fluidity. And of course, wood contrasts really nicely with the more modern processes and materials, which are harder and more angular.”

Ambrose’s latest work is his most ambitious to date, demanding a deep dive into CAD and 3D printing alongside precise hand skills and, perhaps above all else, superhuman levels of patience. The concept is a half size model of the 917 Kurzheck, built almost entirely from narrow gauge aluminium and carbon fibre tubing. The aluminium sections replicate the car’s original chassis design, while the carbon elements make up body and wheels, subtly stretched in Ambrose’s signature style to accentuate that sense of motion. The work is made up of some 2,000 individual components, joined together by incredibly intricate 3D printed connectors designed by Ambrose during a torturous two-month period on the computer that preceded a three-week build.

“I’d been working with sleeker and more elongated forms for a while,” says Ambrose, “inspired by that moment when a car designer has an initial idea and loosely sketches a form in its purest sense, before functional things like headlight height get in the way. The half-scale 917 is based on the 1971 Le Mans winner which was not only so dramatic to behold, but had this radical magnesium chassis hidden beneath, making it even lighter and more delicate. Beautiful but also fragile.”

Ambrose’s art serves to highlight the paradoxical relationship between such intricate engineering and the raw physicality of racing. And his next project, currently in the early design stages, promises to go one bigger. Quite literally. “My ambition this time is to do a full-scale model in the same vein as the 917,” he says, “hopefully as a centre piece of an exhibition or show. Porsche celebrates the 40th anniversary of the 956 next year, which creates a fascinating if challenging proposition for me. It’s another beautiful and unmistakable form with another extraordinary backstory. I can’t wait to see how it evolves.” 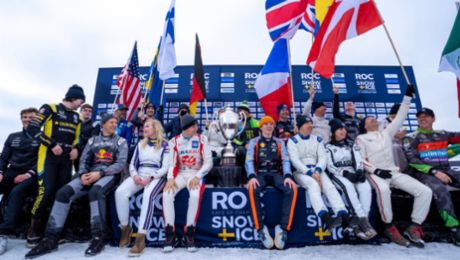