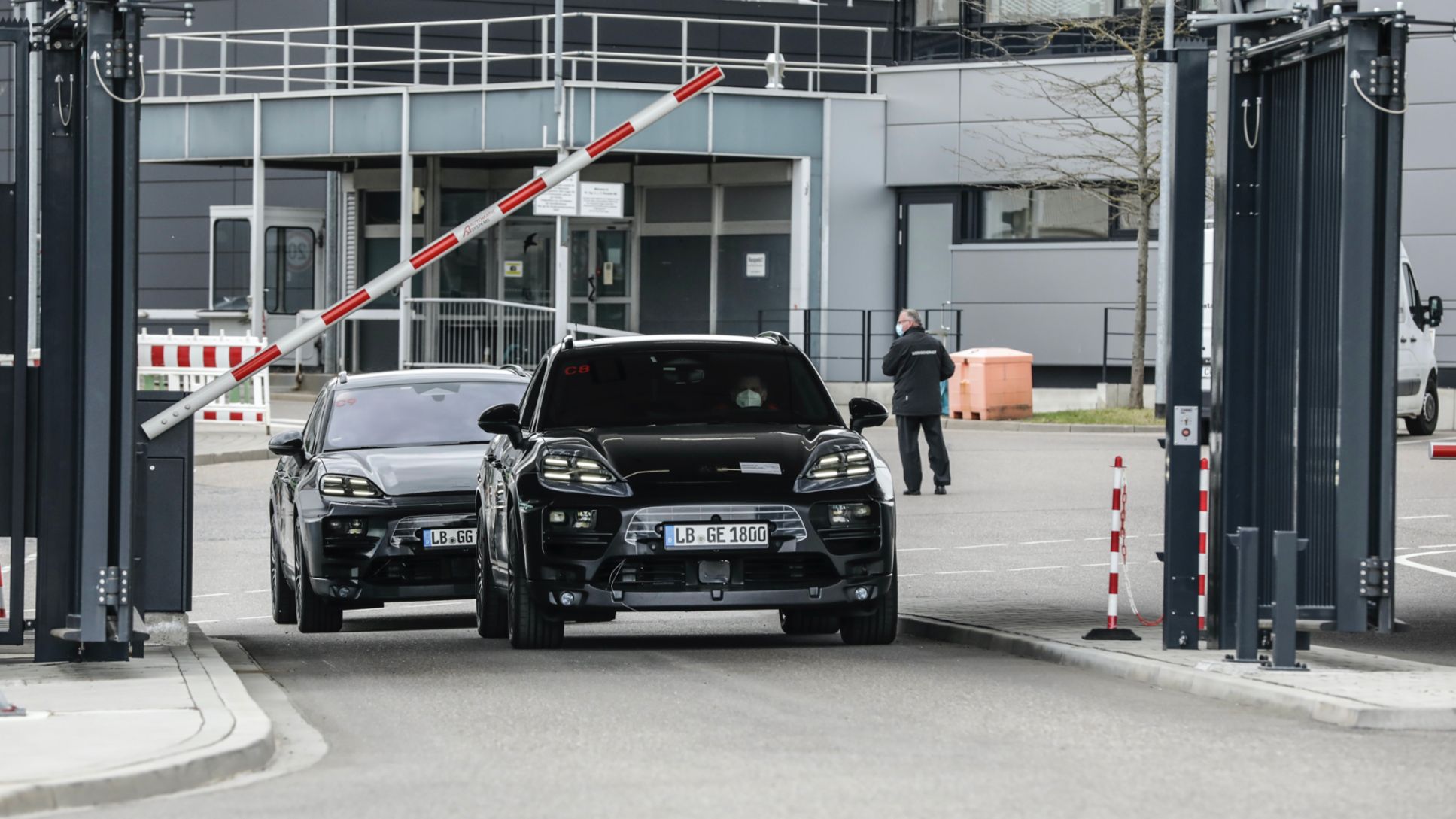 The all-electric Macan is ready to be tested on the road: after initial testing and development on the proving grounds of the Porsche Development Center in Weissach, the highly-camouflaged next-generation prototypes of the compact SUV are now leaving the Porsche premises for the first time. “Testing in a real-life environment is now getting underway – one of the most important milestones in the development process,” says Michael Steiner, Member of the Executive Board, Research and Development, at Porsche AG. By the time the production version of the all-electric Macan celebrates its world premiere in 2023, it will have covered some 1.8 million test miles worldwide in varying conditions. The prototypes are also able to incorporate the experience gained from many miles of testing – driven in a virtual space.

Digital development and testing not only saves time and costs, it also enhances sustainability by preserving resources. Instead of real vehicles, the engineers use digital prototypes – computational models that accurately replicate the properties, systems and powertrains of a vehicle. There are 20 digital prototypes for the purpose of simulation in a number of development categories, such as aerodynamics, energy management and acoustics. “We regularly collate the data from the various departments and use it to build up a complete, virtual vehicle that is as detailed as possible,” explains Dr. Andreas Huber, Manager for digital prototypes at Porsche. This allows previously undiscovered design conflicts to be swiftly identified and resolved.

The aerodynamics specialists are among the first engineers to work with a digital prototype. “We started with a flow-around model when the project first started about four years ago,” reports Dr. Thomas Wiegand, Director of aerodynamics development. Low aerodynamic drag is fundamental to the all-electric Macan with a goal to providing a range suitable for everyday use, including longer trips. Even minor airflow enhancements can make a huge difference. The engineers are currently using simulations to fine-tune details such as the cooling air ducts. The calculations not only take into account different arrangements of the components, they also reflect real-life temperature differences.

Virtual testing with the new display and operating system

New methods now allow very precise simulation of both aerodynamics and thermodynamics. “The digital world is indispensable to the development of the all-electric Macan,” says aerodynamics expert Wiegand. The electric powertrain – from the battery to the motor – requires a completely separate cooling and temperature control concept, one that is very different from that of a conventionally powered vehicle. While a temperature window of 190 to 250 degrees Fahrenheit is the target for combustion engines, the electric motor, powertrain electronics and high-voltage battery of a battery electric vehicle require a range of between 70 and 160 degrees Fahrenheit, depending on the component. The critical scenarios don’t occur on the road but rather during high speed power charging at high outside temperatures. However, the Porsche developers are able to precisely calculate and digitally optimize position, flow and temperature.

Virtual prototypes can be combined with real-world scenarios at an early stage. The best example here is the development of a completely new display and operating concept for the all-electric Macan. The display and operating concept can be brought to life in an early development phase in conjunction with the digital prototype, by using what is known as a “seat box” to recreate the driver’s environment. “Simulation allows us to assess displays, operating procedures and the changing influences during a journey from the driver’s point of view,” explains Fabian Klausmann of the Driver Experience development department. This allows all interaction between driver and vehicle to be studied down to the last detail, enabling selective optimization even before the first physical cockpit has been built.

Development goal: to be the sportiest model in the segment

The first physical prototypes of the all-electric Macan were built based on the data obtained from the simulations. These are then regularly adapted based on the virtual refinement process.

By the same token, the findings from road testing are fed directly into digital development. “Endurance testing on closed-off testing facilities and on public roads in real-life conditions is still indispensable to ensure that the vehicle structure, operational stability and reliability of hardware, software and all functions meet our high quality standards,” says Member of the Executive Board Michael Steiner.

The demanding test program for the all-electric Macan, carried out under the extremes of climatic and topographical conditions, includes tests such as the charging and conditioning of the high-voltage battery, which has to meet very rigorous standards. “Like the Taycan, the all-electric Macan, with its 800-volt architecture, will offer typical Porsche E-Performance,” promises Steiner, citing development goals such as range suitable for everyday use, high-performance fast charging capabilities and repeatable best-in-class performance figures: “The all-electric Macan will be the sportiest model in its segment.”

Updated version of the current Macan with combustion engine

The world premiere of the all-electric Macan – the first Porsche to be built on the Premium Platform Electric (PPE) – is planned for 2023. Porsche is ensuring it remains flexible for the transition to pure electromobility. “Demand for electric vehicles continues to rise, but the pace of change varies considerably across the world. That’s why we’re going to launch another conventionally powered evolution of the current Macan in the course of 2021,” says Michael Steiner. The updated combustion-engined Macan models will be offered alongside the all-electric Macan in the future to meet different customer demands. Until it is launched, however, the all-electric Macan still has millions of test miles to cover – both in real life and virtually. 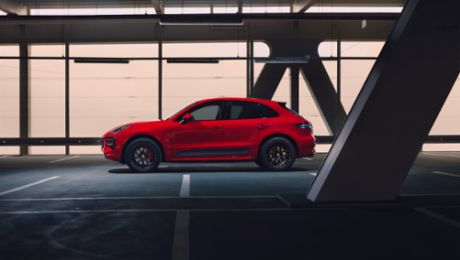