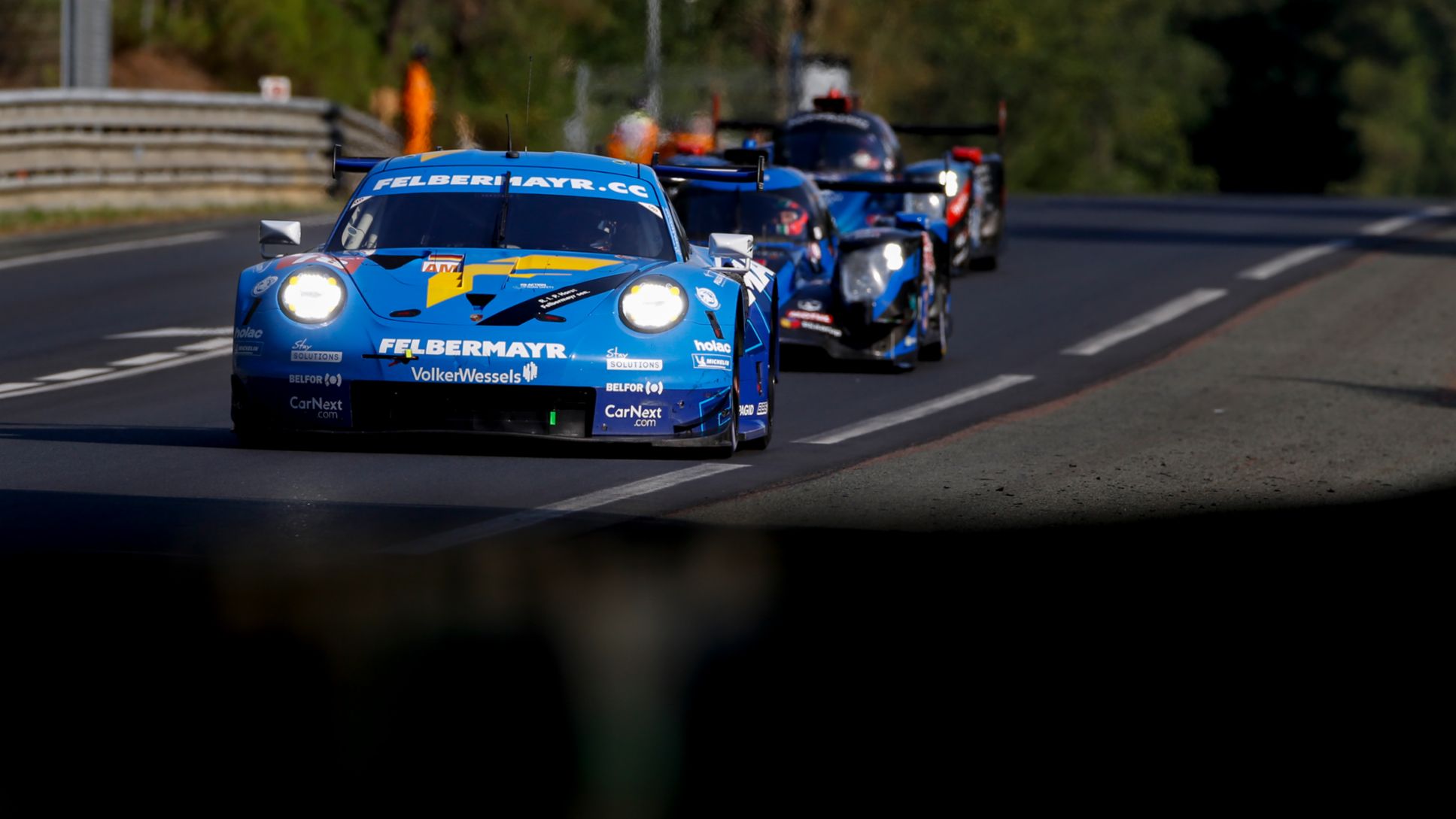 This weekend six Porsche customer race teams will ring the new year back into life with the sound of normally aspirated flat-six race engines in Daytona Beach, Florida to ready for the Rolex 24 At Daytona endurance race the following weekend.

Any sense of the familiar is a welcome sight in these “unique” times and the ROAR Before the Rolex 24 is a very familiar and welcome sight to start the new year. While the traditional first weekend of January date for the multi-day IMSA WeatherTech SportsCar Championship and IMSA Michelin Pilot Challenge open test has been moved to January 22 – 24, its importance as a tuning tool for teams and machines has remained. This weekend six Porsche customer race teams will ring the new year back into life with the sound of normally aspirated flat-six race engines in Daytona Beach, Florida to ready for the Rolex 24 At Daytona endurance race the following weekend.

The storied history of Porsche motorsport has been built on privateer entrants. With the conclusion of the 2020 IMSA season, the seven-year success story of the Porsche GT Team factory program came to an end ushering the customer teams back into the spotlight. In the top GT class, GTLM, new faces will blend with veterans as Proton Competition – a longtime Porsche entrant and winner in the FIA World Endurance Championship (WEC) and at the 24 Hours of Le Mans – will make its IMSA debut in partnership with a returning Porsche operation. Known as WeatherTech Racing, the combination brings the Porsche 911 RSR knowledge of Proton to the IMSA record of WeatherTech. Competing in the top GT class against the best factory operations in North America, the ROAR is a key learning tool for Porsche factory drivers Gianmaria Bruni (Italy), Kévin Estre (France) and Richard Lietz (Austria) along with Porsche Young Driver Academy graduate Cooper MacNeil (Hinsdale, Illinois) to learn each other and the most advanced racing Porsche 911 on the planet at the 3.56-mile infield road course of the Daytona International Speedway.

While many may stay focused on the factory teams in the GTLM or prototype classes, it will likely be the customer programs of the WeatherTech Championship GTD class where the best racing will take place in 12 days. In the class of 20 cars, 25 percent are built in Weissach, Germany. The five Porsche 911 GT3 R race cars are entered by a quintet of experienced race teams. Pfaff Motorsports brings the popular “Plaid Porsche” back to the IMSA WeatherTech GTD class after COVID restrictions kept the Canadian team in its home and native land for all but two races in 2020 – one of which was the Rolex 24 where they finished a frustrated 13th in class after a strong run for most of the early going. Owned and operated by Canada’s largest Porsche dealer, Pfaff Porsche, the No. 9 Porsche 911 GT3 R will be piloted by Porsche factory driver and 2019 WeatherTech GTLM Champion Laurens Vanthoor (Belgium), Porsche factory ace Matt Campbell (Australia), past Porsche GT3 Cup Challenge Canada (2018) and WeatherTech Sprint Cup (2019) champion Zach Robichon (Canada) and Porsche Test and Development Driver Lars Kern (Germany).

Wright Motorsports, recognized as a leader among even the elite of Porsche customer programs, returns with the stellar lineup that saw them finish as runner-up in the 2020 class championship and notch a win at the season-closing Mobil 1 Twelve Hours of Sebring. The No. 16 Wright Motorsports Porsche 911 GT3 R will be led by North America’s only Porsche “works” driver Patrick Long (Manhattan Beach, California) again teamed with fulltime co-driver Ryan Hardwick (Atlanta, Georgia). Belgium’s Jan Heylen – who lives in Dunedin, Florida – is back as a third for the endurance races along with his full-season role co-driving with Hardwick in the Wright Motorsports-prepared Porsche 718 Cayman GT4 Clubsport in the Michelin Pilot Challenge. Young Porsche specialist Klaus Bachler (Austria) rounds out the car for the Ohio-based entry. Wright will also play a supporting role with the No. 64 Team TGM Porsche. New to the WeatherTech Championship but returning to the Porsche-fold, the Georgia-area based organization owned by Ted Giovanis (Highland, Maryland) brings the seasoned driver pairing of Giovanis, Owen Trinkler (Nashville, Tennessee) and brothers Hugh and Matt Plumb (Wilmington, Delaware and Chesapeake City, Maryland respectively) together at the three-day test session.

The two remaining Porsche privateers on the entry list for the ROAR include one of the most experienced and one of the least experienced programs campaigning the rear-engined, Porsche GT3-spec race car. New to the Porsche paddock – and new as an organization – Team Hardpoint EBM (Earl Bamber Motorsports) sees 2019 WeatherTech GTLM Champion Earl Bamber (New Zealand) taking-up his role as an owner/driver in the No. 88. Joining the popular Porsche star will be fellow owner Rob Ferriol (Fayetteville, North Carolina) who will be making his first start in the Rolex 24 and in a Porsche 911 GT3 R. Ferriol does have two seasons of Porsche GT3 Cup Challenge USA experience under his belt to ease the learning curve. Also helping that curve will be Katherine Legge (Great Britain) and Christina Nielsen (Denmark). Legge is making her competitive debut after season-ending injuries in 2020. The former IndyCar driver and multi-time IMSA GTD class winner will be making her first start in a Porsche. Nielsen is a two-time WeatherTech GTD Champion (2016, 2017) marking her return to Porsche with Team Hardpoint EBM having last won a GTD class race with the German marque in 2018.

Black Swan Racing is one of the more veteran Porsche teams in the 2021 paddock. The No. 540 Porsche 911 GT3 R is entered for owner/driver Timothy Pappas (Boston Massachusetts), IMSA GTLM Champion and Porsche great Patrick Pilet (France), GTD class winner Patrick Lindsey (Santa Barbara, California) and 2020 Porsche Mobil 1 Supercup Champion Larry ten Voorde (Netherlands). The Black Swan machine finished in fifth-place in the 2020 edition of the Rolex 24, one position behind the No. 16 Wright Motorsports Porsche 911 GT3 R who jump-started its year with a fourth-place in class last January.

Between 2014 and 2017, Porsche underlined its expertise in the field of highly efficient, high-performance hybrid powertrains with the 919 Hybrid. In the FIA WEC, the LMP1 class prototype won three times in a row at the Le Mans 24-hour classic. Porsche also clinched the manufacturers’ and drivers’ championship titles three times straight. The return to IMSA competition marks the first time since 2010 that Porsche has competed in the top ranks of North America prototype racing when the last Porsche RS Spyder LMP2 class thoroughbred ran in the IMSA-sanctioned American Le Mans Series. 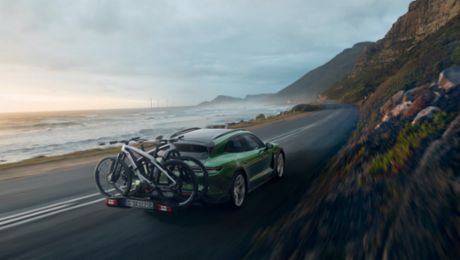 Porsche is expanding its range of e-mobility products and introducing two new e-bikes to the market, both of which reflect the timeless design, outstanding technical features and fascination of the Porsche brand. 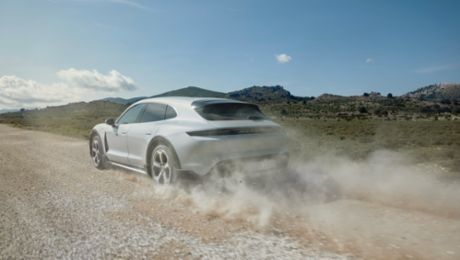 World Premiere of the Cross Turismo: the all-rounder among electric sports cars 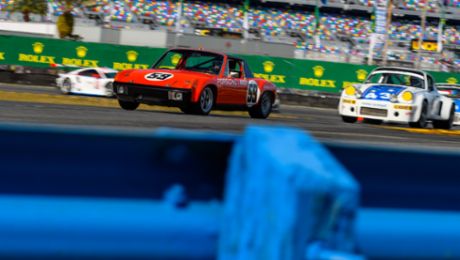