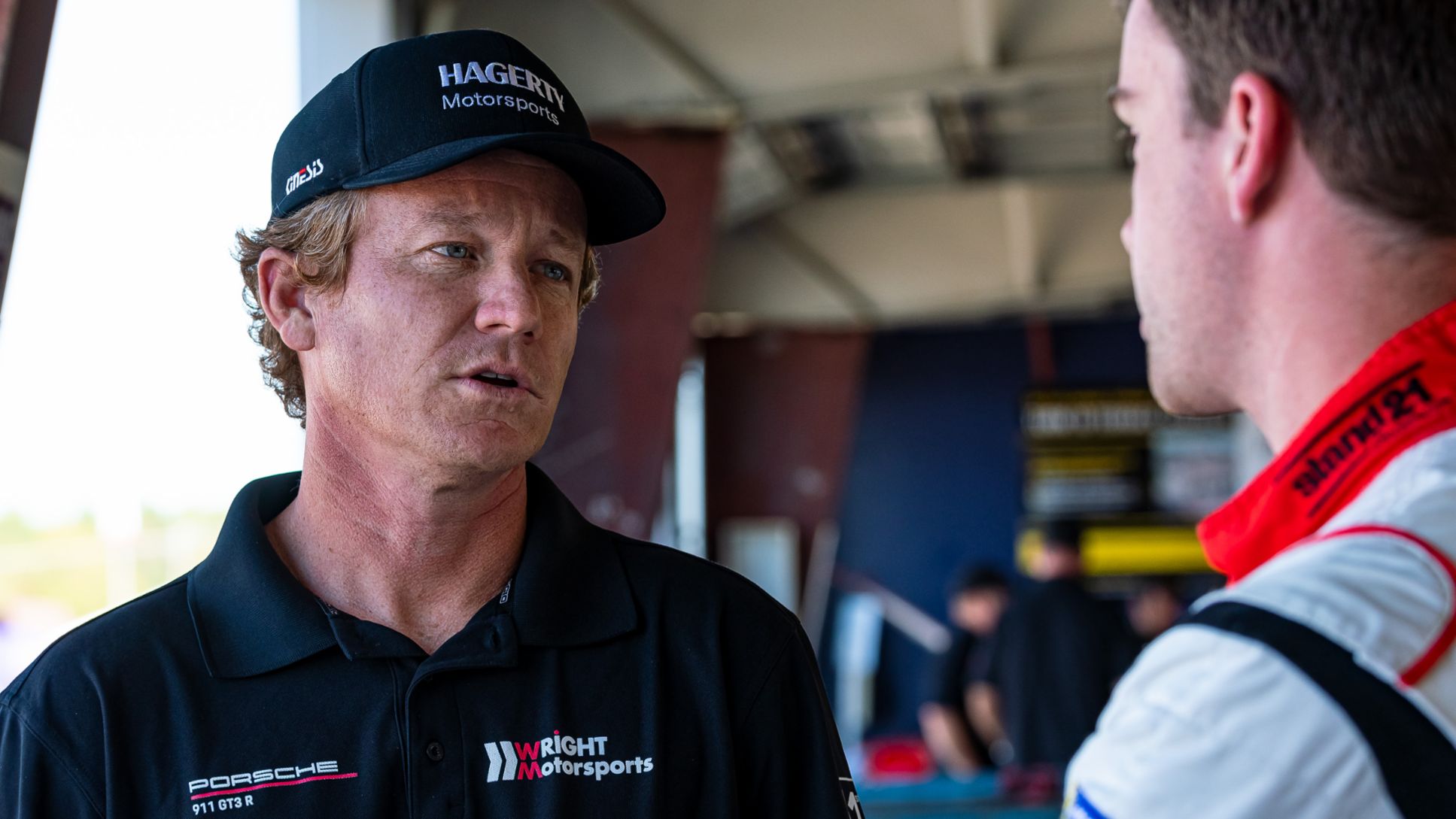 After a 20 year professional racing career, over 50 victories and six major sports car championships, North America’s only Porsche factory driver of this century will step back from full-time racing and take-up another mantle within the world of Porsche.

In his career, Patrick Long (Westlake Village, California) has become synonymous with the German sports car manufacturer and that will continue to grow for years to come. The Californian will maintain his vital place within the Porsche community, particularly in North America, as a voice of the marque through roles with both Porsche Cars North America (PCNA) and Porsche Motorsport North America (PMNA) effective immediately.

Long extends his legendary reputation into new positions within the brand both on the new product consumer side and within its motorsport efforts. The 40-year-old brings a wealth of practical experience in not only auto racing and automotive performance, but also a deep well of knowledge in brand development, customer relations, public relations, marketing and more as Porsche Cars North America ambassador. In addition to his role with PCNA, Long remains an intricate part of the planning and execution of key Porsche Motorsport programs in North America through PMNA as Competition Advisor. While he will no longer pursue full-season rides at the top-level, his new role will allow the technical-minded driver an opportunity to test and compete in current machinery while assisting Porsche customer and factory teams where needed. To satisfy the keen competitive nature that made him a legend on-track, Long also plans to strap into the cockpit of historic and vintage Porsche racing machines at some of the largest automotive events around the globe.

Long, who has grown his on-track results into off-track successes including the wildly popular Luftgekühlt car culture event, came to Porsche in 2002 having won the Porsche Junior [driver] selection shootout. While still in his early 20s, Long was signed to race for the world’s winningest auto manufacturer, but he had already spent much of his early career racing karts and formula cars on the international stage. His hall of fame-level accomplishments as an 18-year member of the Porsche factory team include two 24 Hours of Le Mans victories (2004, 2007),  three wins at the Mobil 1 Twelve Hours of Sebring (’05, ’14, ’20) and a Rolex 24 At Daytona win (2009) in addition to three IMSA championships and two SRO titles. He has nearly 150 career starts in the top IMSA race series.

Patrick Long, Porsche factory driver, has two Porsches that he loves above all others—the water-cooled Porsche 911 GT3 R he drives on the racetrack and a classic 1973 911 E. His favorite event with the 911 E is Luftgekühlt, an annual gathering that he initiated in Los Angeles for vintage air-cooled Porsches.

Long’s driving tastes expand beyond the Porsche 911-based race cars he has become so closely linked. Within the Porsche family, he earned victories in the Porsche RS Spyder and the Daytona Prototype categories, but his record also includes non-Porsche drives with starts and victories in NASCAR’s top divisions, V8 Supercars and the Baja 1000. With an “old school driver” approach, Long also has racing wins at the Classic 24 at Daytona, Porsche Rennsport Reunion and at Monterey’s Rolex Reunion.

“My passion for motorsports has not lessened since the first time I sat in a kart. In fact, I would say it is greater than ever before. But, in the last several months I have recognized that the focus of that passion has gradually shifted. I still love to race, to make a Porsche do what I want it to do and, most of all, to win. But that passion is now more fulfilled by taking part in the bigger picture. To support the brand that has supported me and to help usher in a future of Porsche Motorsport that holds true to where Porsche came from."

"I am honored and excited by these new roles with Porsche Cars North America and Porsche Motorsport North America. It is bittersweet, of course, to not be lining up at the Rolex 24 in 2022 after 18 consecutive starts,  but I know that this is the right decision for me, and I am excited to help steer the future of Porsche in a different but equally fulfilling way.”