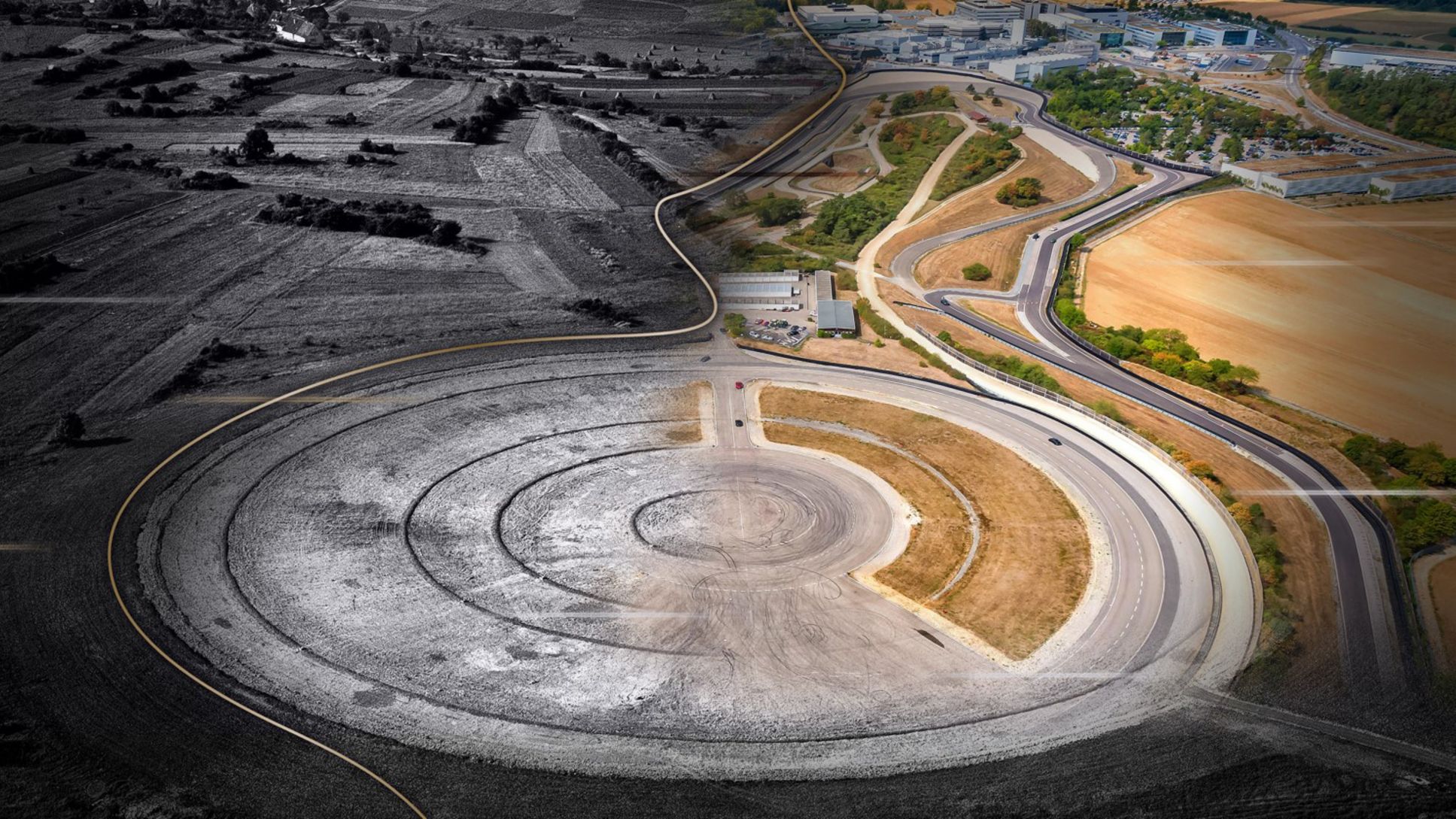 The Development Centre currently covers an area of around 247 acres and 6,700 people are employed at the site. Such figures were not yet imaginable when Porsche began the search for its own test track in the 1950s. Back then, motorsport and road driving still served as the major test fields for new developments such as the Porsche 356. Finding the right site was initially a little difficult, also because Ferry Porsche attached great importance to environmental protection and, for example, did not want to sacrifice fertile fields to the test track. Herbert Linge, a former racing driver, then gave him the decisive tip: “I was able to convince Ferry Porsche of Weissach, my hometown, at the end of the 1950s. It is logistically and conveniently close to Zuffenhausen and is far enough in the country to attract little attention. And of course, there was more space here to build a test track than in the city."

On January 29, 1960, the then test engineer Helmuth Bott recorded the Weissach Project for the first time in a memo with sketches. On October 16, 1961, Ferry Porsche broke ground for the first phase of construction at the new test site in the Weissach and Flacht districts, 15 miles west of Stuttgart. A circuit - called a skid pad - and other test tracks were created, on which prototypes could be tested up to their load limits. For example, the Porsche 901 was brought to market maturity here.

With the increasing use of the new test facilities in the 1960s, the plans for the construction of an integrated research and development center in Weissach became more concrete. The expertise of the departments and professions spread across the Zuffenhausen and Weissach locations were to be bundled. In 1969, construction began for the Weissach Development Centre. On October 1, 1971, the Porsche development department, including the company's own motorsport division, moved to Weissach and the Porsche Weissach Development Centre was officially put into operation with 500 employees. 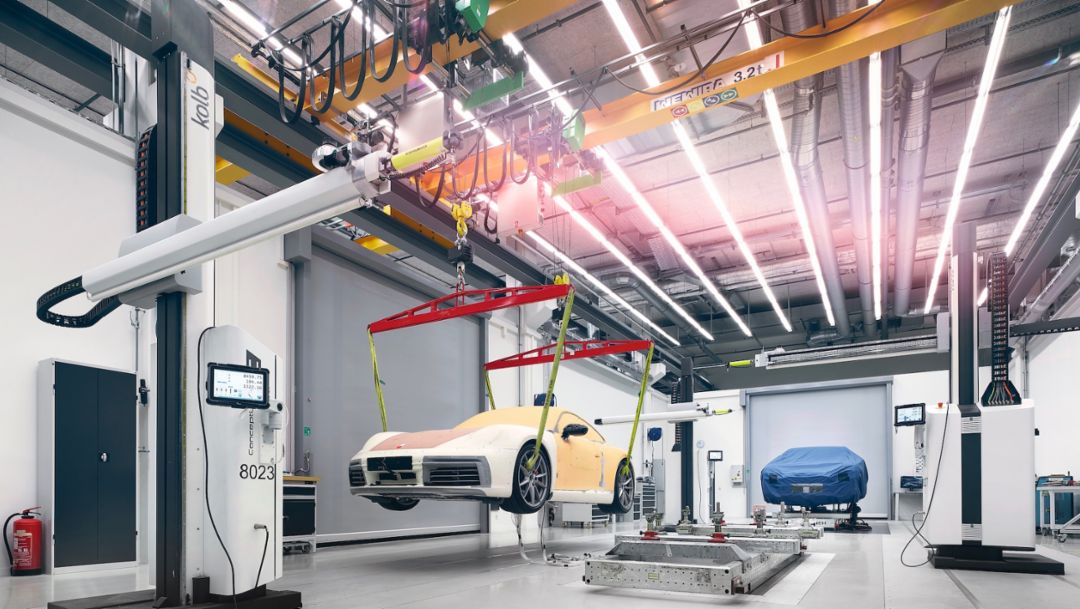 The Porsche Style department followed in 1972. By 1974, a building, which is still iconic today, was built in the shape of a standard hexagon, with the intention of creating the ideal working conditions and opportunities for collaboration. The Development Centre was designed as a composition of several small think tanks, with the central “brain” being assured high response and development speeds thanks to the short “neural pathways.” In total, the core hexagon with its two extensions built in 1984 and 1992 as well as the Porsche Style office formed more than 75,000 square feet of office and studio space. At the same time, Porsche was continuing to expand its testing capacities. By the mid-1980s, a measuring center for environmental technology and a test building for engines and power units were built, among other new facilities. In May 1986, Porsche opened what was then the most modern wind tunnel in the world.

Due to the advancing development of vehicle technology, the requirements for the infrastructure of the Weissach Development Centre also changed. “Since 2010 we have invested hundreds of millions in the construction of new buildings and systems. A sum in the hundred-million range is also available for current projects,” explains Michael Steiner, Board Member for Research and Development at Porsche AG. A second access road, a complete vehicle test building, a center for safety tests and a climatic wind tunnel are currently being built in the southern area of the development access road. The site will be expanded by 30 acres by 2025.