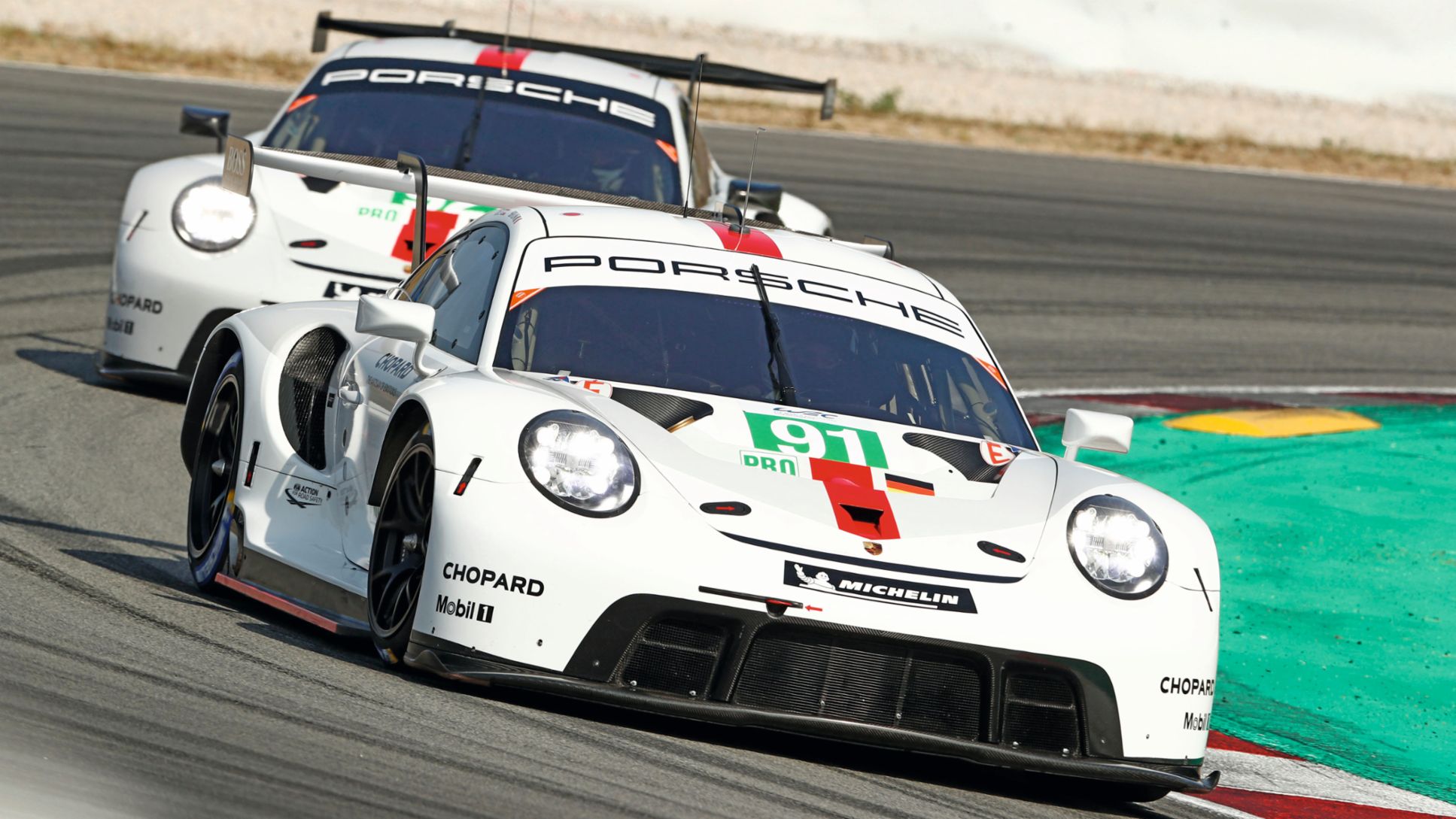 For the current season, the Porsche GT Team takes up the hunt for more successes on the world stage.

Like in previous years, two of the latest generation Porsche 911 RSR will be fielded in the Sports Car World Endurance Championship WEC. Due to the restructuring of the World Endurance Championship calendar, the 2018/19 season concluded with the 2019 Le Mans 24-hour race. The 2019/2020 season begins in September with the four-hour race in Silverstone (Great Britain) before heading to Japan, China, Bahrain, Brazil, the USA and Belgium, finishing with the Le Mans 24-hour highlight in 2020. After outstanding successes during the 2018/2919 season, Porsche claimed an early world manufacturers’ title. In the important US market, Porsche once again faces stiff competition from other manufacturers with its works squad. For 2019, two Porsche 911 RSR aim to bring the IMSA WeatherTech SportsCar Championship title home to Stuttgart. Eleven races in the USA and Canada make up the calendar.

While the works campaign in the Sports Car World Endurance Championship WEC is run by the German Manthey-Racing team, Porsche again relies on the successful partnership with the Core Autosport team in North America. Sharing the cockpits of the two 911 RSR in the GTLM class are works drivers Nick Tandy and Patrick Pilet (No. 911) as well as Earl Bamber and Laurens Vanthoor (No. 912). For the long-distance classics at Daytona, Sebring, Watkins Glen and Road Atlanta, they are joined by works drivers Frédéric Makowiecki and Porsche Young Professional Mathieu Jaminet. In the GTD category, customer squads run the latest version of the Porsche 911 GT3 R. The sports car manufacturer from Weissach supports its customers with works drivers and technical support.

For decades, engines and motor racing have been his world. Friedrich “Fritz” Enzinger worked in the motorsport department at BMW for many years, where he gained a wealth of experience, most notably in Formula 1 – and at the 24 Hours of Le Mans. The Austrian moved to Porsche in 2011 and put together the LMP team: with new premises, new personnel and a new car.

Four years later he celebrated his greatest successes with the Porsche 919 Hybrid: the 17th overall victory for Porsche at Le Mans and winning the manufacturer and team titles in the FIA World Endurance Championship. Under his leadership, he repeated this feat in 2016. In 2017, the Porsche LMP team left the prototype stage with another overall victory at Le Mans and with more world championship titles. Born in Styria, Enzinger, whose hobby is Icelandic horses, took over the position as Vice President of Motorsport at Porsche in January 1, 2019 and promptly celebrated the manufacturers’ and drivers’ world championship titles in the WEC as well as victory at the 24 Hours of Le Mans. Parallel to this, Enzinger coordinates the motorsport activities of the Volkswagen Group.

Technology and motorsport: These themes run like a common thread through the professional career of Pascal Zurlinden. Born on March 3, 1982, in France, Zurlinden trained as an automotive engineer and holds a Master of science in Motorsport Engineering and Management. With his passion and qualifications for race technology, Zurlinden has supported French racing teams, the DTM department in the Opel Performance Center, as well as the Phoenix Racing squad. Technical head, data, tests, simulations, racing or strategy engineer – Zurlinden has gained a broad base of expertise.

In 2008, he moved to Audi Sport and spent several years there working on the preparation, implementation and follow-up of the technical aspects of the DTM vehicles. The trilingual engineer, who also holds a Swiss passport, has been with Porsche at the R&D Centre in Weissach since 2014. His first task there was as test and strategy engineer in the LMP1 project.

In 2017 he took over responsibility for the “Balance of Performance” in the GT field, and the role of Director of GT Factory Motorsports in 2018. Under his leadership, Porsche achieved prestigious wins at Le Mans, Bathurst and Spa as well asat North American races including Sebring and Road Atlanta. The Porsche GT Team is the current manufacturers’ world champions in the WEC. The driver duo Kévin Estre and Michael Christensen also secured the WEC world championship title in the drivers’ classification.