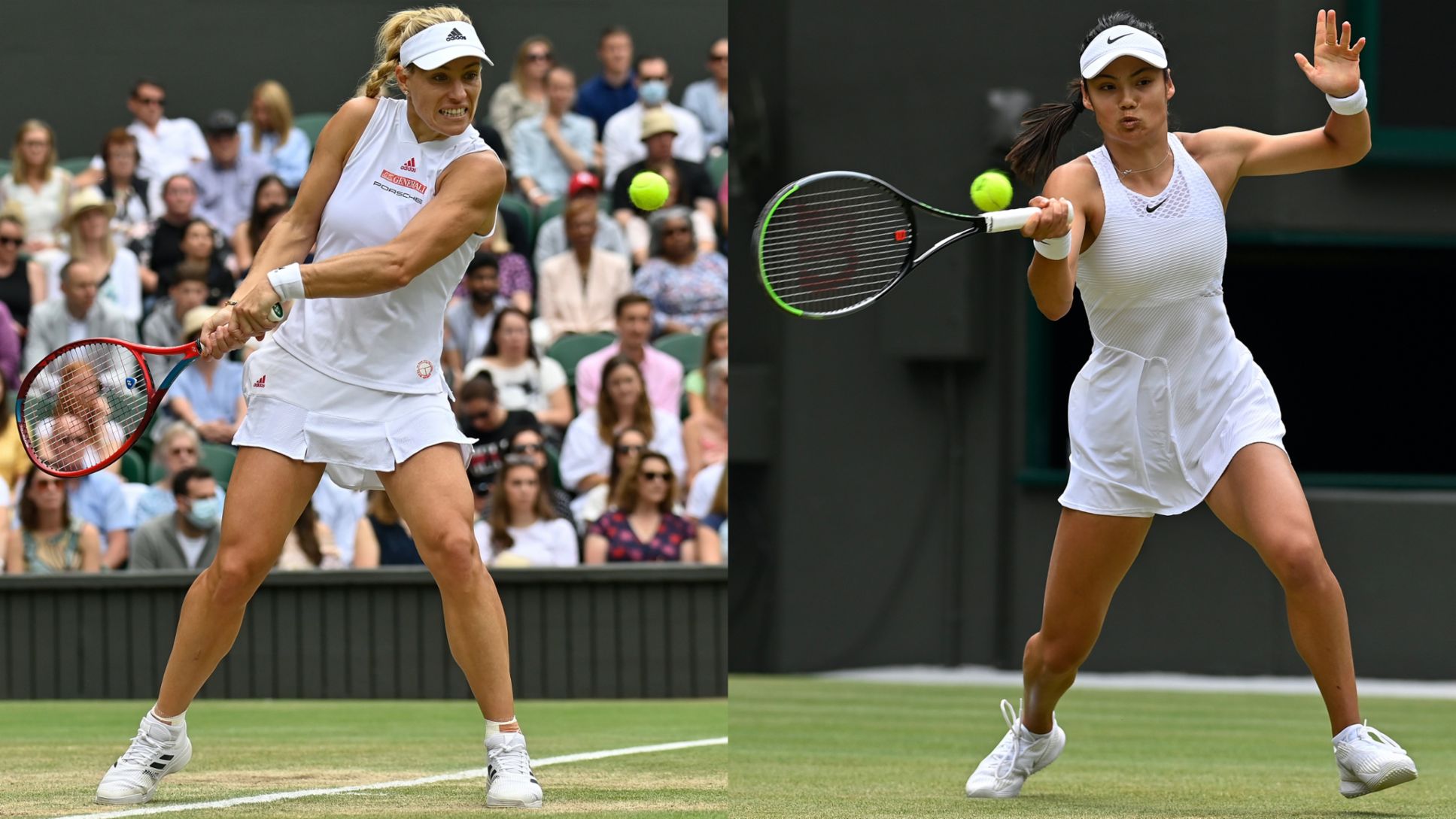 Angelique Kerber and Emma Raducanu stand for two generations of women players. The thing that unites the Porsche Brand Ambassadors is their love of Wimbledon. The 34-year-old German has already won the Grand Slam in southwest London, the 19-year-old Briton is still dreaming of winning there. They both spoke to the Porsche Newsroom about their return to Wimbledon, their feelings and hopes and why it is the world’s greatest tennis tournament.

Angelique, Emma – not long to go to Wimbledon. How much are you looking forward to it and how well prepared are you for the year’s most important tournament?

Angelique Kerber: “One is always prepared for Wimbledon. Those that know me, know how much I look forward to the grass court season every year. As it’s relatively short, I enjoy it all the more intensively. With me, that’s how I feel right way when I go out on court to practice for the first time on grass. The special feeling, one that is bound up with so many memories, actually kicks in during the first rally. It’s something I just experienced once again at the Bad Homburg Open.”

Emma Raducanu: “I’m really looking forward to Wimbledon. It’s my favourite tournament just because it’s such a special place, an amazing atmosphere and great memories ever since I was a child. The British fans are really great as well, so I’m looking forward to playing in front of them again.”

What is special about Wimbledon? The tradition, the location, the strong competition?

Kerber: “The unique flair fascinates me anew every year. The great tradition, the spirit of Wimbledon can be felt in every corner of the grounds. I’m especially fascinated by how quiet everything is on Centre Court. The crowd obviously applauds but during the rallies there’s somehow a characteristic tranquillity.”

Raducanu: “It’s all the attributes. I’d say the tradition is what makes it the most special. So many incredible stories and moments at the tournament over the years. I also think the ambience at Wimbledon is unique in tennis and that is also special.”

Angelique, when you look back on your win in 2018, what pictures do you have in your head?

Kerber: “Obviously the match point against Serena. The moments afterwards that somehow went by as if in slow motion. Then the prize giving, the Champions’ Dinner the next evening. It’s all still very much alive in my mind.”

What kind of feeling is it for you returning to Wimbledon as a former champion?

Kerber: “Returning obviously comes with many memories and emotions that will accompany me my whole life. I fulfilled my childhood dream on Wimbledon’s Centre Court. I invested a lot for it, had to get over setbacks but winning made up for everything.”

How important is it to always be a part of Wimbledon history?

Kerber: “It’s a big honour. Just seeing one’s name on the roll of honour gives me goosebumps. The Wimbledon title has something everlasting about it and has an enormous appeal and it is something you become so fully aware of over the course of time.”

Emma, you dreamt of playing in Wimbledon when you were a child. How did it feel when the dream came true in 2021?

Raducanu: “It was just amazing, I had so much fun and didn’t want it to end. The fans were so great and I really felt them getting behind me. Having gone there and been so inspired as a child, trying to get autographs, to then be in Wimbledon playing on big courts myself was quite surreal. I played in juniors and had a great time as well, making the quarterfinals, so 2021 wasn’t quite the first time playing there and that previous experience definitely helped. Just a lot of good memories of Wimbledon.”

You passed your A levels with top grades just before Wimbledon in 2021. How important was it for you to stay at school after your first wins on the tennis circuit? And how hard was it for you to combine the two?

Raducanu: “School was always very important for me growing up and the option of finishing early was never on the table. Of course, it was challenging because I was often missing classes and trying to catch up, then I also wasn’t always able to play as many tournaments as others, so it was difficult on both sides. But I’m glad I did it that way, I was very competitive in class as well and worked very hard to try and get good grades.”

You are very fashion conscious. Does it bother you having to play in white in Wimbledon?​

Raducanu: “I think one of the best things about Wimbledon is tradition. Playing in all white brings a pristine look and feel, so it doesn’t bother me at all. We have every other tournament of the year to wear whatever colour we like, so it’s fine with me.”

You have been a Porsche Brand Ambassador for the last three months. In this time, you have played at the Porsche Tennis Grand Prix and enjoyed a few other activities. What has impressed you most of all?

Raducanu: “Yes, I’ve had so much fun with Porsche already. The Porsche Tennis Grand Prix is one of the best tournaments on the calendar. I’d say the best moment for me was going to Brands Hatch just as a fan to watch Carrera Cup and I managed to get in the garages and speak to a lot of the engineers. I was also able to do a lap in the safety car. That was really eye-opening and I want to keep learning about the engineering side of motorsport. Another impressive moment was driving the all-electric Porsche Taycan – that really convinced me that electric cars can be very powerful and exciting to drive.”

What things would you still like to experience with Porsche?

Raducanu: “So many things! Looking forward to getting on the track and learning from the best how to race. And how you drift. Ideally driving some great cars! I’d like to learn a lot more from the Carrera Cup teams, the mechanics and talking to the engineers is really interesting.“

Angelique, back to Wimbledon. Are you able to simply sit back and enjoy the tournament or are you too ambitious?

Kerber: “As a professional tennis player, you obviously want to be successful, especially at Grand Slams. Everything takes a back seat to achieving one’s goal. But during a tournament you still have moments every now and again when you can sit back a bit and take it all in. In Wimbledon for example, most of the players don’t stay in hotels but in rented houses close to the grounds. In between times, it’s wonderful withdrawing there and switching off.”