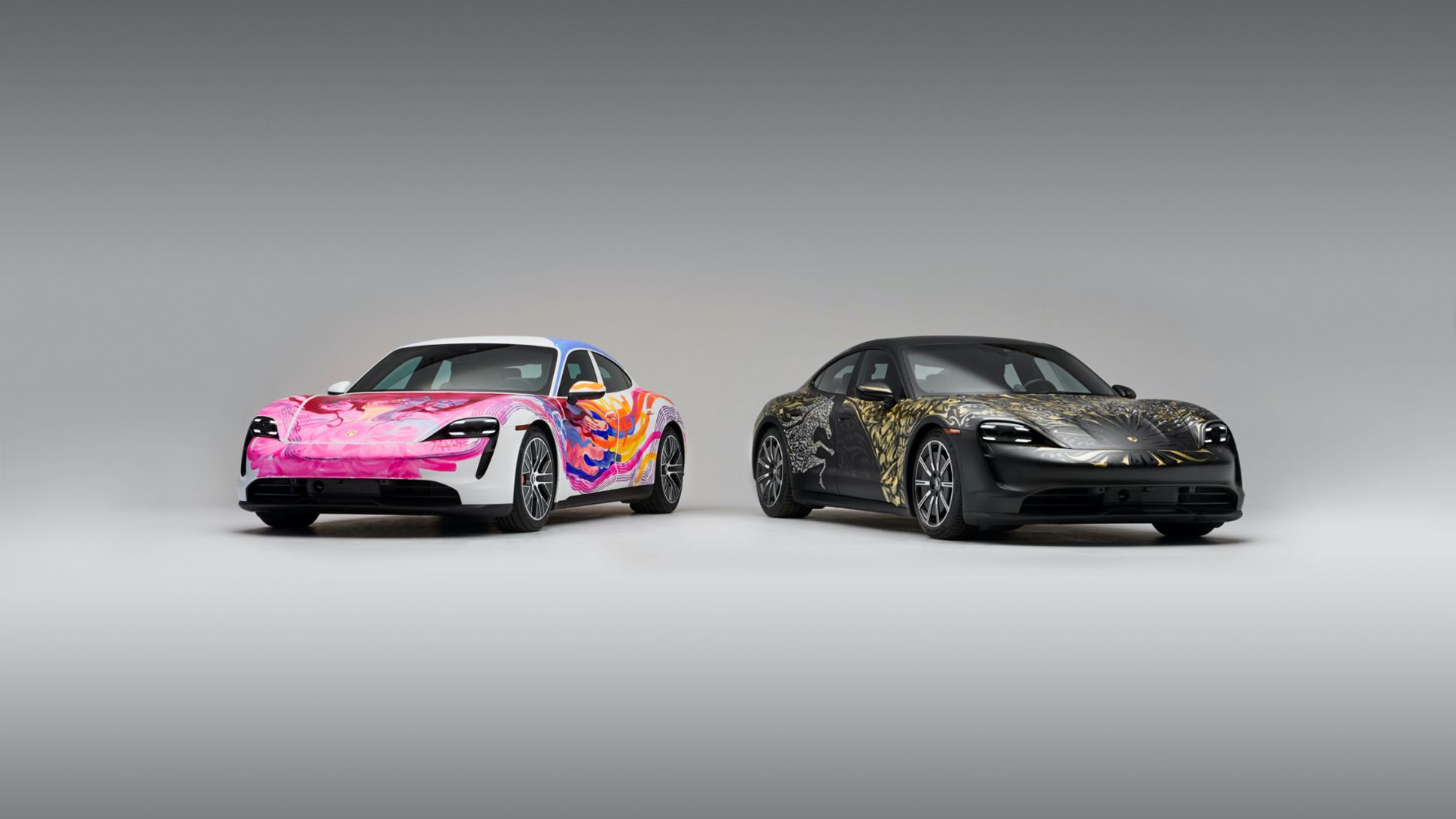 Porsche enjoys a long and colourful history of art cars, one-off expressions of unfettered imagination that highlight and celebrate the appeal of the marque around the world. From Janis Joplin’s psychedelic Sixties 356 to Richard Phillip’s 911 RSR that won its class at Le Mans in 2019, the art car is a deep-seated part of Porsche culture and one that is finding new life in the next generation.

Porsche Cars Canada recently teamed up with Art Battle, an international organisation that brings together up-and-coming new artists for time-limited knock-out competitions with the ultimate goal of finding regional and national champions in numerous cities around the world. This unprecedented round of the 2021 Art Battle Canada would see two hotly tipped local talents in modern urban art invited to create their own unique liveries for the Porsche Taycan. And to do so in front of a live audience – on the car itself.

The event, dubbed ‘The Art of Electric’, was the first Art Battle to ever use cars as a canvas, with Porsche Cars Canada providing two Taycan 4S models, wrapped in black and white to favour the artists’ preferred mediums. Stepping up to the black car was Rei Misiri, a Toronto-based calligraphy artist who specialises in murals and, happily for him, painting cars. Misiri’s work is, he explains, ‘inspired by different cultures and aesthetic elements from nature’, his favoured technique bold but delicate pen and brush strokes in metallic paints against dark backgrounds.

Going up against Misiri was Megan Claire Keho, another Toronto artist who works with large and brightly coloured wall painting. “My art is mostly murals and public pieces,” Keho says, “inspired by a lot of the people in my life. I tend to relate to people fighting for others and try to create public spaces where important conversations can be had.”

The artists began their battle in front of a large audience, both in the room and online via a livestream, with their very different approaches captivating the crowd from the start. Under hot studio lights and with an energising musical accompaniment, their works progressed rapidly.

“The pressure’s on,” said Misiri, “but it’s good pressure. Time is limited so you have to be a bit more strategic, but you also have to make sure to be in a good mood, feeling inspired and there to have fun and share what goes on in your mind!”

Both artists found the shape of the Taycan a fascinating and rewarding surface on which to work. “The Porsche Taycan has got some really sweet curves,” commented Keho, whose palette would centre around her favourite neons and fuschia pinks. “She’s electric, she’s responsible but she’s also hot, and you don’t always see those two paired together. I want it to look the way it feels when you drive it – that soul connection where your car becomes an extension of your body.”

At the end of the two-hour battle, both the live and virtual audiences were invited to vote for a winner. A close contest saw Misiri narrowly surpass Keho on the day, his fast and fluid technique enabling him to complete the entire Taycan in a stunning, trademark livery of dynamic, elegant patterns. “Everything on the Taycan is of the highest quality,” said Misiri, “and made with passion and care. That really set the bar for the artwork.”

Having won the latest round of Art Battle Toronto, Misiri will be invited directly to the city’s final, itself just one step from the National Championships. As for the cars? As well as both artists getting behind the wheels to drive their colourful creations, the vehicles will be available for media drives and events before the wraps come off and they go on sale: a rare opportunity to own a fleeting moment in the diverse history of Porsche’s art cars. 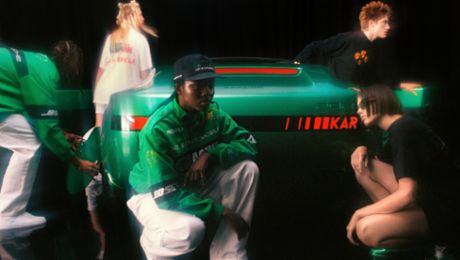 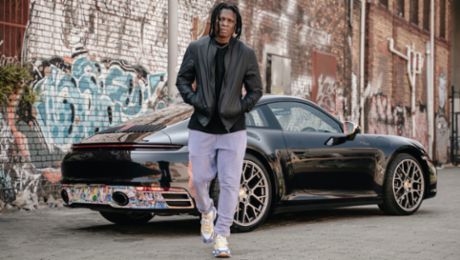 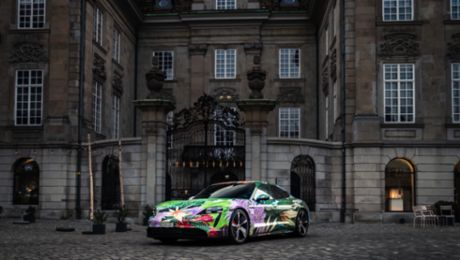 Acclaimed American artist Richard Phillips and Porsche have collaborated to create an exceptional work of art of the Taycan. 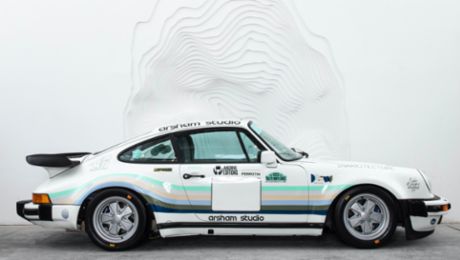 The latest artwork of the American artist: a complete restoration and re-interpretation of a 1986 Porsche 911 Turbo.