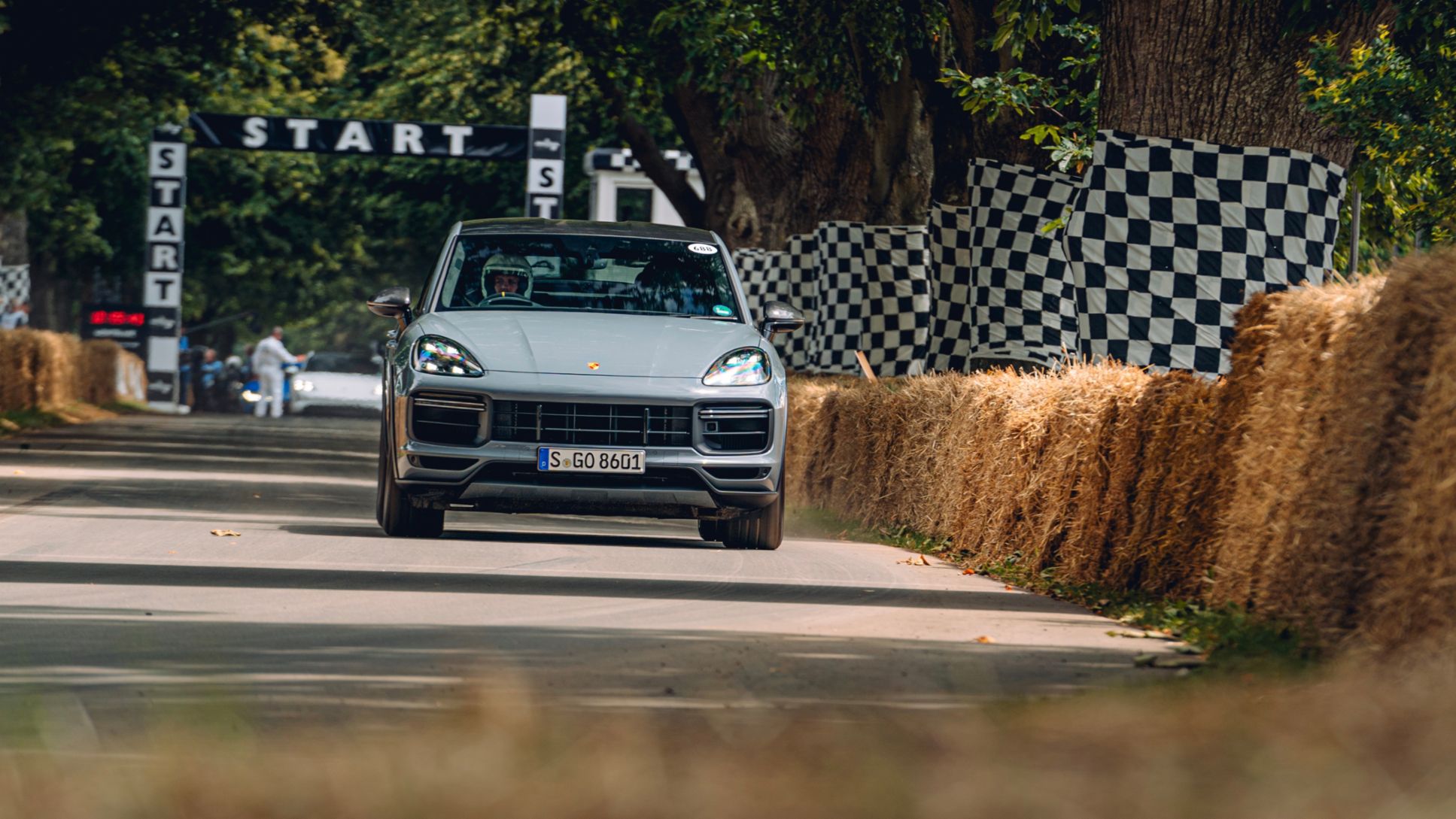 Premiere for the fastest production Cayenne of all time: the new Cayenne Turbo GT has been presented to the general public for the first time at the Goodwood Festival of Speed, where it has completed the 1.86-kilometre hillclimb.

Since its debut in 2002, the Porsche Cayenne has set the benchmark, underlining the sport in sport utility vehicle and combining outstanding chassis dynamics with versatile everyday usability.

Porsche celebrated the success of its SUV model range and the launch of the Turbo GT with a small Cayenne parade on Thursday at Goodwood. Joining the demonstration drives up the Hill was a 2008 Cayenne Transsyberia, 2008 Cayenne Turbo S and 2014 Cayenne GTS, all from the Porsche Museum collection. 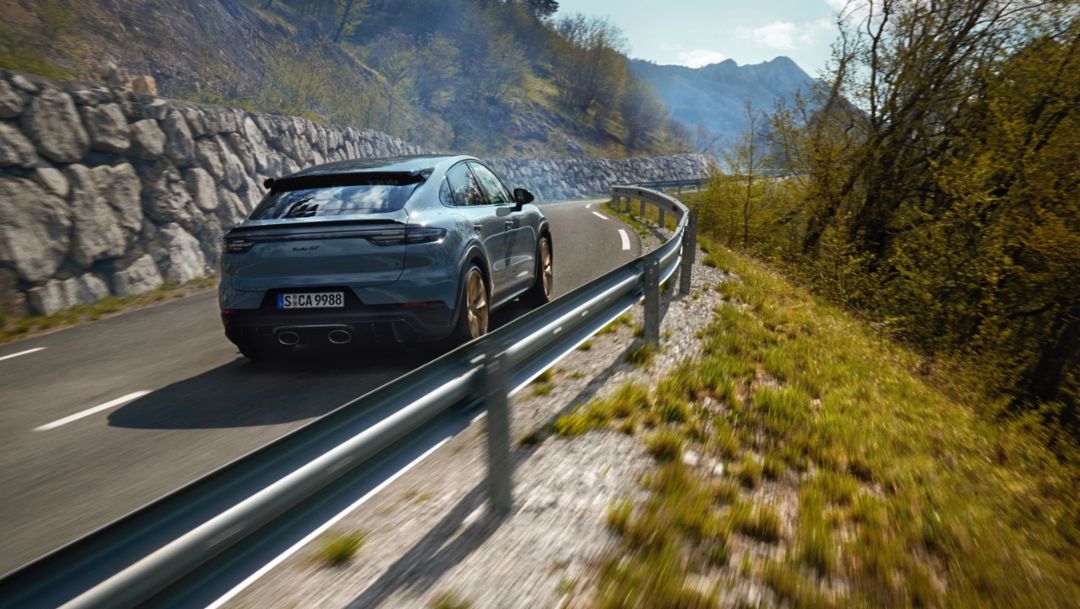 The Goodwood Festival of Speed also presents the new 911 GT3 with Touring Package to UK fans for the first time in the Supercar Run, and the Taycan Cross Turismo Turbo S in the First Glance category.

The Porsche Museum in Stuttgart is a long-time supporter of the Festival of Speed, and a number of legends from the collection are in attendance to support this year’s theme: Motorsport’s Great All-Rounders.

1973 Porsche 917/30 Spyder – With this car, Porsche got the 1973 Canadian-American (CanAm) racing season off to a blistering start. Its 5.4-litre 12-cylinder biturbo engine delivers up to 1,100 PS, sprinting to 193.1 km/h (120 mph) in 5.4 seconds and hitting 300 km/h (186 mph) after approximately 11 seconds. In it, the American driver Mark Donohue, driving for the Penske Racing Team, won six races and Porsche took home the 1973 championship. Roger Penske is attending this year’s festival as a guest of honour.

1978 Porsche 935/78 ‘Moby Dick’ – The first Porsche racing car with water-cooled cylinder heads, this 845 PS development of the 911-based 935 racing car only raced twice, at Silverstone and Le Mans, but its distinctive aerodynamic design (and resulting moniker) has ensured it has been a fan favourite ever since.

1989 Porsche CART race car Type 2708 – The first single seater Porsche since the 804 Formula One chassis of 1962, the 2708 was built for the US CART Championship, including the Indianapolis 500. Powered by a 2.65-litre V8 turbocharged engine, which developed 750 PS, this American Porsche adventure tasted success with Theo Fabi at Mid-Ohio in 1989, but at the end of the 1990 season the company withdrew from the CART series.