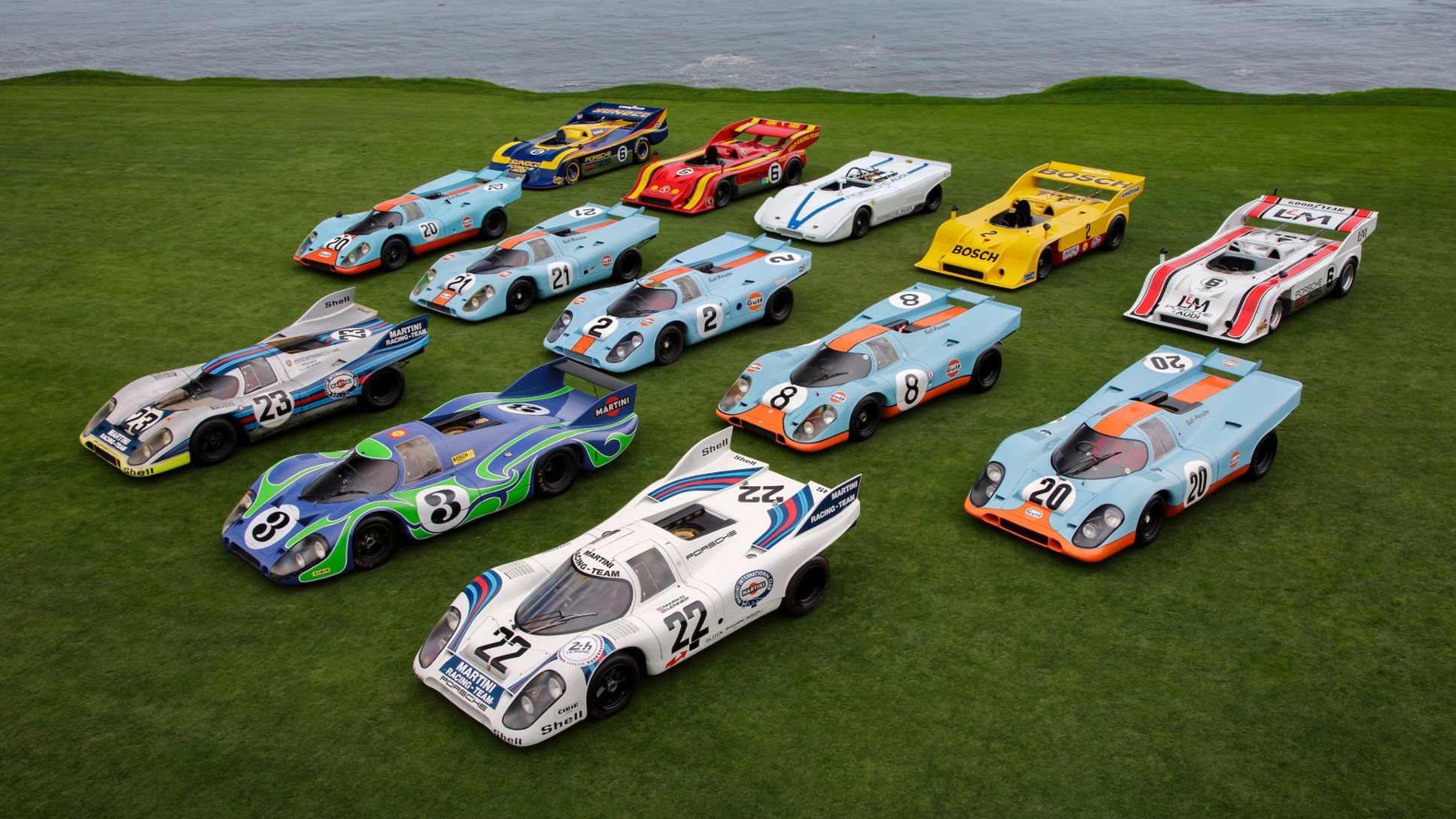 Seventy years ago, its first class victory at the 24 Hours of Le Mans laid the foundation for what would become a long and rich success story for Porsche at the famous Circuit de la Sarthe. Seven decades on, the Porsche Heritage and Museum department are celebrating, with a special series dedicated to the sports car manufacturer’s highlights at the iconic race track.

As part of ‘The Porsche success story at Le Mans’, a roadshow with the same name is taking some of the Porsche racing cars that have made history at La Sarthe around the world, starting with a visit to Monterey Car Week for the overall winner from 1971. Fans were able to see the 917 KH on show at Porsche’s hospitality facilities in the centre of Monterey and then at the world-famous Pebble Beach Concours d'Elegance.

Every year, Monterey Car Week attracts several thousand visitors to the town on the Californian coast, with the Pebble Beach Concours d'Elegance in the grounds of the nearby Pebble Beach Golf Links golf course being the event highlight. As part of the prestigious competition, the proceeds of which are donated to charity, a panel judges a range of immaculate classic cars from different categories, based on their originality, functionality and elegance. This year, visitors were not only treated to the Porsche 917 KH from the Porsche Museum collection, but twelve other 917 models too.

Monterey is just one of 14 stops on the roadshow, which celebrates Porsche’s various successes at the world’s most famous endurance race. By the end of the year, more than 20 original overall and class winning racing cars will have travelled to 10 countries on three continents. Winners include the Porsche 962 C and the Porsche 919 Hybrid and the places the roadshow will visit include Zandvoort in the Netherlands, the Chinese city of Shanghai, and Dubai, in the United Arab Emirates.

This year marks 70 years since the 356 SL drove straight to a class victory at the 1951 24-hour race and since then, Porsche has racked up 19 overall wins and 108 class victories at the tradition-steeped endurance race.

Nothing ventured, nothing gained: the 917 KH at Le Mans

The 917 KH bearing the number 22 made history at Le Mans in 1971, when Gijs van Lennep and Helmut Marko crossed the finish line first. The pair covered a distance of 5,335 kilometres at an average speed of 222.3 km/h, setting two records that would remain unbeaten for 39 years.

The 600 PS racer claimed the Le Mans ‘Index of Performance’ – an award for the most efficient ratio of fuel consumption to displacement – and was the first Porsche to race with a magnesium tubular space frame. This made the car so light that engineers were able to integrate a 55-litre oil tank that would both benefit weight distribution and ensure it tipped the scales at the required 800 kilograms. The 917 KH had a short but stellar career: it was completed on 5 June and won the race eight days later, before retiring.

Heritage Corners and Porsche Moments round off the roadshow

As part of the roadshow, Porsche Experience Centres (PECs) are diving deeper into the brand’s Le Mans story with dedicated Heritage Corners that celebrate the various victories, cars and people involved. The PECs in Le Mans, Atlanta, Franciacorta, Shanghai, Silverstone and Hockenheim have already launched theirs and in Stuttgart-Zuffenhausen, fans can find out more along the glass partition that provides a view of the workshop inside the Porsche Museum. A selection of impressive Le Mans racers will be on display here too, throughout the roadshow.

Meanwhile, the Porsche Museum’s social media channels will be publishing updates as well as running the Porsche Moments short film series, hosted by Le Mans-winner Timo Bernhard. Motor racing legends such as Walter Röhrl, Hans-Joachim Stuck and engineer Norbert Singer will join Bernhard as he takes viewers on a journey through time, sharing exciting memories from Le Mans over the years, as well as focusing on a different winning car each episode.