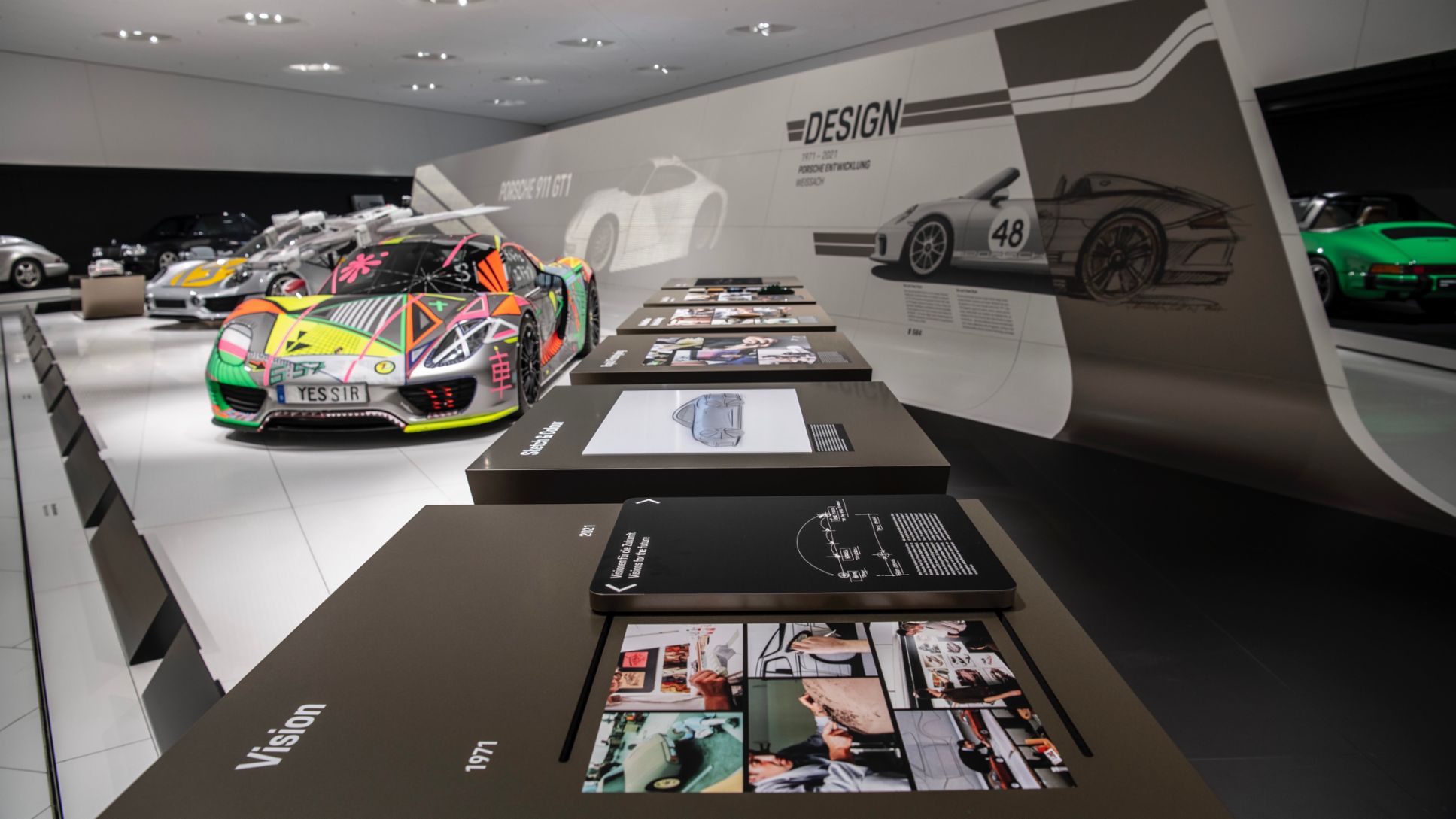 Porsche’s Weissach Development Centre has long been synonymous with cutting-edge technology as well as passion, engineering skill and innovation. It first opened in 1971 and is home to the sports car manufacturer’s design and motorsport departments, as well as various test rigs and the in-house test track. Now, half a century after operations first began, 50 Years of Porsche Development at Weissach – a special exhibition at the Porsche Museum in Zuffenhausen – celebrates this fascinating 100-hectare site. “Sports cars for the road and thoroughbred racing cars have been developed in Weissach for half a century. Dreams are designed, created and tested here, in the middle of idyllic countryside,” says Achim Stejskal, Head of Porsche Heritage and Museum.

Birthplace of all Porsche sports cars

The exhibition takes a look behind the scenes of the birthplace of all Porsche sports cars and centres around an Augmented Reality feature which allows visitors to digitally experience various topics and look back on the site development over the past five decades.

The company chose Weissach for its top-secret hub in 1960 after racing driver Herbert Linge, who worked for Porsche at the time, spotted an overgrown piece of land in Weissach and Flacht, which appeared to be of no agricultural value.

A ground-breaking ceremony took place a year and a half later, a test track was unveiled in 1962 and nine years later the Research and Development Centre opened its doors. Designed to celebrate the many different departments at Weissach, the special exhibition is divided into first steps, test rig/wind tunnel, Porsche Engineering, design, motorsport and centre.

The first steps section covers the history of the Development Centre and the ground-breaking ceremony in 1961. From there, visitors pass by selected models, such as a bus from the Weissach works fire brigade from 1972. The test rig area starts with the wind tunnel and a Taycan AR app as well as showcasing how the team tests and develops everything from innovative new materials to keys, through to vehicle safety and cold chambers.

The design, Porsche Engineering and motorsport areas reveal fascinating insights, vehicles and innovations before the exhibition concludes with a model of Weissach, which visitors can explore using iPads and AR software. Analogue interactions are also possible throughout, with shelves of exhibits, models and 3D printed items, as well as mechanical flaps which lift to reveal exciting information about the Development Centre.

The special exhibition runs from 10 August to 5 December 2021 and the Museum’s ongoing Porsche 4Kids summer holiday programme means children can explore the Weissach Development Centre too.

The current hygiene regulations of the Porsche Museum can be found on the website: www.porsche.com/Museum

To this day, one of the greatest success stories of the company Porsche has been the Boxster.