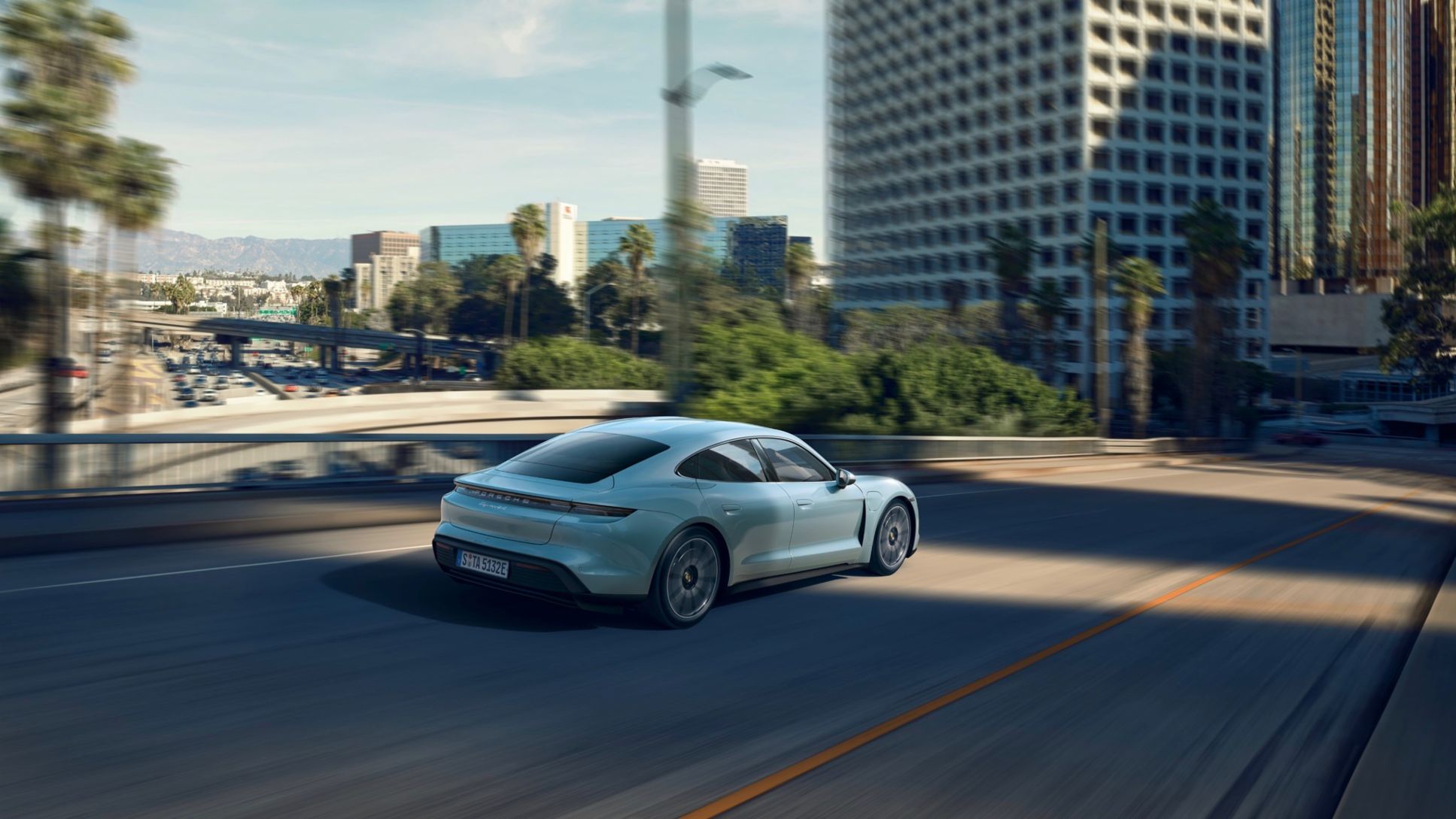 Let’s take the Porsche Taycan on a single charge tour of L.A., meeting friends from the Arts Scene – a screenwriter, a brand founder, a star DJ and a fashion designer.  All heroes of this vibrant city and the urban L.A. scene.

Each of our guests has a special story to tell and a favourite part of the city to show us. Cruising the streets and sights surrounding the City of Angels, we learn about their extraordinary lives, while they get to know the new Porsche Taycan 4S.

Raquel is a health-conscious, food loving yogi and founder of “Fourth & Heart”. She started the brand to bring a bit of ancient nutrition to the modern world, with grass-fed Ghee helping people lead healthier and more balanced lifestyles. Raquel hopes to inspire others through the passion she puts into her products and to encourage “heart” decisions, not hard decisions. Having owned a Porsche Cayenne for many years as her family car, she is looking forward to drive this full electric Sports Car.

Russell is best known as the screenwriter of the universal studios hit film “Inside Man”, starring Denzel Washington, Jodie Foster and Clive Owen, and directed by Spike Lee.

Originally Gewirtz worked for his father's clothing store in New York, but he had a film idea in his head that lasted so long that he "couldn't stand it anymore".  He followed his dream and three years later Universal bought the script and turned it into a 180 million dollar hit.

While he was working on the script in L.A., Universal gave him a 911 which he then drove endlessly through town as he developed his hit movie idea.

Julia is a self-taught designer from the UK who lives in Los Angeles for 14 years, where her company operates at 100% zero waste donating all fabric to local schools and the charity ‘Art of Elysium’ for art projects. Her company specializes in Kaftan, turbans and jumpsuits for all seasons, with her attention to detail and love of vintage leading to the creation of the bespoke accessories collection endorsed by Swarovski. Julia believes her pieces should be cherished and passed down to generations as timeless statement adornments. Porsche has always been a source of great inspiration within her work following her first on-screen experience in a classic Porsche 356 in the movie “Bullit”.

Paul is an English record producer, movie score composer and trance DJ. He is a three-time Grammy and two-time world music awards nominee and was voted the No. 1 DJ in the world in 1998 and 1999 by DJ Magazine. Paul has played at the great wall of China and Mount Everest. He opened concerts for U2 and Madonna and has written the scores for movies that include “The Matrix Reloaded”, “The Bourne Identity” and “Collateral”. He lives and works in the Hollywood Hills overlooking the Hollywood Bowl and owns a collection of cars including a Porsche 911 C4S.