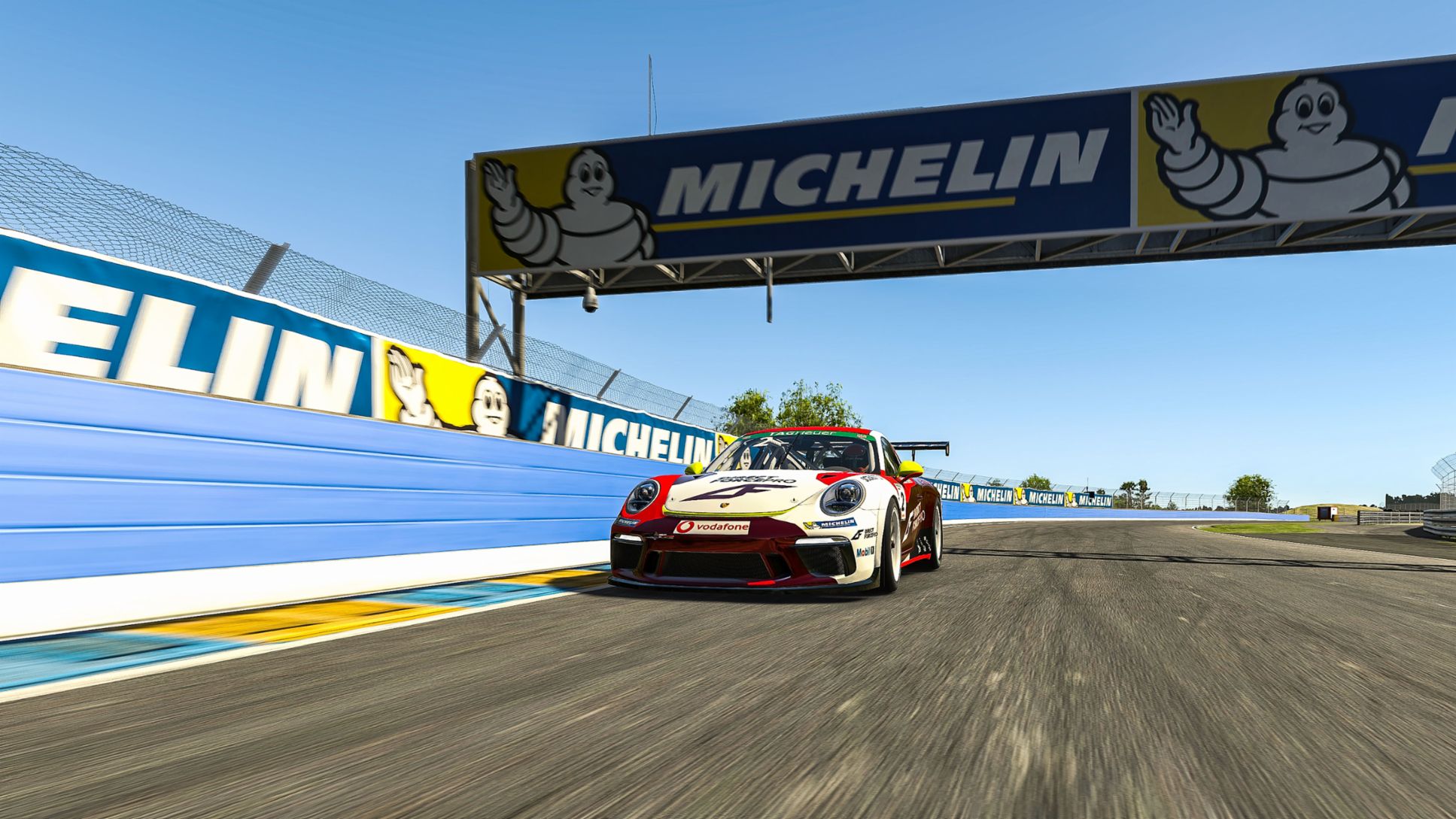 The Michelin logo has been visible on all Porsche TAG Heuer Esports Supercup cars since the start of the new season. The partners are also working together on making motorsport simulations more realistic. Together they want to bring the role of tire physics even more into the focus of drivers and simulation developers in racing simulations.

The relationship between tire manufacturer, vehicle manufacturer and real and virtual professional drivers, as well as software developers, is very close. After all, the tire is the link between the vehicle and virtual asphalt on the racetrack.

From now on, Porsche and Michelin will pursue their joint mission in various projects as well as through a regular exchange with Esports Racing. Most recently, for example, the professional Esports racer Joshua K. Rogers visited Michelin's tire development department.

Esports racing is the virtual equivalent to real motorsport and is becoming increasingly important for Porsche. This is reflected in the sports car manufacturer’s professional racing series, such as the Porsche TAG Heuer Esports Supercup world championship. Porsche also lined up on the starting grid at the virtual Le Mans 24-hour race with its own team consisting of works drivers and Esports professionals, achieving victory in the GTE category. Alongside Porsche drivers Nick Tandy and Ayhancan Güven, sim racing professionals Tommy Østgaard and Joshua K. Rogers were at the wheel of the winning vehicle. As a result, Rogers was able to significantly boost his position as one of the world’s best sim racing drivers.

Next race in Atlanta

The Porsche TAG Heuer Esports Supercup first took place in 2019. The sports car manufacturer organizes the virtual racing championship together with iRacing, one of the leading providers of realistic online racing simulations. TAG Heuer has been on board as a partner of the series since this season. Forty drivers are taking part – they are among the world’s best sim racers.