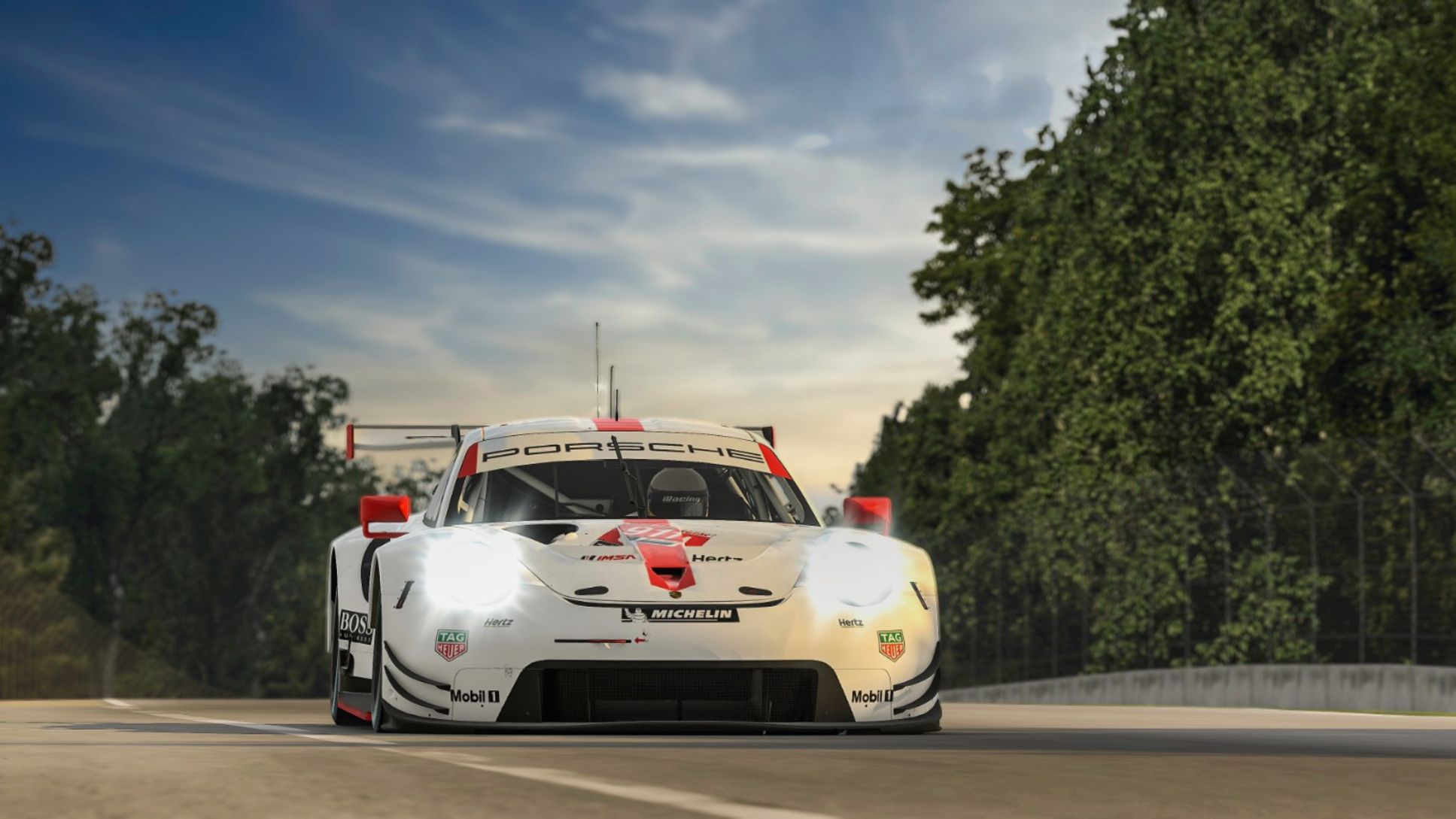 Like in real life, the cars will be fielded in the LMGTE-Pro class. Professionals from the online and real racing worlds will join forces to fight for top class honors at the digital race on the legendary Circuit des 24 Heures in the France. Porsche factory drivers, juniors and young professionals share driving duties with seasoned sim racers. A total of 16 drivers make up the Porsche Esports squad. The debut of the ultimate sim racing endurance event involving the works drivers is partnered by the online simulation platform rFactor2.

The virtual 24-hour race on the 8.47-mile (13.626-kilometer) circuit at Le Mans promises to be a lifelike and entertaining competition. Long before the coronavirus pandemic, Porsche had set its sights on the professionalization of online motorsport and last year expanded its motorsport activities to include sim racing. For the digital 24-hour event, the winningest marque in Le Mans history now combines its expertise from real and virtual motorsport for the first time.

Marco Ujhasi, Manager Esports at Porsche Motorsport: “With the virtual 24 Hours of Le Mans, two worlds converge. The passion for racing now builds the bridge between the real and virtual worlds. The know-how from the racetracks and the skills required on simulation platforms come together in the newly-founded Porsche Esports team. This unique synergy opens up new possibilities for everyone involved. Just like in real-life racing, the virtual motorsport marathon requires not only a perfect setup and decent pace but also a little bit of luck.”

In 2019, Porsche took home all four GT titles and a class win from Le Mans with the ca. 510 hp 911 RSR as part of the real FIA World Endurance Championship (WEC). With 108 class wins and 19 overall victories, Porsche is the most successful manufacturer in the almost 100-year history of the Le Mans endurance event. The first virtual edition of the classic marks the start of a new chapter in the growing book that is the grandfather of all endurance races.