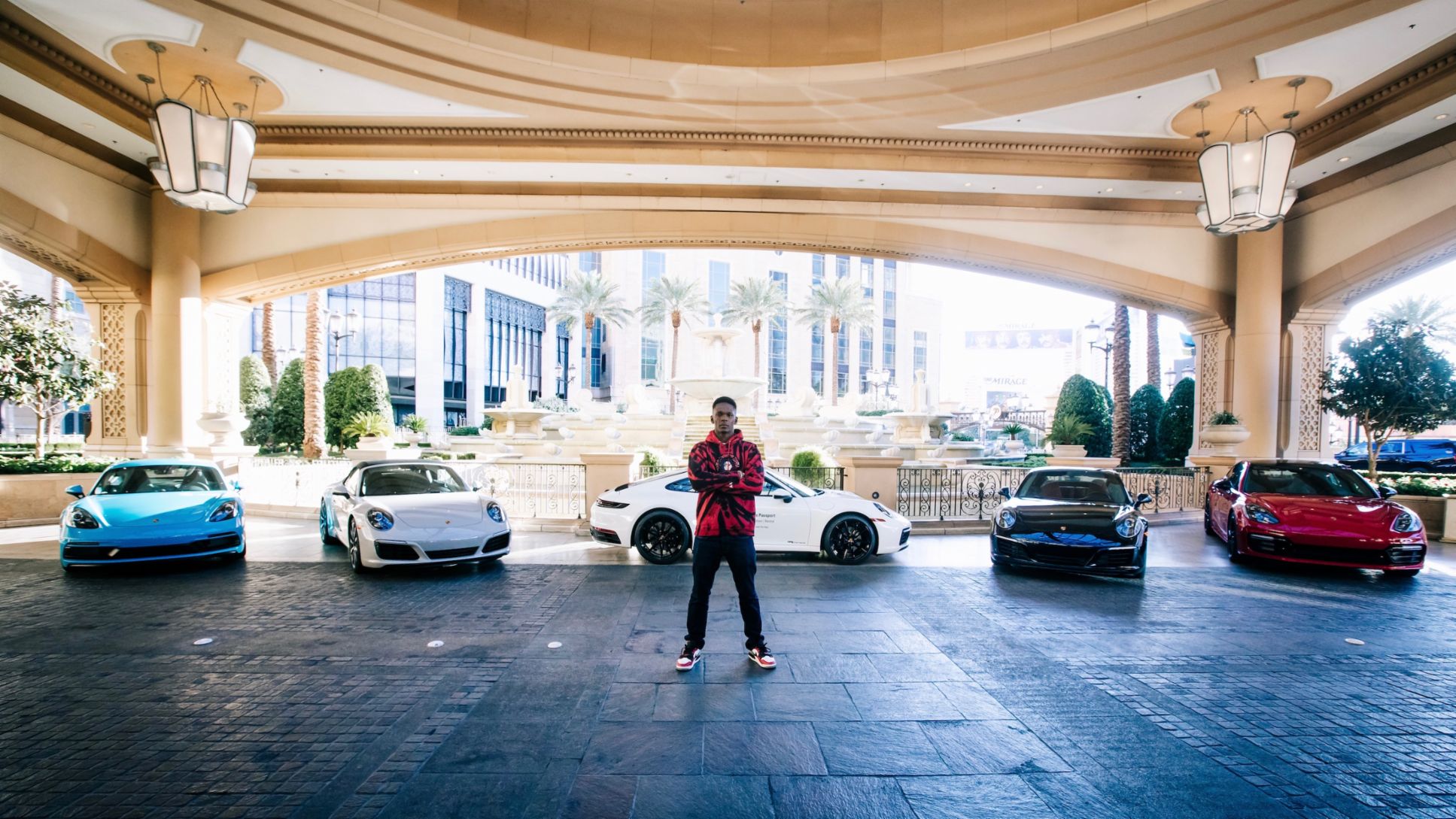 How does one of the biggest stars of mixed martial arts prepare to defend his title? For Israel Adesanya, a week behind the wheel of a variety of Porsche sports cars is part of the plan.

In the lead-up to UFC 248 in Las Vegas on March 7, the reigning Middleweight champion will be using the Porsche Passport subscription service to navigate the Las Vegas Strip from training to press events. Just as Adesanya blends styles in the octagon, the flexibility of the Passport program allows him to change the style of his vehicle to fit the occasion. With Passport, customers can swap between a variety of Porsche cars as often as they want, with no more than a monthly commitment.

“I’m looking forward to driving Porsche sports cars around Vegas all week as I prepare to defend my title,” said UFC Middleweight Champion Israel Adensanya. “I couldn’t pick just one car from their lineup, and I’m glad I don’t have to.”

For example, Adesanya can arrive at the gym in a Panamera GTS and use the Porsche Passport mobile app to have a concierge-delivered 911 sports car waiting for him after a workout.

Porsche Passport expanded to the Las Vegas market in September 2019 and is operated through local dealer Gaudin Porsche of Las Vegas. Currently, Adesanya is able to choose from a multitude of Porsche models ranging in trim levels and options. Besides Las Vegas, Passport is currently available in Atlanta, Phoenix, and San Diego in the U.S. and in Toronto, Canada.

“It’s been a joy to work with a car enthusiast like Izzy,” said Gaudin General Manager Jim Mooradian ”There’s no better way to experience Las Vegas than in a Porsche and Izzy is taking full advantage of the Porsche Passport program to try out every type of driving experience.”

Cameras will be following Adesanya for the UFC 248 Embedded series all week leading up to Saturday’s main event.

The current UFC Middleweight Title holder and 2018 Breakthrough Fighter of the Year, Adesanya’s dominant and varied fighting techniques have led to his nickname, “The Last Stylebender,” and an 18-0 career record, 7-0 since joining UFC in late 2017.

Porsche Passport is an all-inclusive, month-to-month subscription service that provides members access to a range of Porsche vehicles with unlimited swaps between models at the touch of an app. Cars are delivered and picked up by concierge anywhere a customer chooses within their service area.  With the exception of fuel, all operating costs, including maintenance and insurance,  are included in the flat monthly fee - $2,100 (+ taxes and fees) for the “Launch” membership that includes eight model variants and $3,100 (+ taxes and fees) for the “Accelerate” level that adds 12 higher-performing variants to the menu.

To sign up, interested customers can download the Porsche Passport app available on Apple and Android devices to apply for a membership, go to the website porschepassport.com, or call (888) 369-9904. Porsche Passport requires an activation fee of $595, and membership approval is dependent on a background and credit check. Sign up is now open in five cities, including Atlanta, Phoenix, Las Vegas, San Diego and Toronto.