Over frozen lakes, across the dunes of Dubai and on a rally course in France: the new 911 Dakar aced all of its tests in extreme conditions. The off-road 911 now showcases its abilities in the South African desert. With styling inspired by its predecessor – the 911 Carrera 3.2 4x4 Paris-Dakar (953), winner of the legendary 1984 Paris-Dakar rally.

Road to Daytona – Porsche returns to the motorsport big time

Feel the adrenaline: in January 2023, Porsche will return to the top league of endurance motorsport. The Porsche Penske Motorsport team has undertaken intensive preparations at sites around the world, ahead of its first race at Daytona.

Powerhouse – the biturbo engine in the Porsche 963

The new Porsche 963 is a hybrid racing car and an absolute powerhouse. The source of its muscle: its 4.6-litre V8 biturbo engine. Its DNA can be traced back to the legendary RS Spyder. Head of Motorsport Thomas Laudenbach offers a glimpse into the development of the high-performance hybrid.

Ode to a duck: how the Carrera RS 2.7 was given its legendary spoiler

There was an outcry from the designers – but the arguments of the engineers were compelling. When the Carrera RS 2.7 debuted with its special rear spoiler, no one suspected what a grand role the ducktail would go on to play.

Oliver Lam-Watson’s mobility has been limited by a rare condition affecting his left leg since he was nine. Determined to prove what he was capable of, he took up wheelchair fencing and, through dedication, made his way to the podium at the Paralympics. Meet a man who is using sport to break down barriers – and driving his 911 GT3 to feel free. 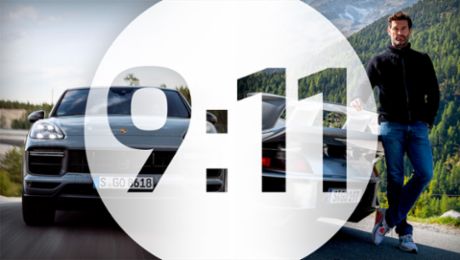 Episode 21 of the 9:11 Magazine celebrates the evolution of the 911 Turbo from the first generation through to today. 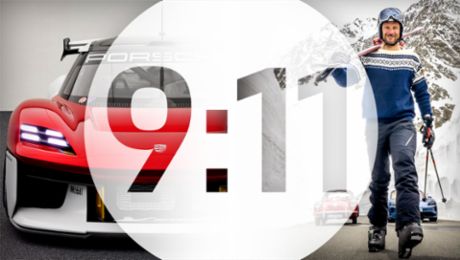 Episode 20 of the 9:11 Magazine pays tribute to people and achievements that have pushed Porsche far ahead. 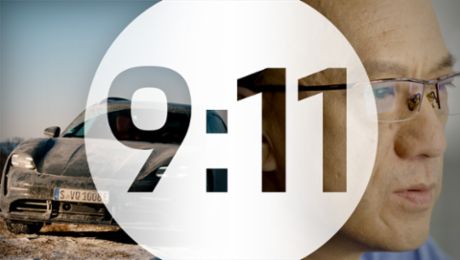 The Episode 19 of the 9:11 Magazine reports on innovations within the company.