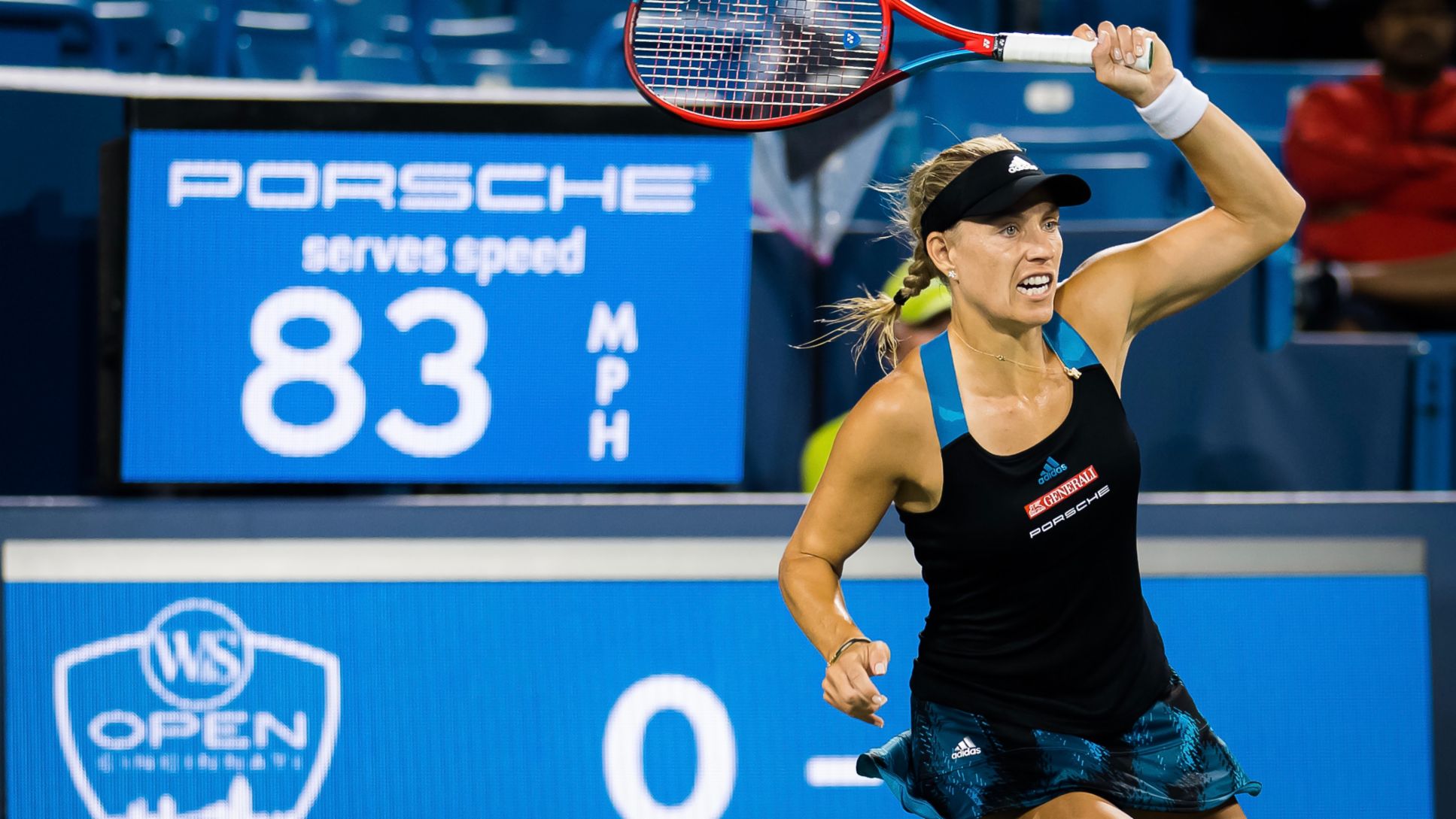 Angelique Kerber in good form going into the US Open

Angelique Kerber is ready for the US Open. With just over a week to go before the start of the grand slam in New York, the in-form Porsche Brand Ambassador was highly impressive at the Western & Southern Open in Cincinnati when reaching the semifinals.

“It was a great week with tight matches against tough opponents. I felt really good after my break and was able to produce my best tennis over longer stretches,” said a visibly satisfied Angelique Kerber when reviewing her performance. “The tournament is fantastic preparation for the US Open. I’ll be travelling to New York with a good feeling.”

Within the scope of its worldwide engagement in women’s tennis, Porsche supports the WTA 1000 tournament in Cincinnati together with Porsche Cars North America as the official automotive partner. For Angelique Kerber, the event in the state of Ohio was a real test ahead of the US Open, the year’s fourth grand slam that begins on 30 August. On her return to the WTA Tour after the break for the Olympics, the 33-year old German faced strong opponents right from the first round. They included two Top 10 players and two in the Top 20.

Her opening match pitted her against the Greek Maria Sakkari (No. 18), the French Open semifinalist, and she started her campaign at the hard-court tournament in the Midwest with a straight-sets 6-2, 6-2 win. In the second round, she then impressively ended her seven-match losing streak against the Ukrainian Elina Svitolina (No. 6). This time around, she defeated the bronze medal winner at the Tokyo Olympics 7-5, 2-6, 6-4.

“I played my best tennis”

The Porsche Team Germany member and three-time grand slam champion made it even more exciting against the Latvian Jelena Ostapenko (No. 30), the 2017 French Open winner. In the third set, she was 4-2 behind before digging deep to turn the match around and come out a 4-6, 6-2, 7-5 winner. “I’ve played lots and lots of close matches in my time and the experience definitely helped me against Jelena,” said the Porsche Brand Ambassador after the encounter. “I had to battle all the time, stay calm after losing the first set and find my rhythm. In the end, I was playing my best tennis.”

Next up in the quarterfinals was the Czech Petra Kvitova (No. 11), another top class opponent. Angelique Kerber took the first set 6-4 before the two-time Wimbledon champion and 2019 Porsche Tennis Grand Prix winner was forced to retire with stomach problems with the score at 3-all in the second. It meant that Angelique Kerber had won 14 of her last 15 matches – an excellent record.

Great performance against the number 1

The German, who claimed her 13th WTA title at the premier of the Porsche supported Bad Homburg Open, now had the chance to progress to her third final in Cincinnati after 2012 and 2016. However, the path meant she had to take on Ashleigh Barty, the current world No. 1. It was a repeat of the Wimbledon semifinal that ended in a win for the Australian. Angelique Kerber’s hoped for revenge did not materialise as Ashleigh Barty, who this year has not only won the Porsche Tennis Grand Prix but also Wimbledon, was simply too good on the day. Even though the German increasingly found her way into the match after quickly losing the first set, she again succumbed after a formidable battling display. The score this time around was 6-2, 7-5.

For Angelique Kerber, the Western & Southern Open was at one and the same time a successful dress rehearsal for the US Open, where she won her second career grand slam title in 2016, Her winning run in Cincinnati has also moved her up the WTA rankings. Now ranked No. 17 since Monday, she is back in the Top 20 for the first time since January 2020.

Another Porsche Team Germany player was in action alongside Angelique Kerber in USA. Mona Barthel competed at the WTA 125 tournament in Chicago where she reached the doubles final together with her Taiwanese partner Yu-Chieh Hsieh. In the singles, Jule Niemeier from the Porsche Talent Team made it to the quarterfinals where she was defeated by the British tennis “wunderkind”, Emma Raducanu. There was little to choose between the two in the first set, but the German then had to retire injured in the second.

Porsche has been sponsoring the Porsche Tennis Grand Prix ever since 1978 and has also been the organiser since 2002. The tournament in Stuttgart’s Porsche Arena was voted by the players as their favourite event in its category once again in 2019. Within the scope of its global partnership with the Women’s Tennis Association (WTA), Porsche is also the title partner of the “Porsche Race to Shenzhen”, the official qualifying ranking for the Shiseido WTA Finals. The Stuttgart-based sports car manufacturer is also the exclusive automotive partner of the WTA, the season-ending WTA Finals, and this year of the WTA tournaments in Lyon (France), St. Petersburg (Russia), Berlin and Bad Homburg (Germany), Cluj (Romania) and Cincinnati (USA). As a premium partner of the “Deutsche Tennis Bund” (DTB – German Tennis Association), the company supports Porsche Team Germany in the Billie Jean King Cup (formerly the Fed Cup) and fosters up-and-coming players in the Porsche Talent Team and the Porsche Junior Team. Angelique Kerber, Julia Görges and Maria Sharapova give Porsche a face in tennis as Brand Ambassadors. 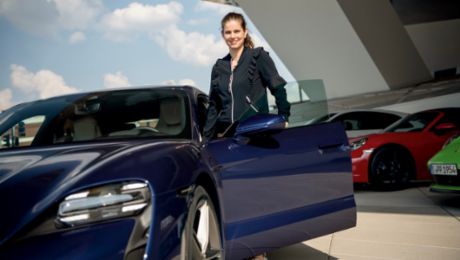 “The finals are going to be thrilling and high-class”

The path to the year’s last major title was via the “Porsche Race to the WTA Finals”. 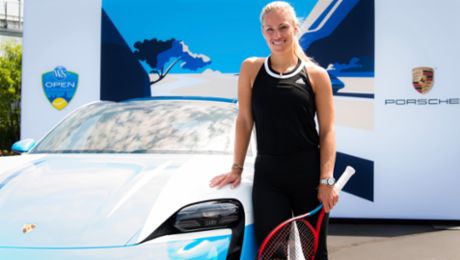 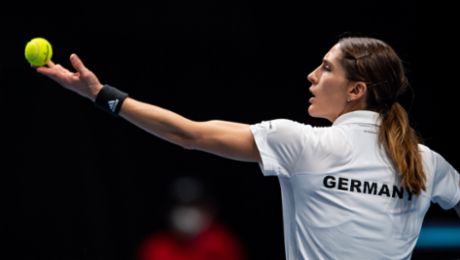 The semifinals at the Billie Jean King Cup in Prague will take place without Porsche Team Germany. 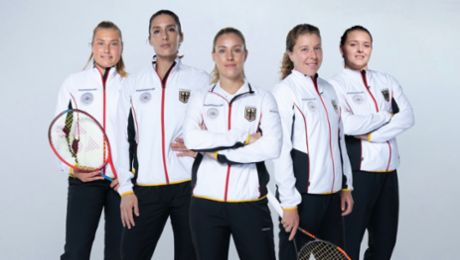 With Angelique Kerber as its number one, Porsche Team Germany will contest the finals of the Billie Jean King Cup.