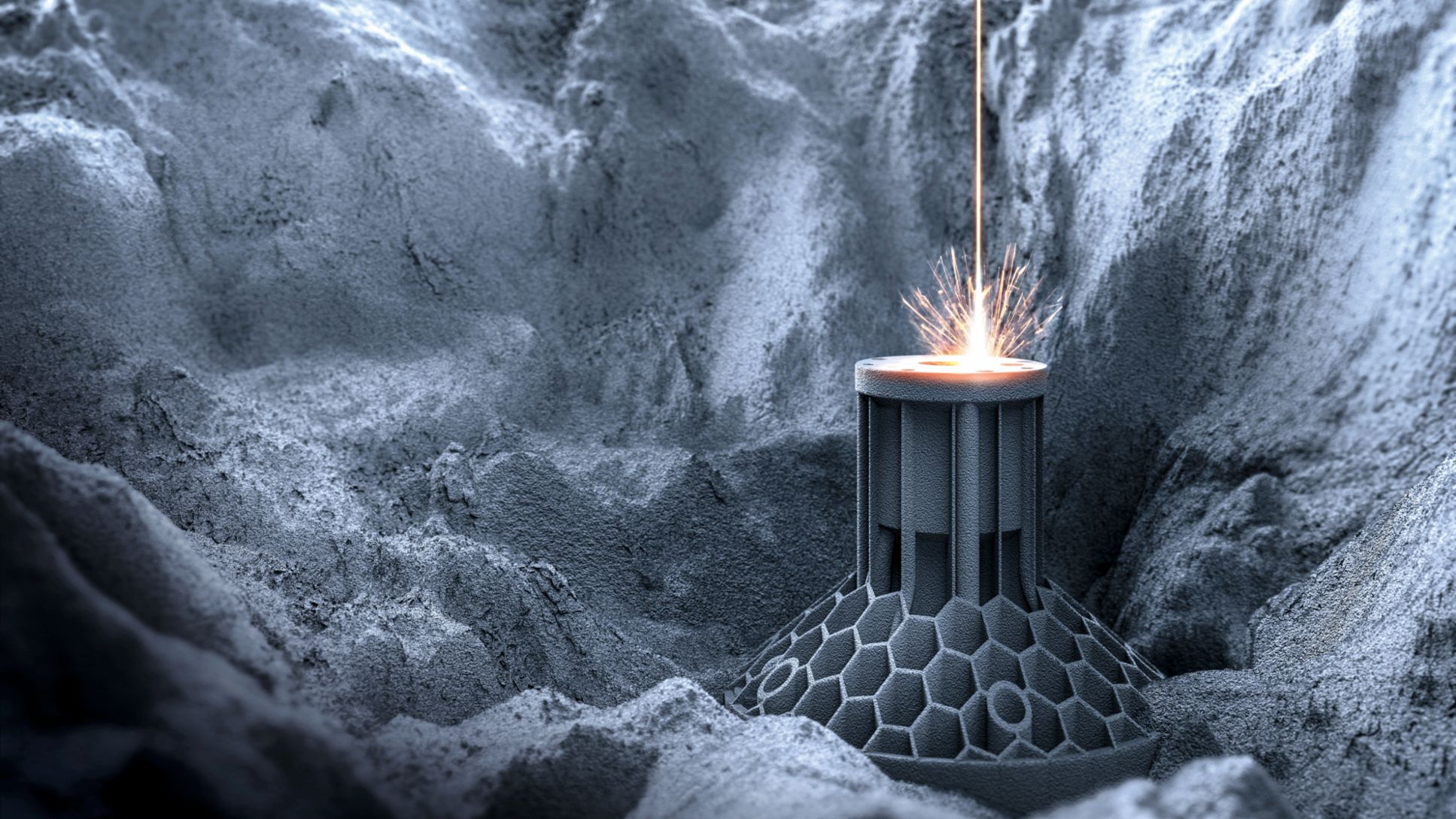 In the factory of the future, innovative production methods will bring major advantages that principally benefit customers. Taking a look at this future reveals the opportunities offered by additive manufacturing and new laser technology.

Just as chopping wood creates splinters, forging metal causes sparks to fly – and the latter will certainly continue happening if new production methods gain a foothold in factory halls worldwide. However, we can expect a decrease in the number of sparks flying, as lasers are taking the place of hot raw masses and hardened materials. Lasers set down layer upon layer of metal or plastic powder, a micrometre at a time, and then fuse those layers to create the finished product.

Additive manufacturing – commonly known as 3D printing – is well on the way to making ideas from the digital sphere into physical realities. Christian Thönes, Chairman of the Executive Board of tool manufacturer DMG MORI, believes that this method exemplifies the physical reach of digitalisation: “Additive manufacturing materialises engineers’ ideas, and makes it possible to produce well-thought-through designs from the digital world in the real one.” For example, complex components produced using additive manufacturing need no longer consist of 80 individual parts, and could instead be created as a single, continuous piece. And shape need no longer be a limiting factor – quite the opposite, in fact. For example, structures borrowed from nature could guide the way to more effective design for coolers encasing battery packs or fuel cells, resulting in designs that take up much less space once installed, but are nonetheless twice as effective as traditionally produced components.

This opportunity is new because geometry and physics set clear restrictions on what can be achieved in conventional “machining” production, using turning or milling. For example, a hollow shaft with interior ribbing simply cannot be produced using turning alone; and even when turning is used in combination with milling, the possibilities are very limited. So successfully creating such components has required the combination of several individual parts. Additive manufacturing methods can produce new, highly durable and similarly highly complex components, from metal or plastic powder, using laser energy. In the Weissach Development Centre, Porsche engineers research these very procedures in relation to the production of rotor shafts for electric engines, for example.

But how exactly does it work? There are currently two methods: In the powder and nozzle procedure, metal powder is directed to a nozzle via a gas flow. The nozzle and a laser beam focus on the same point, where the metal powder is fused by the laser – the production head, consisting of a nozzle and a laser, can be manoeuvred along up to five axes during this process. The powder bed procedure uses a laser to fuse metal powder, which has been applied over the entire surface, at specific points; this causes the component to grow in height in several layers that are each between 20 to 100 micrometers thick. This method enables the production of almost any conceivable shape.

Tools produced using additive manufacturing have the advantage of improved long-term durability that arises from precisely calculated and implemented requirements, as well as being presorted for recycling at the end of their lifecycle. It’s no surprise that Thönes, CEO of DMG Mori, is also excited about this new technology,

especially in light of one significant advantage of components produced using additive manufacturing: they enable weight reduction, which is crucial in vehicle construction. “It’s increasingly important to automotive manufacturers that components are lighter,” Thönes explains. “This is because of the associated reduction in fuel consumption and lower carbon dioxide emissions.”

However, he points out that there are two sides to the coin: “On the one hand, the possibilities are almost endless: We can achieve significantly lower weight, optimum function design, and absolutely customised components. On the other hand, productivity is still one of the great challenges.” Traditional pressing, milling, and casting procedures currently still have the edge in terms of speed of production. Porsche engineers in Weissach have reached the same conclusion: “It can still take up to 13 hours to print one rotor shaft like this,” comments Frank Ickinger, Engine Predevelopment, speaking from experience.

The engineers are hard at work on this too. Not only are they intensively researching how to accelerate additive workpiece manufacturing, but the developers are also constantly optimising the interaction between traditionally produced parts and those created using these innovative methods. And the new technology also often makes it easier to combine different materials. “For example, a laser beam that creates a few thousand degrees Celsius in a focused manner can be used to fuse stainless steel with plastic,” explains Thönes.

From managers’ perspective, the close dovetailing of innovative production techniques with advanced information technology is an element of the factory of the future. The manner in which workpieces – and ultimately entire vehicles – will be produced in future is summarised under the key term “Industry 4.0”. This buzz phrase refers to production being controlled by computers to an extent far beyond actuating milling machines or industrial robots: the ultimate vision sees all machines and stations in a production process being networked with one another. It’s not only vehicle manufacturers such as Porsche that will benefit from this. Customers will also realise tangible advantages from the connected future of production. For example, it will be possible to fulfil individual customer requests directly at production stage – not just in downstream finishing or manufacturing processes. What’s more, customers will be able to make changes to special equipment, colours, rims, and materials up until right before production starts.

However, one thing’s certain as far as Christian Thönes is concerned: “While additive manufacturing offers many advantages, it is also clear that traditional production processes – such as turning and milling – will continue to have their place in future.” Accuracies to within 0.1 mm will continue to be guaranteed with traditional, highly precise machine tools. And another thing you can count on is that whether its parts are made using a die, milling machine, laser robot, or 3D printer, a Porsche in its entirety will always be a truly special experience – and so always appreciably more than the sum of its parts. 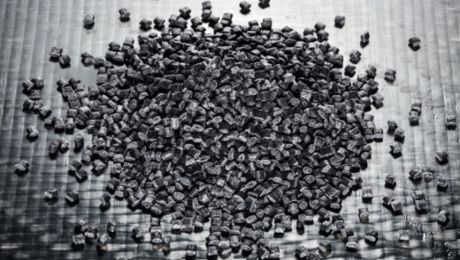 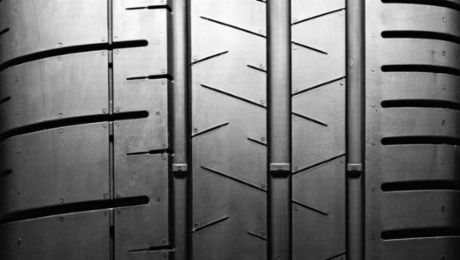