The 121st US Open will begin this Thursday, and the major is traditionally considered to be the world’s toughest golf tournament. This year, the Porsche European Open turned out to be the perfect preparation for the US Open in Torrey Pines, California. Four of the tournament’s top stars in Hamburg almost two weeks ago will also be contesting the US Open, and not only the former German US Open champion Martin Kaymer knew just how important competing over the Porsche Nord Course was in this context: “The course in Hamburg is one of the most difficult I’ve ever played on the European Tour, and definitely the toughest in Germany. As for the US Open, it was therefore pretty good that I took part here.” Paul Casey was also glad of the “major conditions” at the Porsche European Open.

The enthusiasm of the four world class golfers – the Porsche Brand Ambassador Casey, Kaymer, the Mexican Abraham Ancer and the Swedish major winner Henrik Stenson – however was not only down to the challenging Porsche Nord Course. The golfers that contested this year’s Porsche European Open were also even more united by their passion for sports cars. The quartet had lots of fun experiencing the acceleration and the speed.

The quartet were therefore delighted to face the quickfire questions not only about their passion for sports cars but also about the feared Porsche Nord Course at Green Eagle Golf Courses. It was all about the right speed, but this time with words. The answers shot out and provided special insights into their first encounters with a Porsche, hidden talents and previously unexpressed career wishes.

Laughing, Casey remembered his first drive in the back seat of a red Porsche 944, Ancer recalled wild tricks and Kaymer a race with a broken foot – one that ended in victory. The trio could also have imagined competing in motorsport if their golfing talents had not been bigger. Without his sport, Casey today could see himself as being “a very bad racing driver” and Kaymer revealed that he would have also enjoyed being a racing instructor. “I believe I’ve got a good feel for cars.”

The joys of sports cars unite the four world class golfers as does the enthusiasm for the incredible acceleration of the Porsche Taycan Turbo S – and the admiration for the Porsche Nord Course, one of the most challenging and most thrilling courses on the Tour.

Casey and Kaymer for example both particularly liked the new 14th hole this year. For Abraham Ancer, the 17th on the Porsche Nord Course is his favourite because he “can win a car” there. The Mexican however missed out on the hole-in-one prize, a Taycan Turbo S Cross Turismo, during the tournament week. It has naturally not changed his passion one little bit. The same goes for his three renowned fellow golfers. 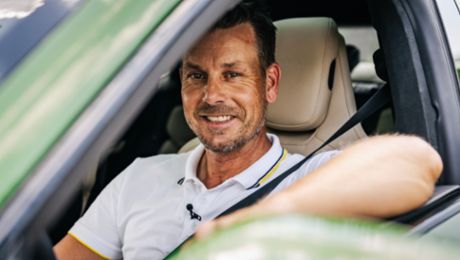 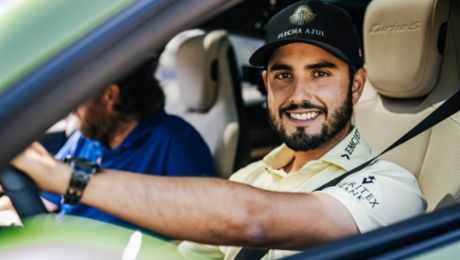 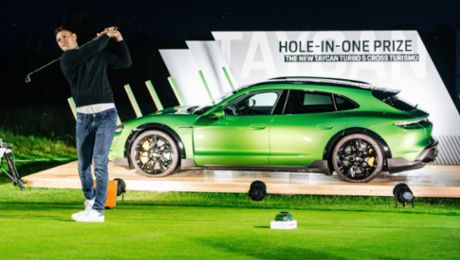