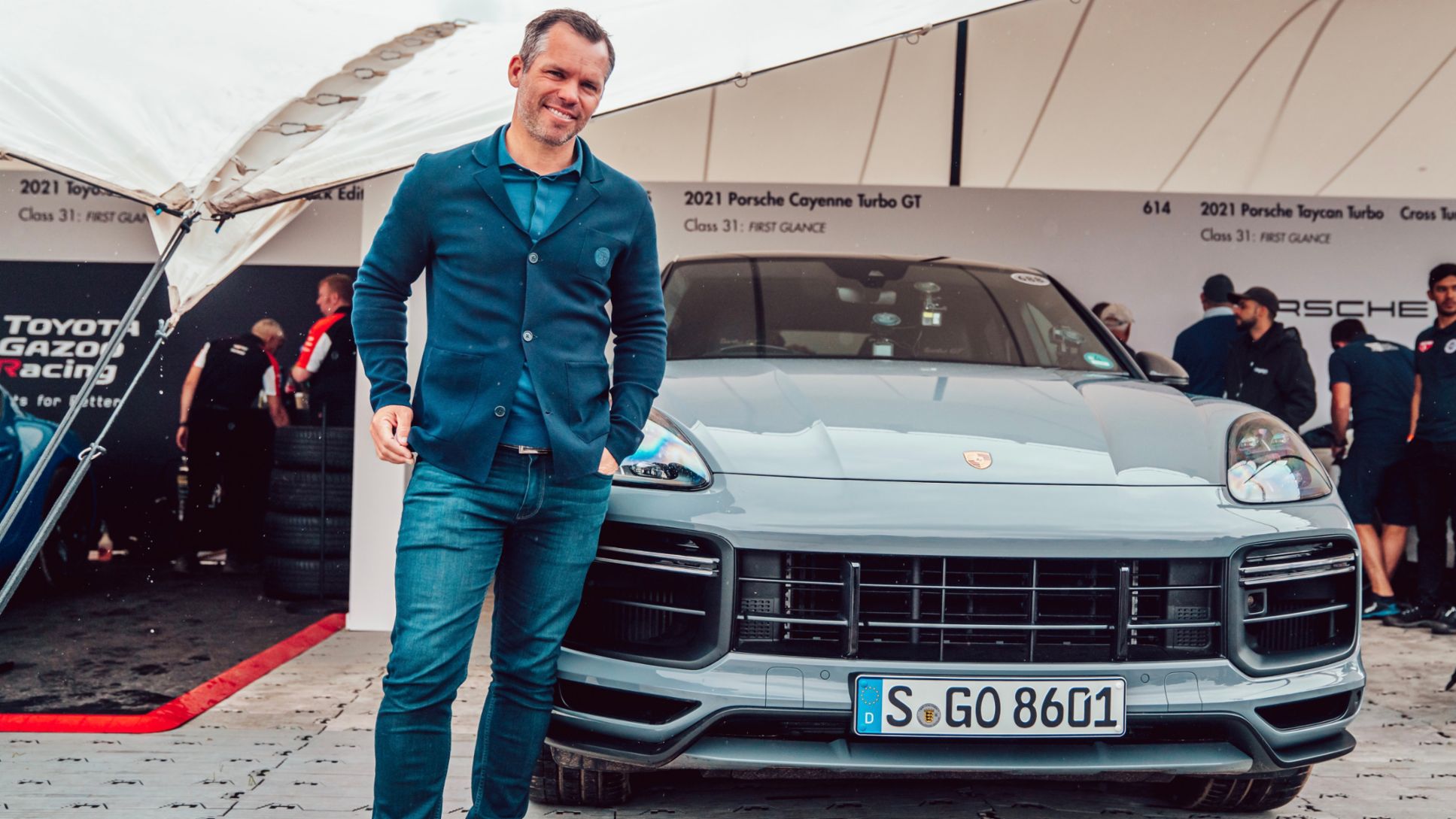 Powering his way to the 149th Open Championship: British-born golf star Paul Casey combined a trip home before the year’s fourth major with a visit to the Festival of Speed, where he immersed himself in automotive and motorsport history – and tested the very latest Porsche models.

The 43-year-old Porsche Brand Ambassador experienced the famous 1.86-kilometre hill climb in front of Goodwood House as a passenger in a 640 PS Cayenne Turbo GT. The sports car fanatic also went out for a spin on the roads of Sussex in a 911 GT3 with Touring Package and took a close-up look at the historical vehicles on display in the Goodwood grounds.

“It really was a dreamlike day,” says Casey. “The power of the Cayenne Turbo GT is breath-taking and, as a big fan of GT cars, every drive in a new model is like Christmas. It was incredibly exciting to experience the atmosphere here, to immerse myself in the motorsport world and see some legends live.”

Casey is now hoping to transfer the positive energy into the week of the Open Championship, which marks his second European appearance this year after finishing sixth at the Porsche European Open in Hamburg in June. The world’s oldest golf tournament takes place from 15-18 July at Royal St George’s in Kent – a two-and-a-half-hour drive east from Goodwood. After two Top 10 placings at the previous majors in May (PGA Championship) and June (US Open), three-time Ryder Cup-winning Casey is considered one of the favourites for the title.

Porsche has been the title sponsor of the Porsche European Open, a European Tour event, since 2015 and has been involved successfully in professional golf with automotive partnerships at three tournaments on the Asian and European Tour since 2019. Last year the sports car manufacturer also supported the UK Swing with the European Tour’s Golf for Good initiative. Porsche has also been organising the Porsche Golf Cup for more than three decades. The tournament series is one of the company’s most successful customer events. Held in Germany for the first time in 1988, the Porsche Golf Cup has developed into an international event at which more than 17,000 Porsche customers recently competed in 261 qualifying tournaments worldwide. Also highly successful is the Porsche Golf Circle – an international and app-based community for keen golf-playing Porsche customers that launched in 2017. 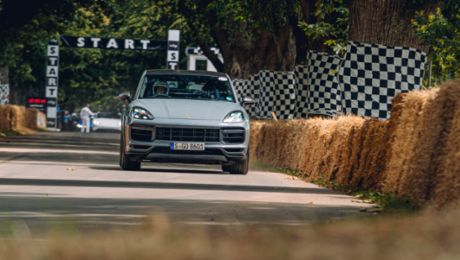 The new Cayenne Turbo GT has been presented to the general public for the first time at the Goodwood Festival of Speed.