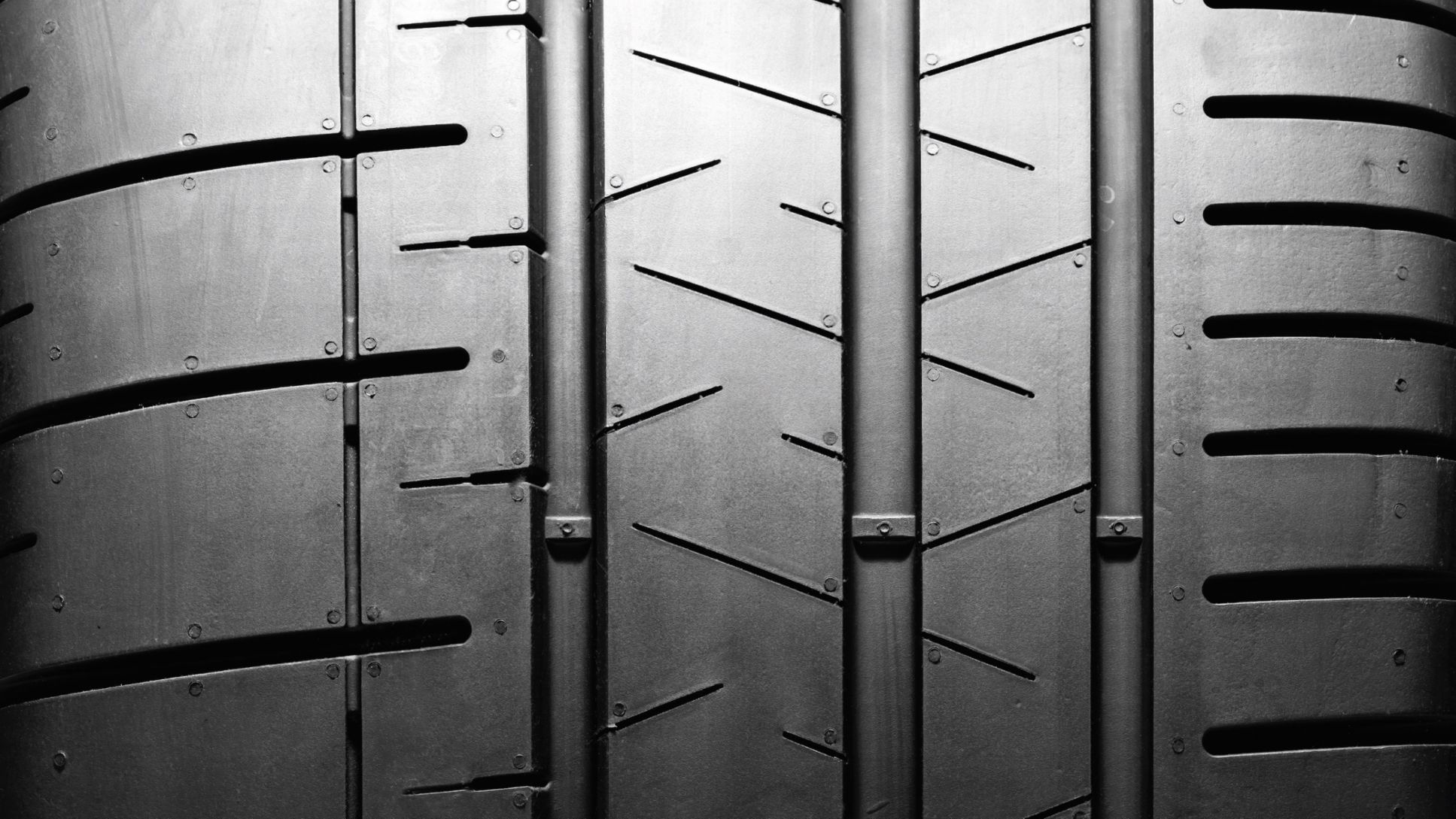 At Porsche, a team of tire specialists ensures that every new model gets exactly the tire it needs. And only that tire gets the N-specification quality rating.

Twenty-four seconds. That sounds like just a moment. But on the Nürburgring’s Nordschleife, or north loop, it’s an eternity. They call the round 20.8-kilometer track the “Green Hell.” Every new Porsche model is sent there to be pushed to its limit. If you can do it twenty-four seconds faster than anyone else, you might just end up in heaven. The French Carrera Cup driver Kévin Estre did just that. On April 16 of last year, he completed the course in a Porsche 911 GT3 RS in only 6:56.4 minutes. Until then, no aspirated-engine Porsche has done it faster. The car helped him do it, and he the car. “Without progress in the tires, however, this record lap wouldn’t have been possible,” says Jan Frank, specialist for driving dynamics and performance for GT street vehicles. “The influence wielded by the tires is considerable.” Their contribution on the lap of the Nordschleife was worth four to six seconds—despite the fact that the new Michelin Pilot Sport Cup 2 R tire isn’t even a special manufacture—it’s available to any customer.

Whether a sports car with a rear engine or a four-door with a front engine: when it comes to the development of a new model, the tire is one of the strategic components. It contributes to shaping the character of the car and is responsible for implementing the driving dynamic typical of every Porsche, without neglecting comfort or safety. “A tire is always a compromise of various characteristics, but also an important element in the overall work of art that’s the chassis,” explains Michael Haupt, a specialist in the strategic tire development department.

Tire concept is at the core of vehicle development

The tire concept is at the core of vehicle development. It’s a complex system. The tires must fit the wheelhouses; they affect the entire package. Their sizing depends on the vehicle mass, weight distribution, and engine torque acting on the drive wheels. Other factors include numerous demands placed by the specialist departments and strict legislative requirements regarding rolling noise, wet-grip characteristics, and rolling resistance. “We set clear targets for the tire manufacturers,” Carsten Hoffmann, head of tire development at Porsche, emphasizes. “These include the braking distances and Nordschleife lap times we’re aiming for.” This is one indicator of development progress, and perhaps the most important.

The tires’ concept phase begins a good four years before production start-up of a new Porsche model. Tire manufacturers generally need three months to manufacture different prototype tires that satisfy Weissach’s specifications—in most cases, several variants of both the front- and rear-axle tires. In each case, Porsche’s tire developers receive the two best variants. They then test and compare them across brands. Additional development loops follow in the same manner; it can be tedious, but the process is essential. Porsche is considered an ambitious driver of technology. Only when the result fulfills all expectations does Porsche give a tire its blessing with the N-specification. This is particularly helpful when the first set of tires needs to be replaced. Only tires with the letter N, as offered by Porsche centers, guarantee driving characteristics at the level of a new car.

For all current models, a tire mixture typical of the brand is used. The different dimensions and the targeted coordination between the front and rear axles let the optimum Porsche driving dynamics unfold. For example, on the 911—a vehicle with rear-dominated weight distribution—the traction and driving stability of the rear axle are optimized. The front axle must guarantee a direct response, and, in combination, a linear, neutral, and predictable driving behavior should be the result.

Tire coordination in the high- and ultra-high-performance sector

Astonishingly, tire coordination is easiest in the high- and ultra-high-performance (UHP) sector. The developers of Porsche’s GT sports cars are part of the motorsports department whose engineers can work at the highest level of concentration, because unlike the developers of series models, they generally only look after one derivative. All the same, the requirements profile for UHP tires is much more precisely defined and is more closely tailored to racing use, a narrower temperature window, and specified wheel loads. In comparison, series models have a much higher degree of variance: different chassis versions, complex electronic regulatory systems, and a greater bandwidth of weights and road conditions. “That makes it far more difficult for us,” Hoffmann explains.

All things considered, tire manufacturers have made enormous strides in the last few decades. Today’s tires are able to combine characteristics that were long thought to be incompatible—good wet handling and low rolling resistance, say, or excellent dry performance and high mileage. Silica, for example, can be used to reduce the carbon black content in tires. Running surfaces with asymmetrical designs, different rubber compounds, and larger drainage channels on the inside improve rain characteristics, while the vehicle is supported by the higher profile share on the outside when taking curves at high speed. Development continues apace. Frank prophesies: “There’s no end in sight.” For Porsche, this means that the best times recently achieved on the Nordschleife of the Nürburgring aren’t the be-all and end-all when it comes to the performance scale of sports cars.

A few month ago Porsche has set another new record on the Nürburgring-Nordschleife in cooperation with Manthey-Racing. On 25 October 2018 the Porsche GT2 RS MR, a turbo, completed a lap of the 20.6-kilometre long circuit in 6:40.3 minutes. No other road-legal vehicle has ever been so fast on ‘The Green Hell’ track.

Driving at the limit

At the end of the testing day, their word is what counts: four of Porsche’s test-drivers are exclusively concerned with tire coordination. They’re rarely in their office at the Weissach Development Center but are frequently to be found on the Nürburgring’s Nordschleife and on test grounds such as the company’s own Nardò Technical Center in southern Italy or Contidrom near Hanover.

Being able to move a Porsche with precision at the limit of its performance is simply an aspect of their job. Almost all of the drivers come from the world of motorsports. One of them is Timo Kluck. “A Porsche is a high-performance vehicle. With the right tires, our customers can feel the perfect performance even better,” says the forty-six-year-old, who has been a sports car test-driver in Porsche’s tire department for eighteen years.

But it’s not enough just to be fast. The drivers must be able to supply reproducible results and formulate differentiated statements—including in their dealings with tire manufacturers, who place great store in the test-drivers’ judgment. One of their main tasks is to evaluate tire characteristics subjectively, such as how they handle on dry, wet, snow-covered, and iced-over road surfaces. 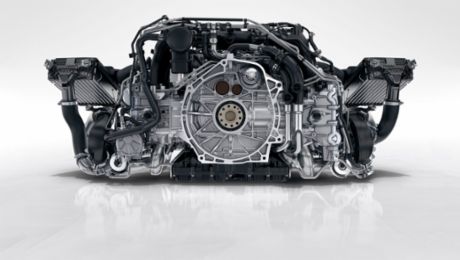 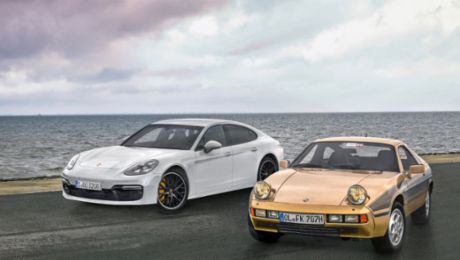