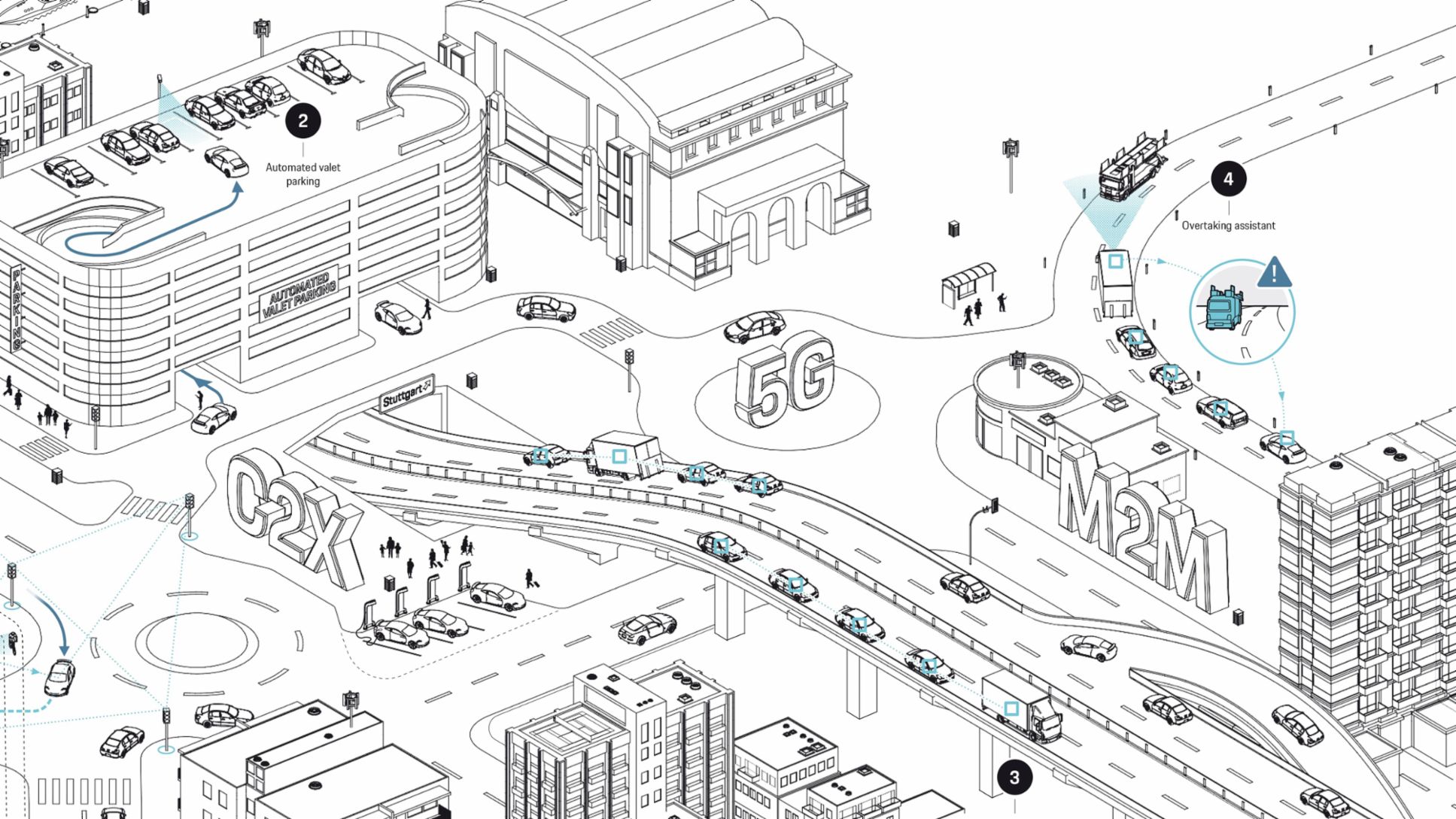 Automated driving functions must naturally be designed in such a way that as many feasible eventualities that may arise during the drive can be recognized and handled entirely with the vehicle’s own assistance systems. That applies in equal measure on highways, rural roads, and urban roads. In borderline situations such as poor visibility or complicated traffic situations, additional information drawn from the exchange of data with the infrastructure or other vehicles—what is known as C2X communication—can substantially enhance the control accuracy of the onboard systems.

“Currently, the sensor technology on the vehicle only covers a range of a maximum of 300 meters around it. Using the sensor data from other vehicles and the infrastructure, information from all along the entire route can be taken into account,” explains Jaime Arveras, responsible for Connected Car functionality at Porsche Engineering. “Driving maneuvers can be much more effectively adapted to requirements and hazard situations detected at an early stage.” This, in turn, opens up entirely new possibilities for driver assistance systems. Turn assistance systems, for example, can, with the aid of a C2X connection,  that the route is blocked by an accident.

The 5G wireless network is especially well-suited to C2X communication because it enables fast, secure exchange of large volumes of data over large distances. As a technical alternative, OEMs also use the WiFi-based standard ITS-G5, which has the advantage of being comparatively easy to implement in existing traffic infrastructure such as traffic lights. Moreover, the interface standard has been defined and is ready for mass introduction. Volkswagen, for example, is planning to equip new vehicle models with WiFi-C2X communication starting in 2019. “Both concepts have their specific advantages and disadvantages. In the medium term, there will probably emerge a hybrid system in which the paths are used redundantly,” says Dominik Raudszus, team leader for networking and testing at the Institute for Automotive Engineering (ika) at RWTH Aachen. Over the long term, the coming wireless network will likely win out over other transmission types such as WiFi.

The use of 5G technology for automated driving is being studied by a cross-industry alliance of telecommunications providers, automobile manufacturers and research institutes in a variety of different projects. “Only through the interaction of various technologies and together with partners in and around the vehicle can the vehicle drive in an anticipatory manner, detect hazards in good time and efficiently carry us from A to B,” says Dr. Johannes Springer, director of the automotive 5G program at Deutsche Telekom. One of the biggest German national initiatives is the 5G-ConnectedMobility project in which Ericsson, the BMW Group, Deutsche Bahn, Deutsche Telekom, Telefónica Deutschland, Vodafone, 5G Lab Germany (TU Dresden), the German Federal Highway Research Institute (BASt), and the German Federal Network Agency (BNetzA) are all involved. A test network has been installed on the A9, Germany’s official “digital testing Autobahn.” There are also many smaller projects under way. Vodafone, for example, has equipped the Aldenhoven Testing Center at RWTH Aachen with a 5G research network. For its part, Telekom operates a 5G test network in Hamburg and at the Lausitzring, among other projects. Together with the track operator Dekra, it has established the biggest testing grounds for automated driving functions in Europe over a 545-hectare section of the Lausitzring grounds. In Nardò, Porsche Engineering and various manufacturers are forging ahead with the further development of the testing grounds for the testing of networked driving functions.

In Germany, licenses for the use of 5G radio frequencies will be auctioned off, with the first event occuring in early 2019. The revenue from the auction will benefit an investment fund for the expansion of the digital infrastructure. According to current plans, the first 5G cells are set to go online as part of the regular network in Germany in 2020/2021. Further expansion will proceed according to requirements. The first frequency auction in the US will probably only be held in 2020. China has assumed the pioneering position internationally in terms of 5G network expansion: According to a study by Analysys Mason, the People’s Republic currently already has more than 350,000 cell towers that support 5G communication— ten times more than the US. According to the current five-year plan, the government plans to invest 400 billion US dollars in the expansion of the 5G network by 2020. 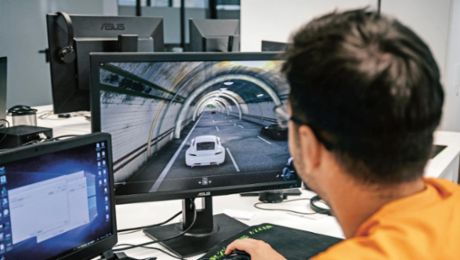