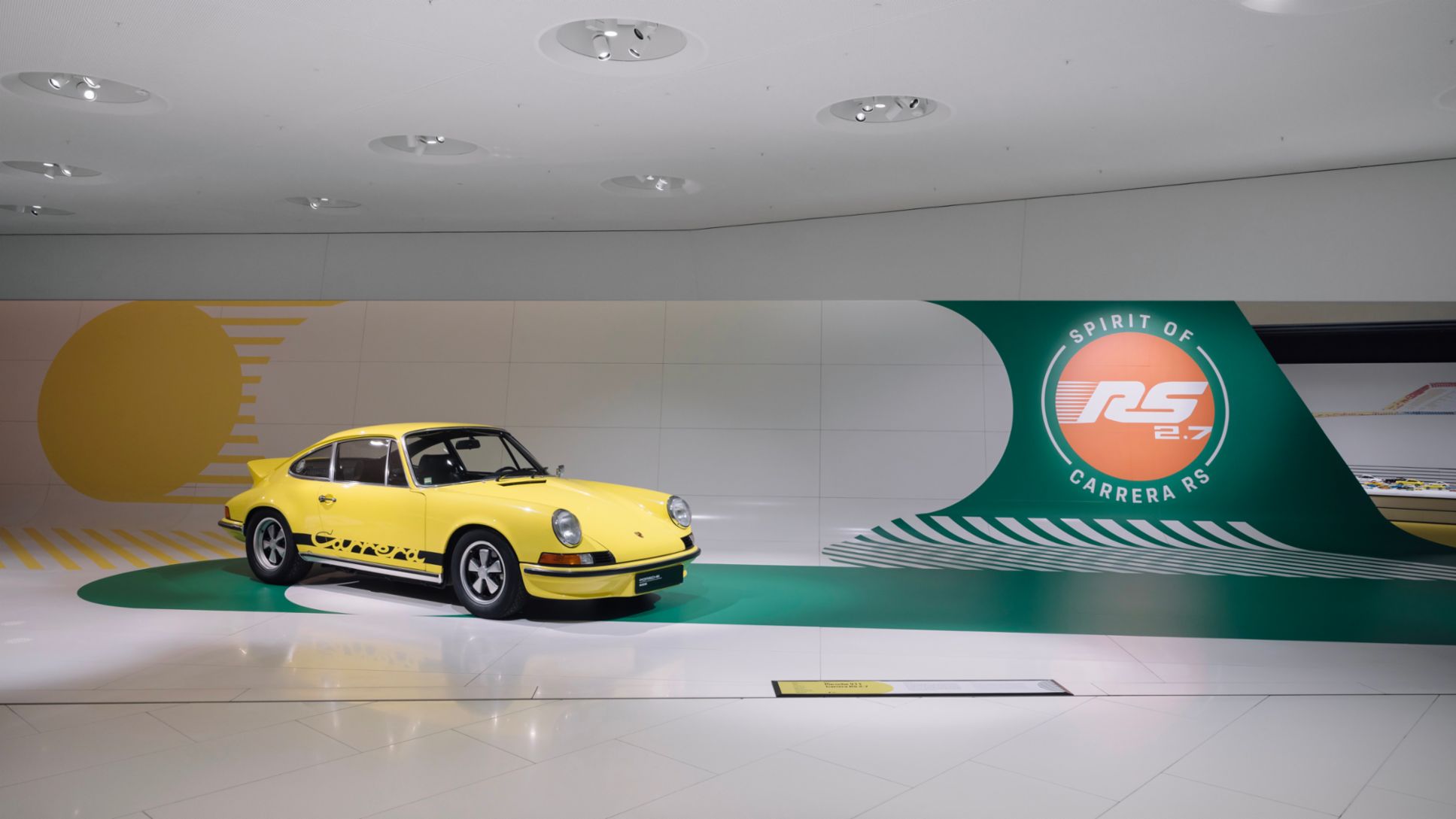 The Porsche 911 Carrera RS 2.7 is an undisputed icon of automotive history, unique and unforgettable. Fifty years after its world premiere, the Porsche Museum is honouring it with a special exhibition, ‘Spirit of Carrera RS’. From 20 September, the Porscheplatz in Zuffenhausen will be all about the ‘ducktail’, ‘RS’ or ‘2.7’, as the sports car is known among Porsche enthusiasts.

When the RS was unveiled at the Paris Motor Show on 5 October 1972, it was the first series-production car in the world with front and rear spoilers. The requirements for the 911 base vehicle for racing and rallying were clearly defined: light and fast were the watchwords. To achieve the objectives, Hans Mezger and Valentin Schäffer developed the 2.7-litre six-cylinder boxer engine with fuel injection from the ground up.

In the Sport version, the 210-PS, 960-kilogram Coupé went from 0 to 100 km/h in 5.8 seconds and topped out at almost 245 km/h. The precise aerodynamics designed back then with racing cars in mind still make the RS unique today. “It’s the most direct technology transfer from motorsport to series production that ever occurred,” says Head of GT Vehicles Andreas Preuninger. “Nothing about this has changed to this day and it is part of a modelled tradition at Porsche.”

from the development vehicle to the production-ready Porsche