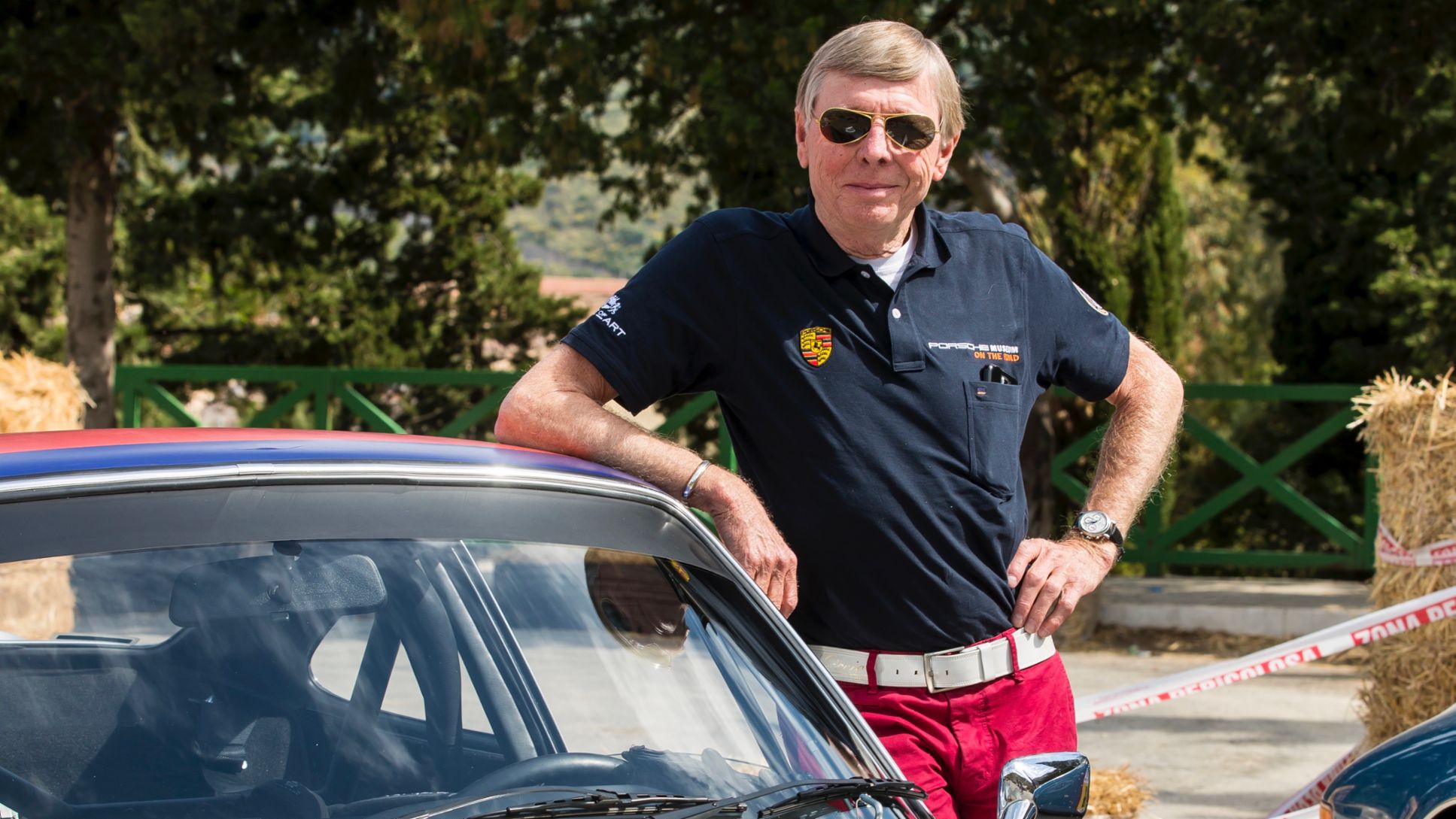 It’s no surprise that someone born a mere seven kilometres east of the Circuit Zandvoort would eventually become a race car driver. But that he would practice his profession so successfully as to be dubbed the “best Dutch race car driver of the 20th century” is as extraordinary as the man himself: Jonkheer Gijsbert van Lennep – “Gijs” for short – was born in a suburb of Bloemendaal, in Aerdenhout, the start flag of the world, on 16 March 1942. Today he turns 80.

The standout driver started his incomparable career in a Volkswagen Beetle – at Zandvoort, naturally. In 1965, he secured his first victory “at home” in a Porsche 904. After further successes in Porsche 906, 908/2 and 911 models, he won the Porsche Cup, organised for the first time on the initiative of Ferry Porsche in 1970, as the world’s best privateer driver.

That same year he would get to grips with the 917 KH when he drove the private “AAW” 917 owned by the Finn Antti Aarnio Wihuri together with the Briton David Piper. The team dropped out on lap 112, however, when van Lennep suffered a tyre blowout at 320 km/h, from which he would, however, emerge totally unscathed. The 917 always remained a “fantastic race car with handling like a very powerful go-kart” in his estimation, however, and no one else would drive the iconic race car in more races than the Dutchman.

In 1971, van Lennep – a gentleman driver throughout his illustrious career – started in a 917 KH from the Martini Racing Team and triumphed together with Helmut Marko. “We hardly had any brakes for the last five hours. But a repair would have cost us the lead”, he recalls today. He also remembers an overly sumptuous meal during a break in the driving: “It was a hearty steak. Granted, that was stupid. But we were young and didn’t know any better.” None of this prevented van Lennep from also setting a speed and distance record together with Marko – the latter of which would not be broken for 39 years.

Almost in passing, van Lennep gathered points in Formula 1, took the European Formula 5000 title and won the last Targa Florio, the famed road race in Sicily, in 1973. There he drove a 911 Carrera RSR as a Porsche works driver with the Swiss Herbert Müller. A few weeks later, the Dutch-Swiss duo scored a highly regarded triumph at Le Mans with fourth place overall, as Müller and van Lennep again competed in the 911 Carrera RSR in a field largely dominated by 3-litre prototypes.

Impressions from the racing career of Gijs van Lennep

In 1974, Gijs van Lennep again started with the works team at Le Mans together with Herbert Müller in the production 911 Carrera RSR Turbo 2.1 race car. Porsche’s first Turbo entry at Le Mans ended in a stunning second place overall for the two. Following a class victory in a private 911 Carrera RSR in 1975, van Lennep achieved further success in 1976 when he and Jacky Ickx drove to a resounding first place finish in the Porsche 936 in its first appearance in a 24-hour race. It was the first victory for a race car with a turbo and boxer engine at Le Mans – albeit not as hotly anticipated as it would turn out: with a leaking exhaust shaft from the oil cooler, hot air blew onto the drivers’ feet.

After that victory, and much to the regret of his many fans, Gijs van Lennep took the old saying “it’s best to quit when you’re on top” to heart and ended his extraordinary racing career. The Dutch icon remains a Porsche ambassador to this day and is a welcome guest at motorsport events around the world. 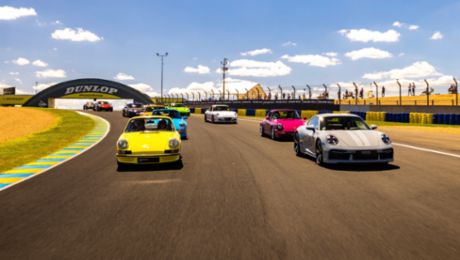