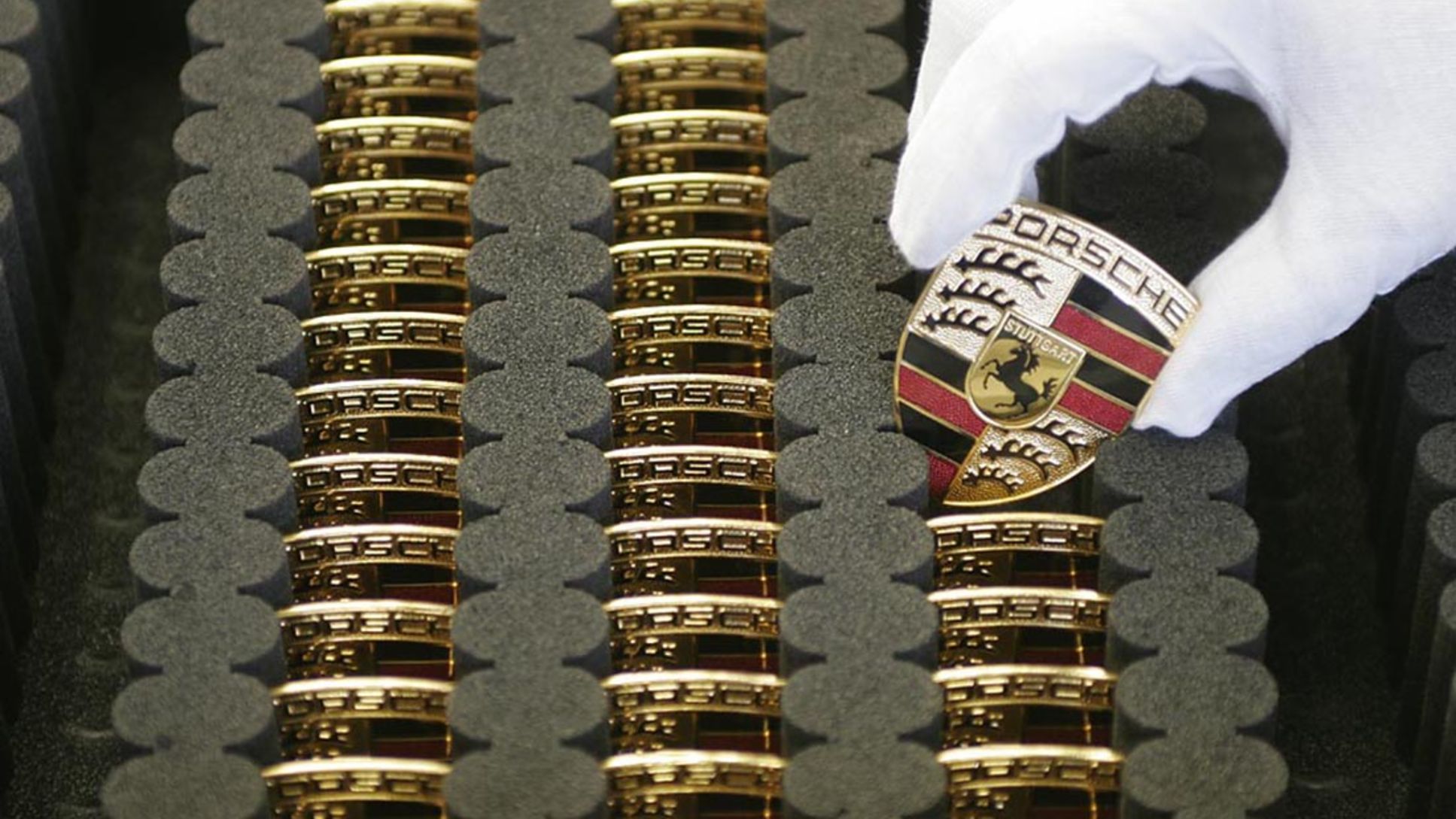 Now a familiar symbol the world over, the sports car manufacturer’s coat of arms first adorns a Porsche in 1952. Inspired by the Stuttgart city seal, the coat of arms features a rearing horse in the center and is framed by the contours of a golden shield. The city name above is flanked by the state colors – red and black – and stylized antlers, which come from the Württemberg-Hohenzollern coat of arms. Above everything else, the Porsche lettering acts as a protective roof.

Less well known is how the quality seal came about. The hood of every Zuffenhausen sports car has featured the Porsche lettering since 1948. The idea of applying a genuine trademark to the 356 doesn’t come to fruition for another three years. In March 1951, Porsche and Ottomar Domnick, a Stuttgart doctor and original Porsche customer, approach German art academies with a design competition and the chance to win 1,000 deutsche mark. But none of the designs win them over. The idea then gains traction in New York City, far from the sports car manufacturer.

It’s ultimately Austrian-born Max Hoffman, the owner of the Hoffman Motor Company, who gives the final push. Hoffman specializes in the import of European sports cars and has already made a name for himself in the automotive industry. Whatever he presents in his showroom, which was designed by top architect Frank Lloyd Wright, usually develops into the next big thing on American roads.

Shortly after importing the first Porsche 356 to the US, he wins an award for the most interesting car at Concours d’Élégance in Watkins Glen, New York. But the aesthete sees more potential in the winning vehicle. At a business dinner with Ferry Porsche in New York in late 1951, the importer puts the topic back on the agenda: a quality seal needs to be developed that’s visually appealing – a symbol that creates even more identity.

His plea sets the wheels in motion. On December 27, 1951, Ferry Porsche writes down the following: “Steering wheel hub featuring ‘Porsche’ and the Stuttgart coat of arms or something similar.” Back in Germany, he commissions Porsche designer Franz Xaver Reimspieß to design a trademark that symbolically reflects the company’s roots as well as the quality and dynamism of the products.

The result lives on today. In 1952, the coat of arms debuts on the steering wheel hub of the 356, before adorning the hood of a Porsche starting in 1954 and the hubcaps as of 1959. Now in its fifth stage of evolution, the coat of arms has undergone minor revisions to keep it contemporary, but has never lost its essence.

Text first published in the Porsche customer magazine Christophorus, No. 405. 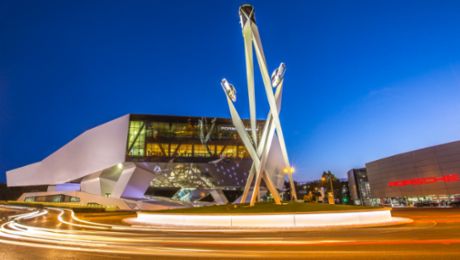