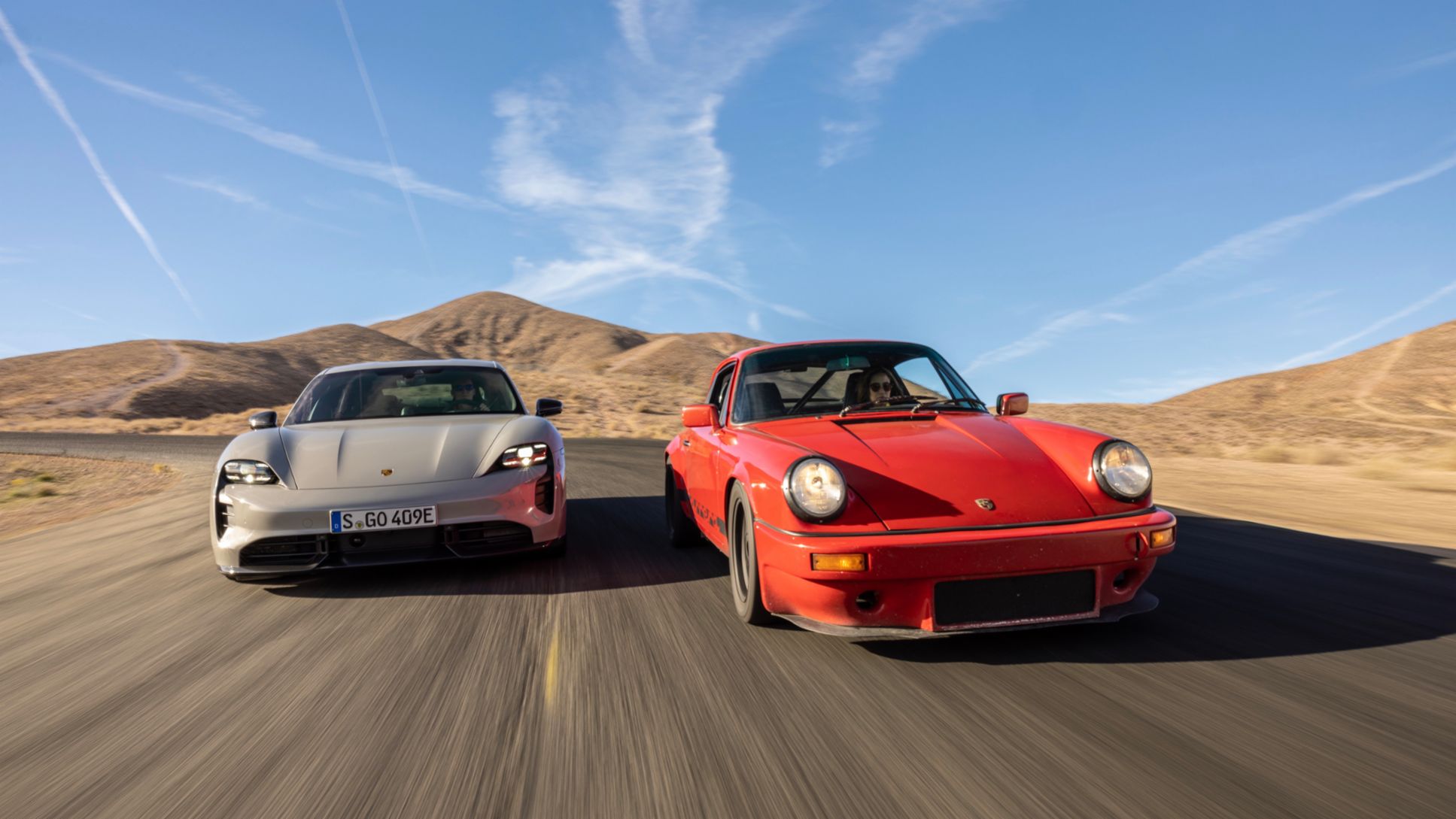 As the left-hand corner approaches, the driver of the Taycan GTS turns sharp left well before any normal turn-in point, then even more savagely right. If this seems counter-intuitive on the page, in real life it looks entirely insane. Yet the woman watching from the outside of the race track just nods to herself, in quiet approval. This is because she is Sera Trimble, Hollywood stunt driver and lightly modded G-Model Porsche 911 owner – and she knows what’s going to happen next.

Sure enough, the driver of the sleek grey electric sports saloon slings it hard left at the last moment, executing a perfect Scandinavian flick to unsettle the rear end of this most planted of cars, the swinging pendulum effect allowing him to drift past in a cloud of blue tyre smoke. Another nod from Trimble, this time enhanced by the slightest raise of an eyebrow.

As part of the global media drive of the new Porsche Taycan GTS, journalists have been visiting the legendary Willow Springs Raceway, scene of countless Porsche victories from the 1950s onwards, to find out just how good the new car is on ‘Big Willow’.

Getting the last millimetre of tread off the tyre

One of the hosts has been Christian Wolfsried, who manages the team of engineers working on the chassis of the Taycan – a project which he explains relies heavily on teamwork, especially in the complex, growing and evermore connected field of electric cars. Unsurprisingly, Wolfsried is as handy at the wheel of a car as he is at engineering one. Within Porsche’s development department, drivers are ranked from ‘Base’ to ‘Turbo’ and finally to ‘Supersport’ (plus there are more specialist Nürburgring Nordschleife and winter ratings). When asked which licence he has, Wolfsried quietly admits to having them all. It turns out that he is also an instructor and examiner. Today, he’s joined by a fellow driving professional to swap notes, stories and to make sure that some tyres that were already destined for the recycling containers have every last millimetre of tread wiped from their surfaces.

Right away, it is obvious that Wolfsried and Trimble are kindred spirits. While both would make very successful racing drivers if they ever put their minds to it, their disciplines have more in common with each other than a racer’s outright pursuit of speed. Wolfsried explains: “I’m not even the quickest of the pro-drivers at Porsche, but we have to do something quite different. If a racing driver finds that they can go faster round a corner by altering their line, or what they do with throttle and brake pedals, they will. What we have to do is to be ultra-consistent, so that we know that any improvement is purely down to our changes on the car. For us, it’s about adjusting and improving the car – not the driving.”

Trimble agrees, vigorously. “Consistency is totally what we have to do too. There’s a mark where we start, and we have to drift through exactly the same line and end up at the same angle and the same point every time, even if the tyres are changing, the surface is rubbering up or, as sometimes happens, the director has suddenly decided to change the look of the whole set and all your visual marks have gone.”

Trimble is very pleased to hear that Wolfsried and his team take so much time to make sure their cars perform exceptionally; whether sweeping down the highway or being driven much more dynamically on a closed circuit – or of course on a movie set. Asked by Wolfsried what her most dramatic film stunt has been, Trimble explains, with accompanying hand gestures and even some twirling across the floor, a jump scene she’s just done for Marvel Studio’s recent blockbuster Shang-Chi and the Legend of the Ten Rings. She wants to know if Porsche checks how their cars fly when they’re being developed.

With a bashful smile, Wolfsried replies that they often get quite a lot of air at a couple of points on the Ring and Nardò test track, and that there’s a durability test that involves jumping a car off the same brutal drop multiple times. There follows from Trimble a stream of pure-Californian invective about the cars that she all too often is asked to perform stunts in, whose electronic brains won’t allow anything exciting to take place, even with all the safety-net switches set to the ‘off’ position.

Sera Trimble and the Taycan GTS

Trimble, who drives a Macan as well as her uber-cool, hard-used 911, is soon behind the wheel of the Taycan herself. Straight away, the electric sport sound is on, the extra bass of the GTS variant meeting her approval, as does the instant acceleration from the electric powertrain, which she admits would be very useful in her stunt work. She laps the Horse Thief (the 1.6-kilometre road course at Willow Springs) quickly, precisely, effortlessly, swapping stories and comments with Wolfsried as she circulates at speeds completely out of proportion with her relaxed conversation.

Then it’s her turn to show off a few of her moves, at which point she throws the Taycan into a series of dramatic spins and skids, pirouetting it across the tarmac in an exquisite display of almost balletic car control. And a lot more tyre smoke.

Wolfsried watches Trimble demonstrating what the Taycan can do at the hands of a different type of driving professional before turning to look at her 911. He allows his face to turn into one huge grin. “Cool. Very, very cool.” 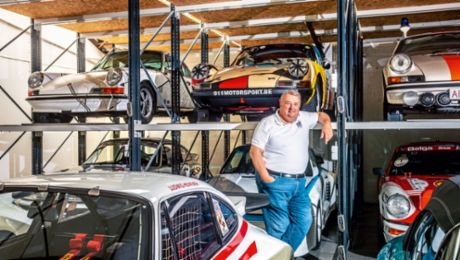 The first-generation Porsche Cayenne has had new life breathed into it. 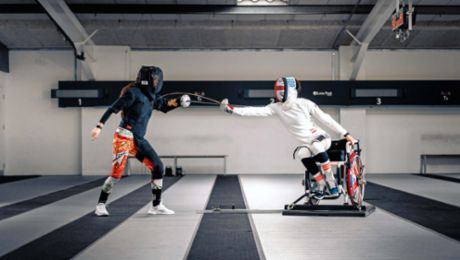