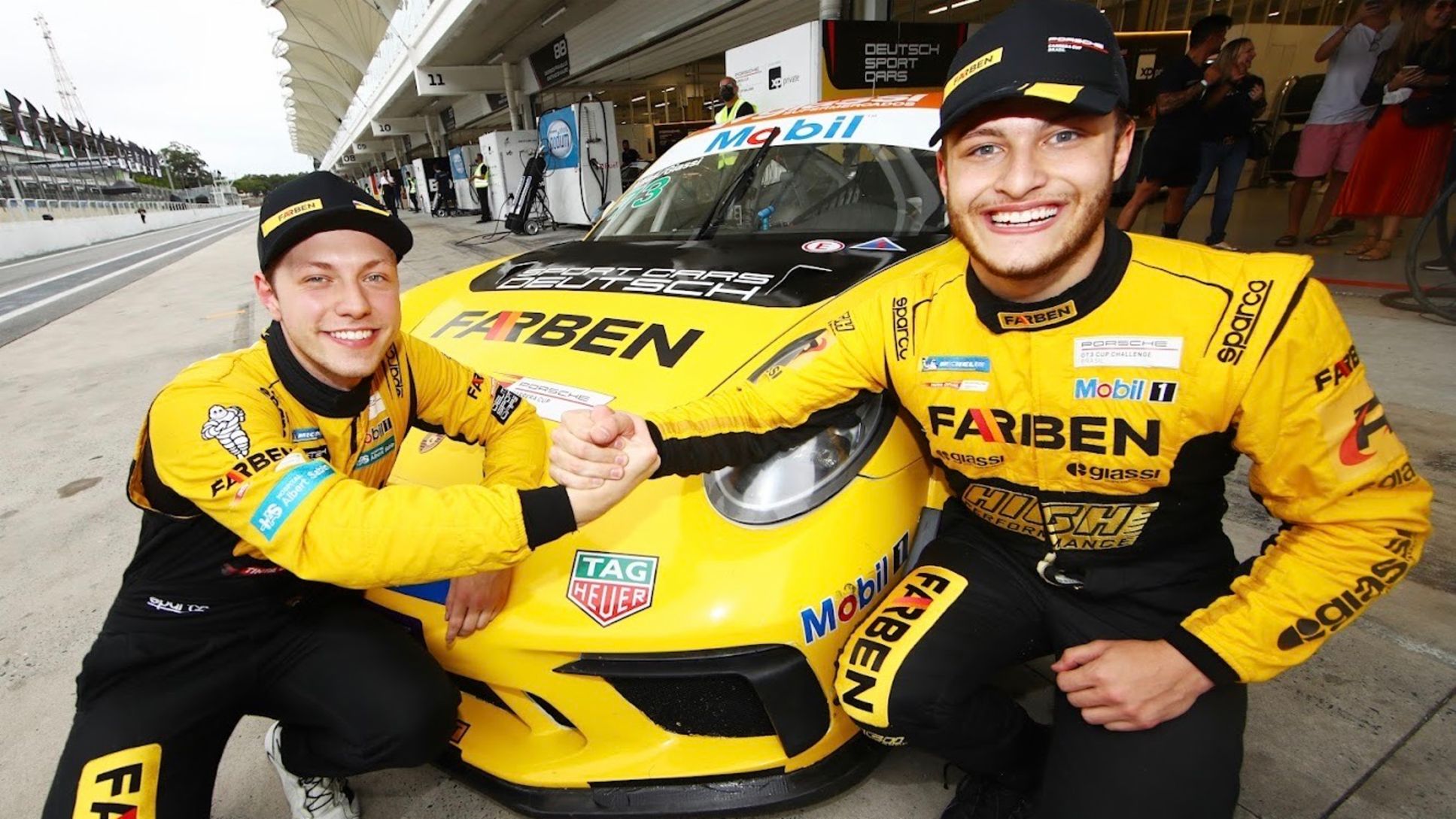 Jeff Giassi has realised a universal dream for gamers the world over. At the age of 24, the Brazilian sim racer has turned the virtual into the physical, rising from star of esports to real-life champion, and all of it behind the wheel of a Porsche.

Giassi started karting at the age of four, but like so many aspirational youngsters quickly discovered that the financial pressures were too great to allow him to take his racing to a professional level. Sim racing would eventually come to his rescue, offering the modest but determined youngster a means of honing his craft. “When I started sim racing I found the opportunity to learn how to race,” he says. “I already had an idea of what it was like to drive consistently, but not how to do that in the middle of a pack. Being consistent but also defending your position, and how to attack without being too exposed to the guy behind ­– all those things I’ve learned from trial and error in sim racing.”

Giassi’s first national sim racing series was the Porsche Esports Carrera Cup Brazil, a hotly contested series that saw five drivers tied for the championship lead going into the final round. Giassi took the crown, however, and in doing so was awarded the chance to drive a real 911 GT3 Cup car in a one-off test session. Although the car’s power was restricted and Giassi’s time with it limited, some impressive laps attested to a natural turn of speed.

Leap from sim to real-world driving

The leap from sim to real-world driving had been hugely informative to Giassi, who was surprised both by the accuracy of the virtual circuits and the differences inherent in hustling a 911 GT3 at the limit. “In real life you can be way more aggressive than you are in sim races,” he says. “The tyres can take more, so you can brake later, be more assertive with the power, and when the car is starting to slide on the exit, you can keep applying the throttle because it’s actually easier to save.” Nevertheless, Giassi observed that once you pass the limit in real life, the car is gone far faster, that “the grey area between being quick and making a mistake is way more difficult to find.”

A few months after his real-world debut, Giassi was back in the world of sim racing and soon qualified for the Porsche Tag Heuer Esports Supercup. This high-profile international series would pit him against stars of the format such as Joshua Rogers and Sebastian Job. But before the season began, he received a called from Porsche Brazil, proposing a partnership and offering their livery for the season.

“They asked what I might expect from the partnership, “Giassi explains. “Did I want to be paid, what could they do for me? I said I knew it was a really expensive thing to ask for, but if there was a Carrera Cup round where a car was not being used, maybe I could do a practice session? I wasn’t even asking to race.”

Porsche agreed and Giassi was invited to participate in the final round of the 2020 Porsche Cup Brazil’s Endurance series at Interlagos, partnering with Porsche Junior Enzo Elias. It was a baptism of fire, with Giassi struggling with used tyres, a hurdle unfamiliar to sim racers, and finding himself up to two seconds off the pace. But raw talent was about to win out once again. “When it came to qualifying, it was my first time with a new set of tyres and I just went for the lap, hoping it wasn’t too bad. Then I heard on the radio: ‘Jeff, you got pole position.’ It was an incredible feeling. When I came back to the pits everyone was standing out there clapping and I just started crying. It really meant a lot.”

Dominating the season with Enzo Elias

Although a race win would elude him in 2020, Giassi was invited by the team to return to the championship the following year, competing in the Endurance class for a full season. Partnered once again with Enzo Elias, the pair would dominate the season, taking the Endurance title for Giassi and the overall Carrera Cup trophy for Elias. It was an incredible debut that has made a driven and focused talent all the more determined to progress in physical motorsport.

“What I did in sim racing is the same thing that I want to do in real life,” Giassi explains, “starting in Carrera Cup and progressing to Supercup. That’s the path I want to take now. When I started out I could never have imagined I’d be telling my story here, so I’m really excited about the future.” 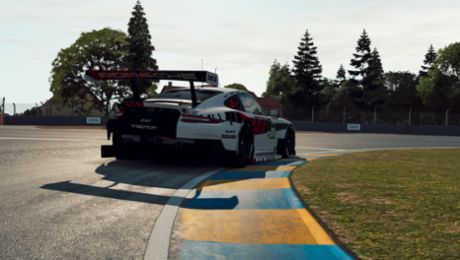 The Porsche Esports Team has secured second place in the GTE category at the virtual 24 Hours of Le Mans. 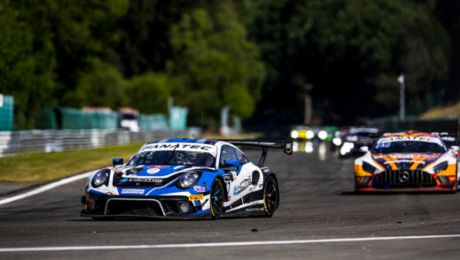 After a sensational charge through the field, Porsche works driver Laurens Vanthoor finished seventh at Spa-Francorchamps.