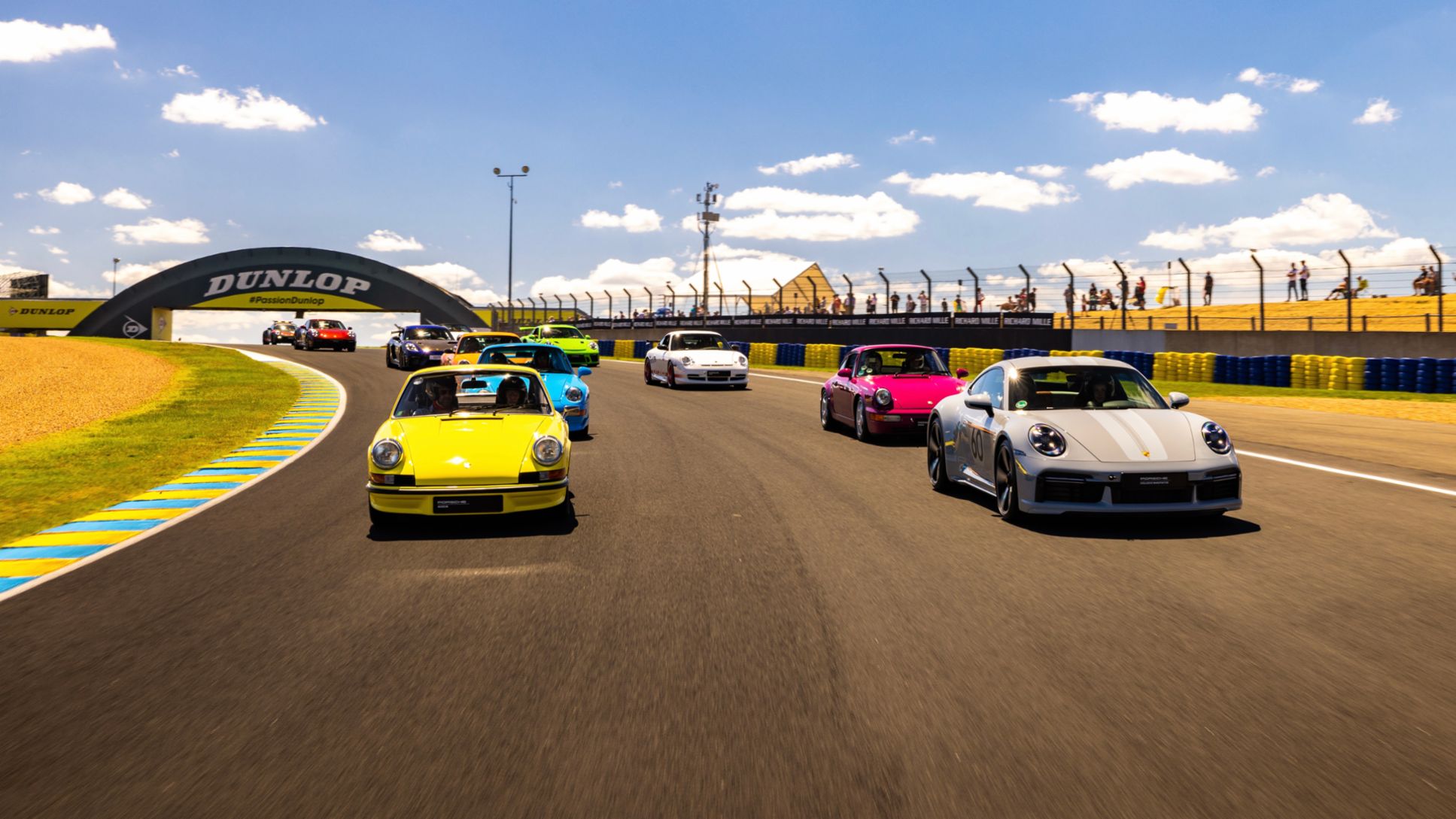 Also making star turns at the Porsche Experience Centre, situated at the heart of the action at Maison Blanche, was the new 911 Sport Classic, the second project created as part of Porsche’s Heritage Design programme. With its 3.7-litre flat-six delivering 550 PS (911 Sport Classic: consommation de carburant en cycle mixte (WLTP) 12,6 l/100 km, émissions de CO₂ en cycle mixte (WLTP) 285 g/km) to the rear wheels via a seven-speed manual transmission, the limited-edition Sport Classic, which itself wears a ducktail rear spoiler in homage to the original Carrera RS 2.7, is the most powerful manual 911 currently on sale.