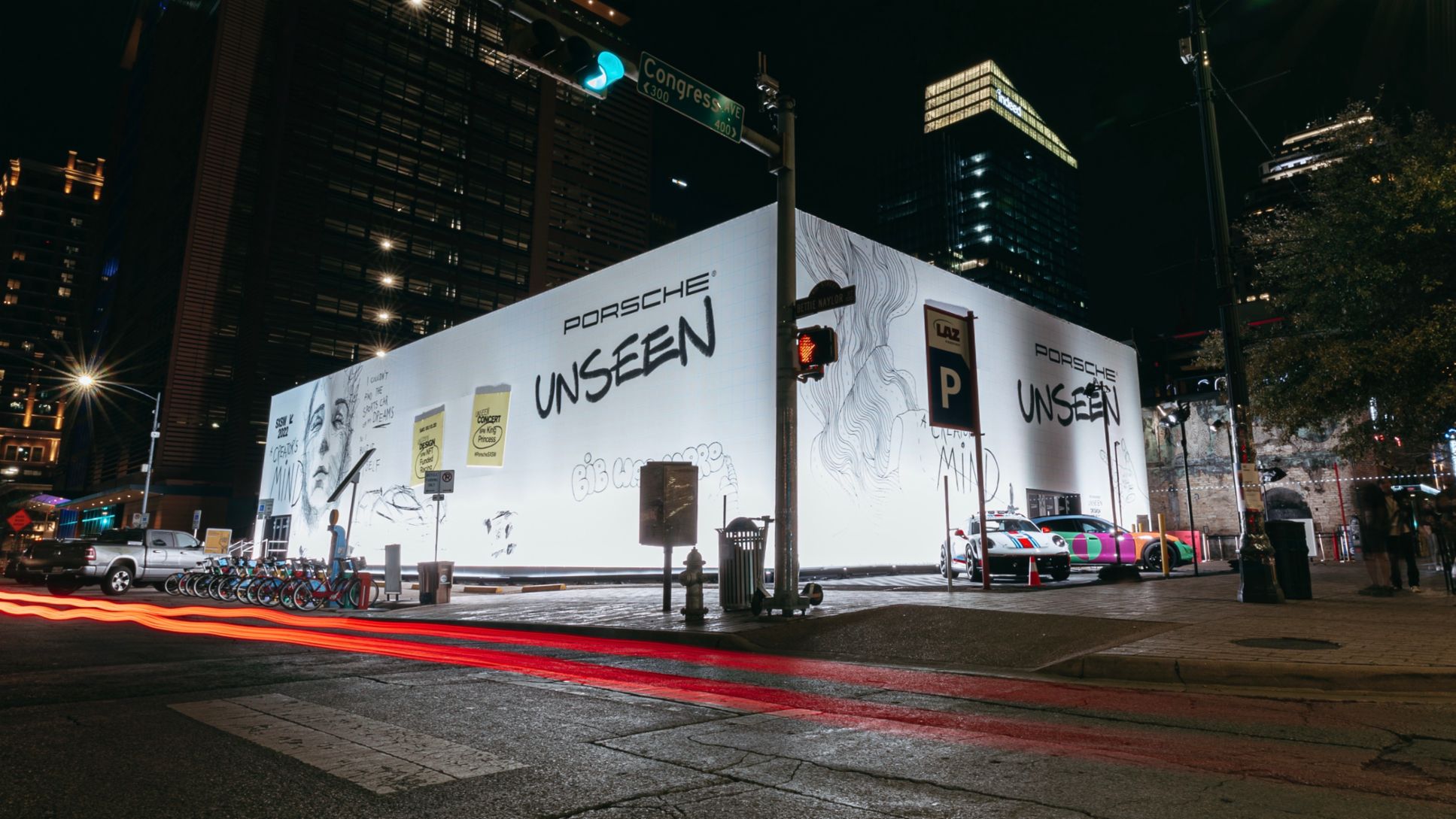 Porsche this week invites upcoming artists and innovators to engage with its designers and their work in a one-of-a-kind setting. For the first time, the German sports car maker is partnering with South by Southwest®, the annual festival of tech, film, music, education, and culture that attracts tens of thousands of professionals to Austin, Texas.

The centerpiece of Porsche’s presence at SXSW 2022, which will run from March 11-20, will be an installation in downtown Austin (400 Congress Ave) highlighting the creative process behind the development of its iconic sports cars.

“Porsche Unseen” is the title of the display center just a few blocks from the SXSW convention center. Stepping inside, conference attendees will find themselves on a giant replica of a designer’s desk, complete with oversized pencils, papers and desk clutter. It’s the perfect atmosphere for an interactive exhibition centered on once-secret design sketches and models from the Porsche design team.

The sketches of a vehicle project are a special highlight. Inspired by "Sally Carrera" from Disney and Pixar’s popular animated film "Cars", the sketches will be shown for the first time at SXSW. Marking the 20th anniversary of Sally Carrera, work has been underway for several months to create a unique car.

A team from Pixar Animation Studios and Porsche are currently working on the project as part of the Porsche Exclusive Manufaktur special request program. The proceeds from the auction of the car will benefit two organizations: on the one hand, the USA for UNHCR – the UN Refugee Agency . The other part of the proceeds will go to Girls Inc. This U.S. charity provides life-changing programs for girls and young women. 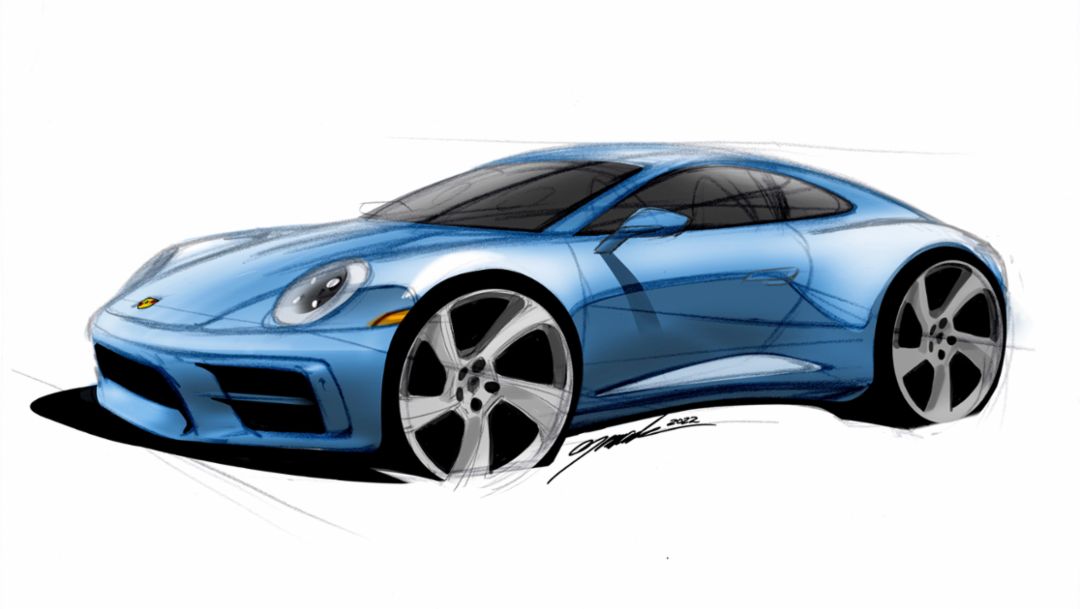 Marking the 20th anniversary of Sally Carrera, from Pixar Animation Studio’s Cars franchise, Porsche has been working for several months to create a unique car for a charitable auction.

The program on the Porsche exhibition floor from March 12 to 16 will be complimented by performances and creative workshops from music to film and tech as well as gaming, all under the motto “Unseen”. Highlights of the Unseen Music events will include performances by artists such as King Princess and Paris Jackson, as well as Cimafunk and Yendry. Unseen Design, Unseen Innovations and Unseen Mobility will also be part of the programming – from a new form of in-car sound experience to the potential of NFT-funded racing. Music composer Boris Salchow will be a guest, as will sneakerhead Sean Wotherspoon.

“At South by Southwest, people from all over the world come together to shape greater things and inspire each other,” says Detlev von Platen, Member of the Executive Board for Sales and Marketing at Porsche AG. “We want to show a new side of our brand and at the same time establish ourselves as a good partner of SXSW - with a diverse program, designed by young creative people, which we thereby support at the same time.”

“Our creativity and entrepreneurial curiosity are echoed in the unique convergence at SXSW of culture and business,” said Kjell Gruner, President and CEO of Porsche Cars North America, Inc. “The Porsche brand thrives on creativity, and our history is defined by bold steps for which there was no script. SXSW is the perfect place for us to engage with today’s creative leaders and to not only share our own ideas but to be open to – and be prepared to learn from – others.”

Further details of Porsche activities at SXSW are available under porsche.link/sxsw.