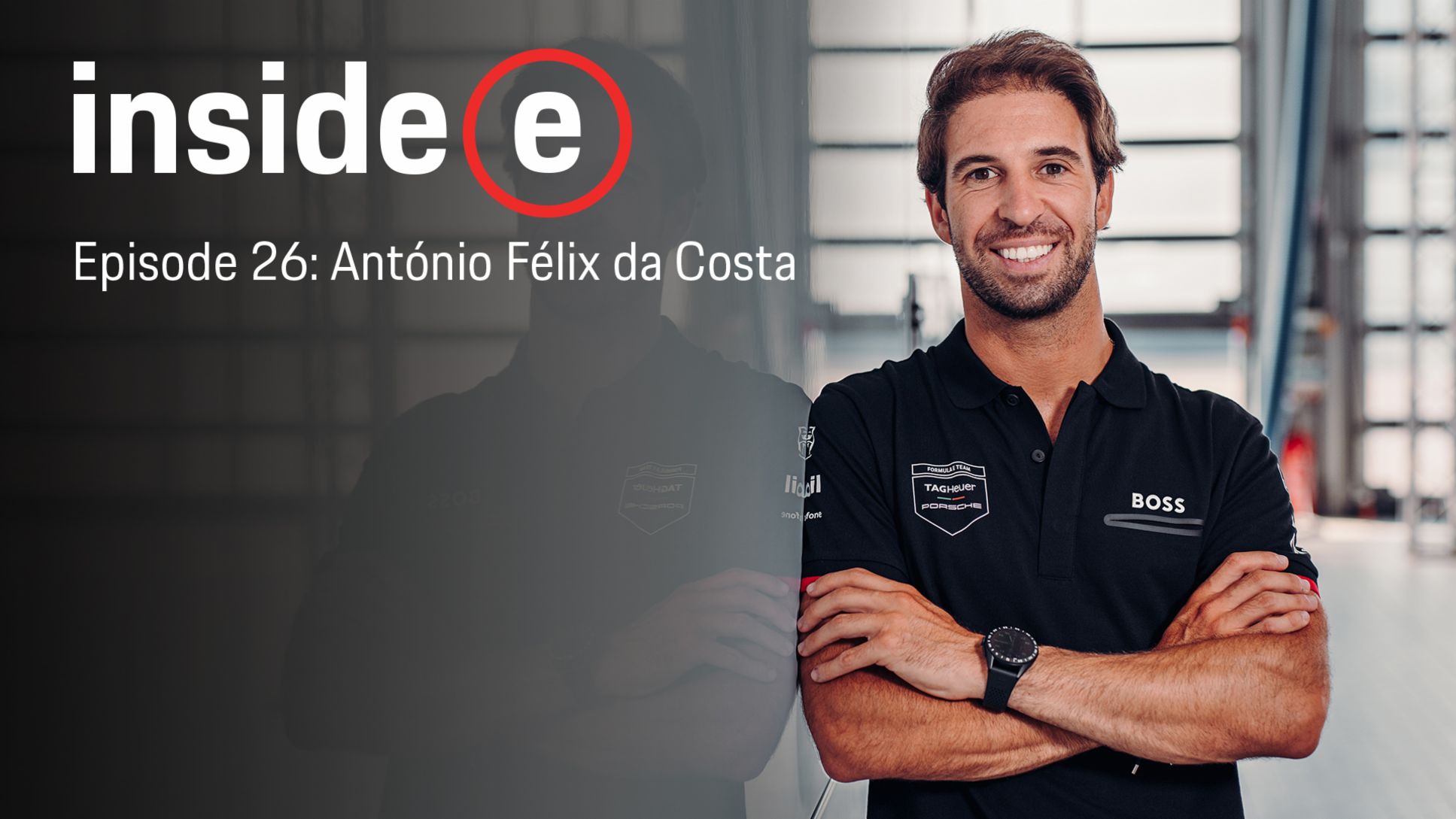 António Félix da Costa: “As a kid I dreamed of racing for Porsche”

“I’m so happy. When I look at myself in the mirror wearing the Porsche racing suit, it’s insane. Even as a kid, I dreamed of contesting and winning races for Porsche.” When Da Costa talks about his current emotional state, it’s with the same excitement of a young boy unwrapping a toy train set under the Christmas tree. Da Costa is a seasoned racing driver with major successes in scores of racing series – not just in Formula E, where he took home the 2020 title.

António Félix da Costa had a foot in the door of Formula 1 as a test driver for Red Bull Racing. He then took the Formula E path and says, “it was the best decision of my life.” He is impressed by the positive development of Formula E. It’s “super cool” to be a part of this championship. “To show on the racetrack that electric cars are not boring, that they’re quick and efficient and to see the change of perception in the world in such a short time – it’s really great.”

Right through his career, António Félix da Costa has been aware that top performances are expected from a driver of his calibre. He is not fazed by stress, on the contrary: “It’s great to have pressure,” he says. “Having no pressure means no one cares what you do. I train every day to perform. I’m excited to join Porsche, where we’re all working towards one goal - we want to win races and championships.”

The Porsche “Inside E” Formula E podcast is published in English and can be downloaded now from the Porsche Newsroom. "Inside E" is also available on other platforms such as Apple Podcasts, Spotify and Google Podcasts.