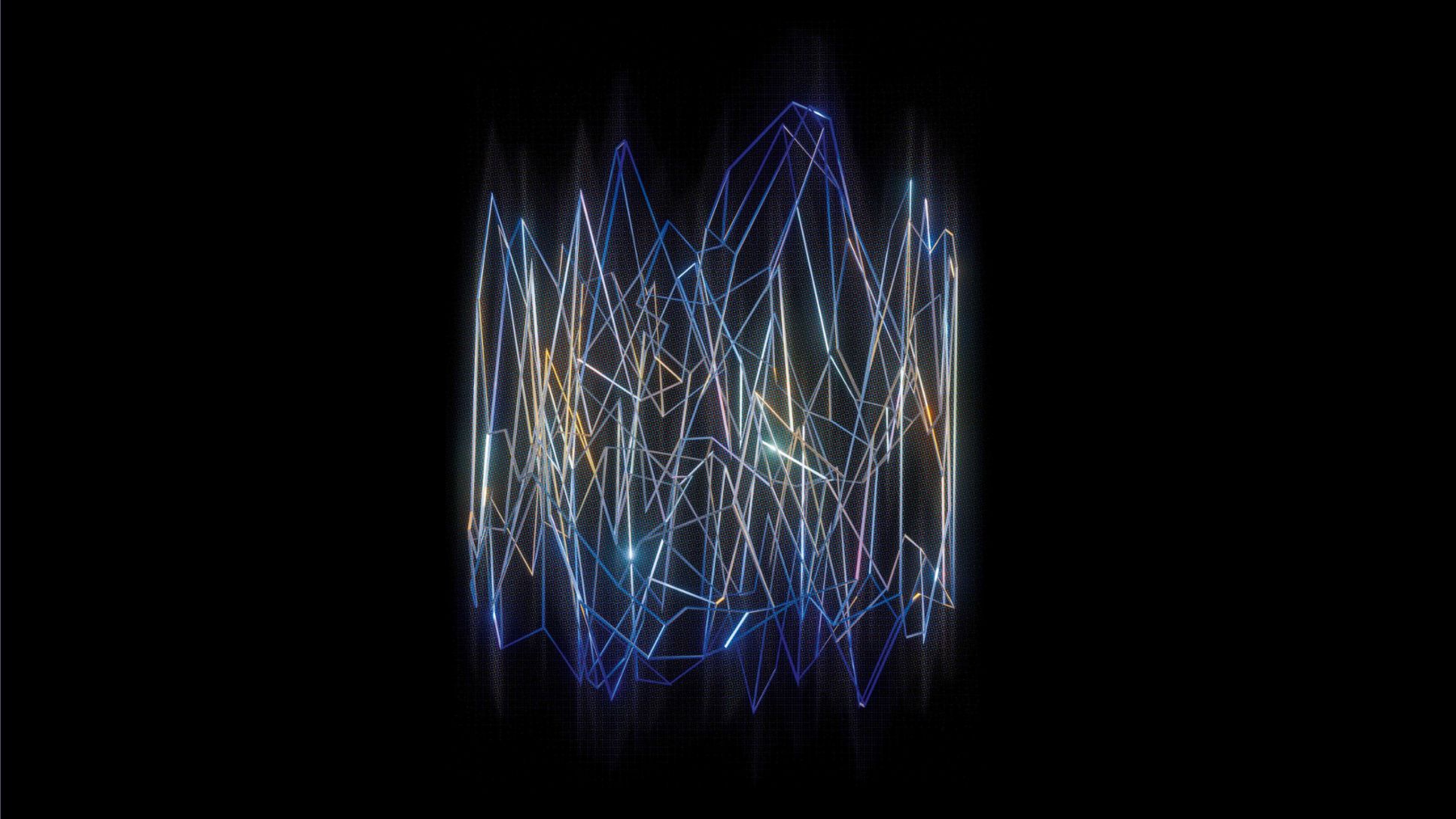 Many people could recognise the sound of a Porsche even when blindfolded – even one of the sports car manufacturer’s all-electric models.

For drivers of a classic Porsche 356, the clatter, purr and gentle hiss of the early air-cooled boxer engine is music to their ears – generated from a mechanical orchestra of pistons and valves, timing chains and rocker arms, intake and compression, combustion and exhaust. It’s a sound that has become synonymous with the sports car brand over the generations.

Electric mobility has made many of these instruments redundant, replacing them with the soft hum of an electric motor. But emotion and information remain, as Porsche has composed a tapestry of sound for the Taycan over the years that is both new and yet genuinely characteristic of the brand. “No other manufacturer has spent as much time working on the sound both inside and out as Porsche,” says Tobias Hillers. He and his colleagues in the Sound and Concepts team at Porsche have been developing the Taycan’s acoustics since 2015. “We have known for a long time that you need to be able to hear electric cars for safety reasons.”

The EU approved a regulation regarding the use of an acoustic alert system for electric cars in 2014 and revised it in 2019. Known as the acoustic vehicle alerting system (AVAS), it is designed to protect other road users and must remain active up to a speed of 20 km/h. A similar regulation is in place in China and Japan, while in the US the rules go as far as requiring a warning sound when a stationary vehicle is about to move, as well as an increase in the sound level up to a speed of 32 km/h.

The acousticians in Weissach have transformed the requirement into a special feature. While certain sound components and the volume are legally stipulated, they created a special Porsche soundtrack that is characteristic, sporty and powerful. It’s also worth mentioning that, like the 356 and 911, the Taycan provides the driver with clear feedback. Experiences with the Porsche 919 Hybrid confirmed how important the vehicle’s audible responses are: when works drivers trained in a simulator behind the wheel of the three-time Le Mans winner they were faster when the racer provided them with acoustic feedback.

While all-electric vehicles are quieter, they’re not silent. The sound of tyres on the road and the humming of the transmission and motors is no less informative than that of an internal combustion engine. Inspired by this backdrop of aural magic, the sound designers developed the ‘voice’ of the Taycan. Nothing is generated artificially: “The sound has to fit the vehicle and be authentic,” emphasises Hillers. “We incorporate the components that sound really good. Then we filter out less attractive sounds. Anything that sounds like a dentist’s drill or streetcar has to go.”

What might seem like a simple task was actually a complicated development process. “We once spent three weeks hunkered down at our Nardò Technical Centre in Italy creating sounds and trying them out on the test tracks there,” explains the engineer. The acousticians also spent countless hours creating the foundation of Porsche Electric Sport Sound at the soundproof laboratory of the Porsche development centre in Weissach. In addition to their own sense of hearing, they also relied on a special artificial head for binaural listening, which is spatial listening with two ears. The ear that is turned towards the source of the sound perceives it earlier and more clearly than the other. The human sense of hearing is so sensitive that it can detect delays of up to 0.00001 seconds and, beginning at a certain pitch, differences in sound pressure of one decibel. With the artificial head, the acousticians can simulate any position inside and outside of the vehicle.

The results are promising: Porsche Electric Sport Sound is an entirely innovative sound experience. Emotional, rather than obtrusive, but present and unmistakable. “Just the right kick requires the right sound,” explains Tobias Hillers.

The acoustic experts in Weissach develop individual sound concepts for each generation of engine, providing every Porsche model with its very own acoustic calling card. Experience the different sounds with a large selection of audio examples, from the 356 to the Taycan.

Text first published in the Porsche magazine Christophorus, No. 402. 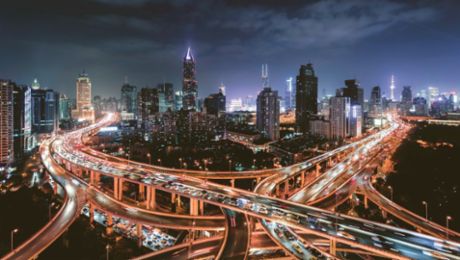 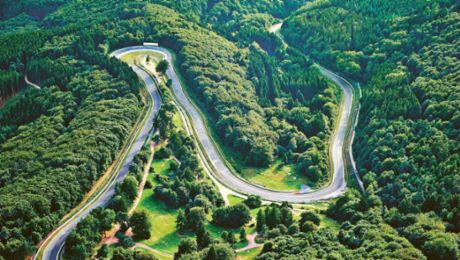 In a study, Porsche Engineering has examined the potential of hydrogen combustion engines.

The Taycan generates new energy when braking. How does it work? 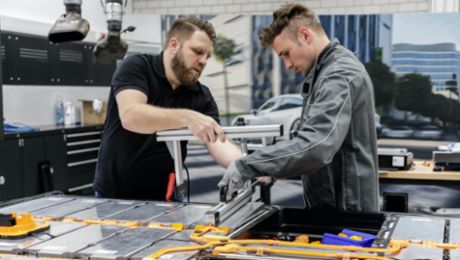