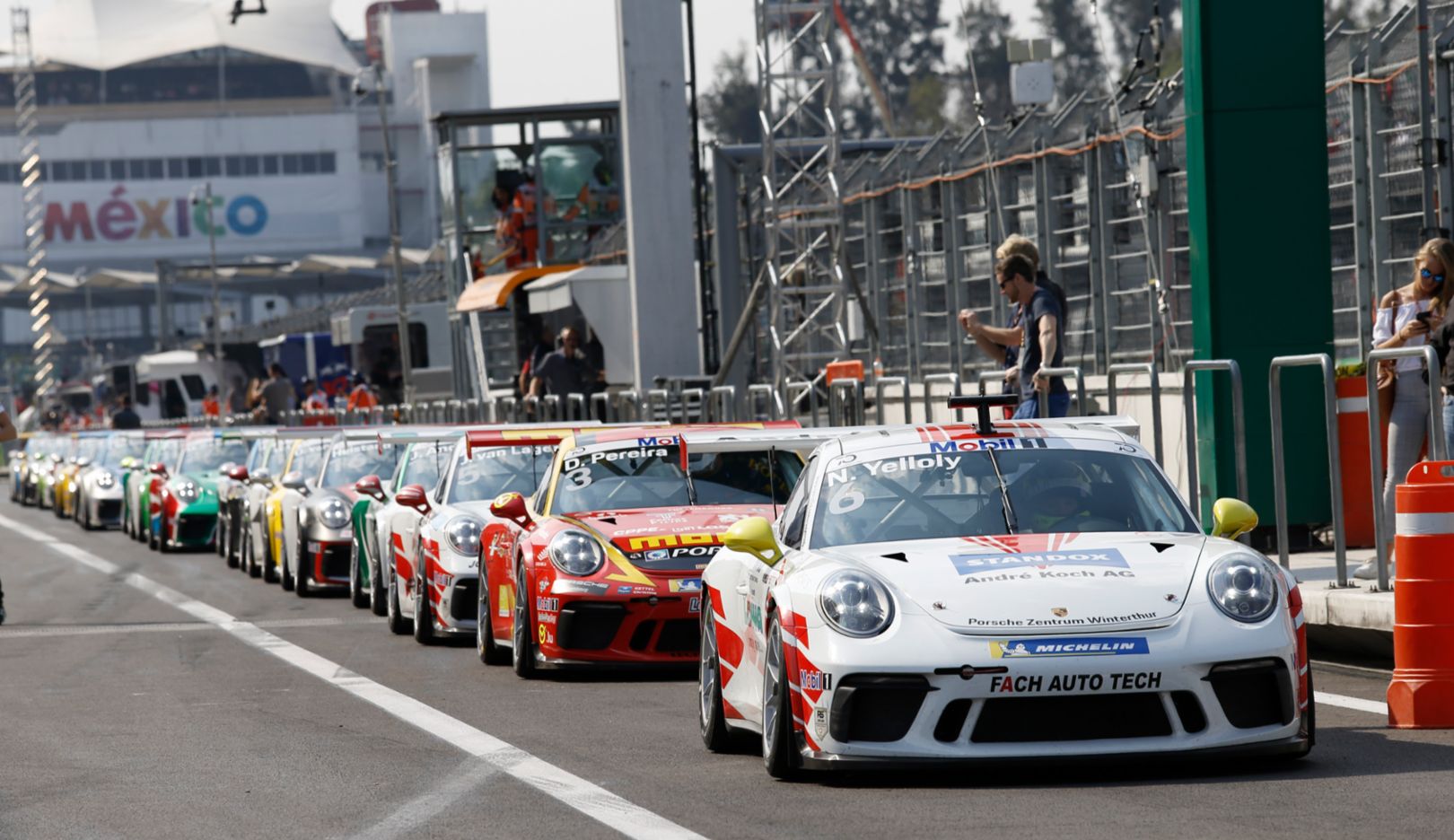 The 2019 calendar of the Porsche Mobil 1 Supercup again includes ten championship races at nine venues. Like in previous years, all races are contested as support to the Formula One World Championship. The new season brings a significant increase in the media coverage of the one-make cup, which was launched in 1993. All ten rounds can be watched live on the Internet and in full length on German-language free-TV. “We’re kicking off the season with a media initiative and we strengthening our activities in the TV, print and online areas. There are some very strong drivers coming up through the ranks from the national one-make cup series and we’ll be fielding the VIP car again in 2019.” says Oliver Schwab, the Manager of the Porsche Mobil 1 Supercup. There is great demand from teams. Long before at the start of the season all starting places were taken.

The series organisers will continue the long tradition of running a VIP vehicle this coming season. At selected rounds, prominent personalities will take the wheel of the Porsche 911 GT3 Cup as guest drivers. Last season, three such VIPs took up the challenge: Dakar Rally winner Matthias Walkner contested his home race in Spielberg, BBC’s Top Gear star Chris Harris competed at Silverstone, and Formula E driver Felix Rosenqvist stirred up the field at Spa-Francorchamps. The IndyCar driver from Sweden netted an impressive tenth place in Belgium. The greatest success in the VIP-Porsche was achieved by ex-Formula 1 world champion Mika Häkkinen. The Finn won his 1993 guest starts in Monaco and Budapest.

The 2019 Porsche Mobil 1 Supercup season marks an important step in the still young motorsport career of Jaxon Evans (New Zealand). The 22-year-old contests his maiden season in the fast one-make cup on an international stage as the new Porsche Junior. In 2018, Evans pocketed the title of the Porsche Carrera Cup Australia. Porsche Junior Julien Andlauer (France) contests his second Porsche Mobil 1 Supercup season in 2019. The 19-year-old gave a convincing performance last season with two victories at the double-header finale in Mexico City.

In addition to the close competition, the Porsche Mobil 1 Supercup also represents equality of chances: All race cars are technically identical, as are the Michelin tyres and the fuel. The Porsche 911 GT3 Cup (the second generation of the 991) has been fielded in the Porsche Mobil 1 Supercup since 2017. The rear of the new 911 GT3 Cup houses a four-litre, six-cylinder flat engine, guaranteeing powerful propulsion. Thanks to thoroughbred motorsport technology, the compact engine with direct fuel injection delivers a peak performance of 357 kW (485 hp), making it the most powerful vehicle in the history of the Porsche one-make cup.