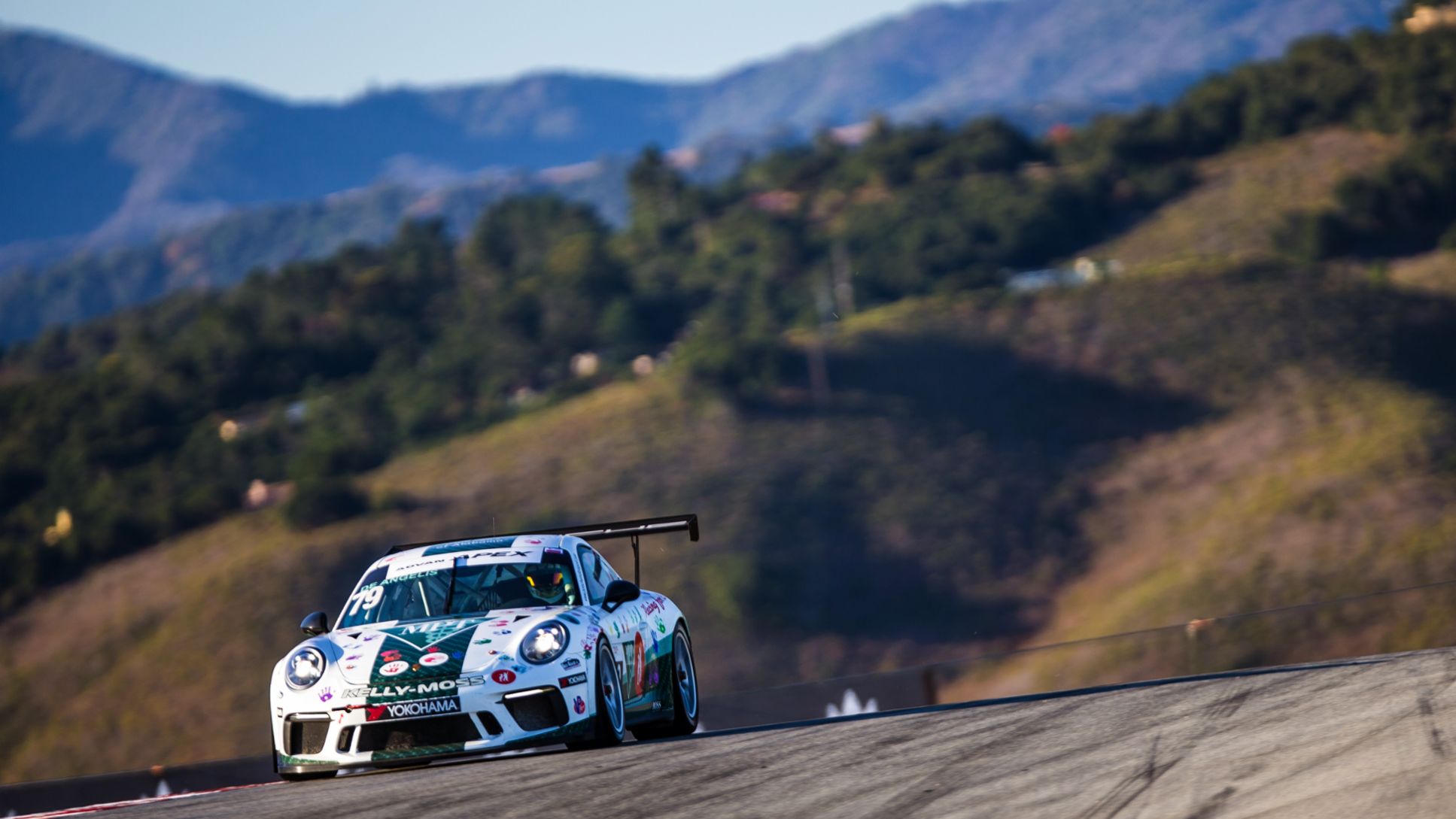 Both young aspiring drivers and veteran semi-pros have a home in the IMSA Porsche GT3 Cup Challenge USA, which uses the iconic Porsche 911 GT3 Cup car. Action takes place in both Platinum Cup and Gold Cup, with a Masters Championship for drivers 45 and over also contested in Platinum Cup. Each of eight weekends on North American circuits includes a pair of 45-minute races.

Race calendar for the 2020 season

The Porsche GT3 Cup Challenge features some of the US's greatest tracks. The 2020 season begins in March at the Grad Prix of St. Petersburg and concludes early in October during Petit Le Mans week at Road Atlanta. Between these rounds, racers will take up the challenge in Alabama (Barber Motorsports Park), Ohio (Mid-Ohio), New York (Wakins Glen), Wisconsin (Road America), Virginia (VIR), and California (Laguna Seca).

All race cars are technically identical, as are the Michelin tires and the fuel. The Porsche 911 GT3 Cup (the second generation of the 991) has been fielded in the Porsche Mobil 1 Supercup since 2017. The rear of the new 911 GT3 Cup houses a four-litre, six-cylinder flat engine, guaranteeing powerful propulsion. Thanks to thoroughbred motorsport technology, the compact engine with direct fuel injection delivers a peak performance of 357 kW (485 hp), making it the most powerful vehicle in the history of the Porsche one-make cup.