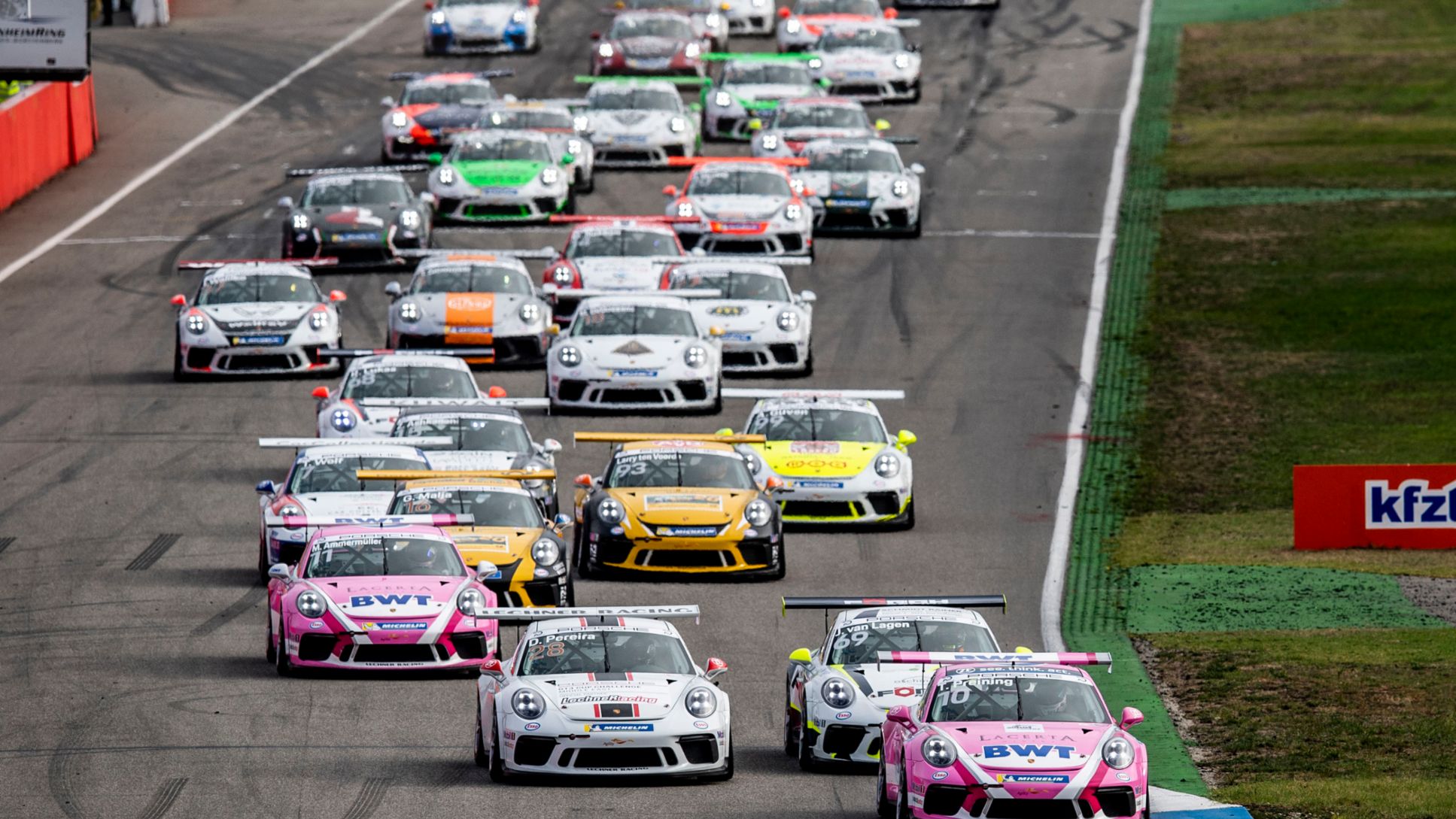 2019 marks a very special year for the Porsche Carrera Cup Deutschland: Germany’s fastest one-make cup celebrates its 30th anniversary. The attractive race calendar includes 16 races as part of the ADAC GT Masters and the DTM. The Talent Pool, the successful support programme of the Carrera Cup Deutschland, will continue in 2019. This programme was introduced last season with the aim of assisting talented youngsters into international GT racing.

Eight events, each with two races, make up the 2019 racing calendar. Six rounds of the Porsche Carrera Cup Deutschland will be contested as part of the ADAC GT Masters. Aside from the races at the Nürburgring, Hockenheimring and Sachsenring, drivers will compete at three rounds outside Germany: Most in the Czech Republic, Spielberg in Austria and Zandvoort in the Netherlands. The other two rounds of the one-make cup will be held as part of the DTM weekends: the season-opener at the Hockenheimring Baden-Württemberg and at the storied Norisring racetrack in Nuremberg. At each weekend, a 30-minute sprint race will be held on Saturday and Sunday.

With the Porsche Carrera Cup Deutschland Talent Pool, the one-make cup introduced a completely new junior programme last season. Sixteen ambitious youngsters benefited from extensive support. In 2019, the concept, which includes intensive support from the experienced Porsche professional Wolf Henzler, fitness tests, individualised training programmes, mental and media coaching as well as free sets of tires, will be systematically developed. The number of participants will be limited and, at the same time, the quality as well as the scope of support will increase significantly.

“30 years of the Porsche Carrera Cup Deutschland – that is unquestionably a success story. Since it was launched in 1990, the series has been synonymous with thrilling motorsport in an attractive environment. Even in our 30th year, we are still looking ahead. We are delighted to have a field packed with talented drivers, and to be able to offer exciting races on the support programme for two high-class series,” said Hurui Issak, Project Manager Porsche Carrera Cup Deutschland.

Fans can also look forward to broad media coverage. All races will be televised in full length on Sport 1. Moreover, interesting background reports will be produced highlighting the Porsche Carrera Cup Deutschland. The races are broadcast live on www.porsche.de/carreracup as well as a variety of other online platforms. German TV channel N-TV provides highlights.

The Twitter channel @PorscheRaces as well as the Instagram account @porsche_newsroom allow a glimpse behind the scenes, providing news on drivers, teams and their race cars. Porsche also supplies information on its motor racing activities to members of the press exclusively on its press database www.presse.porsche.de.