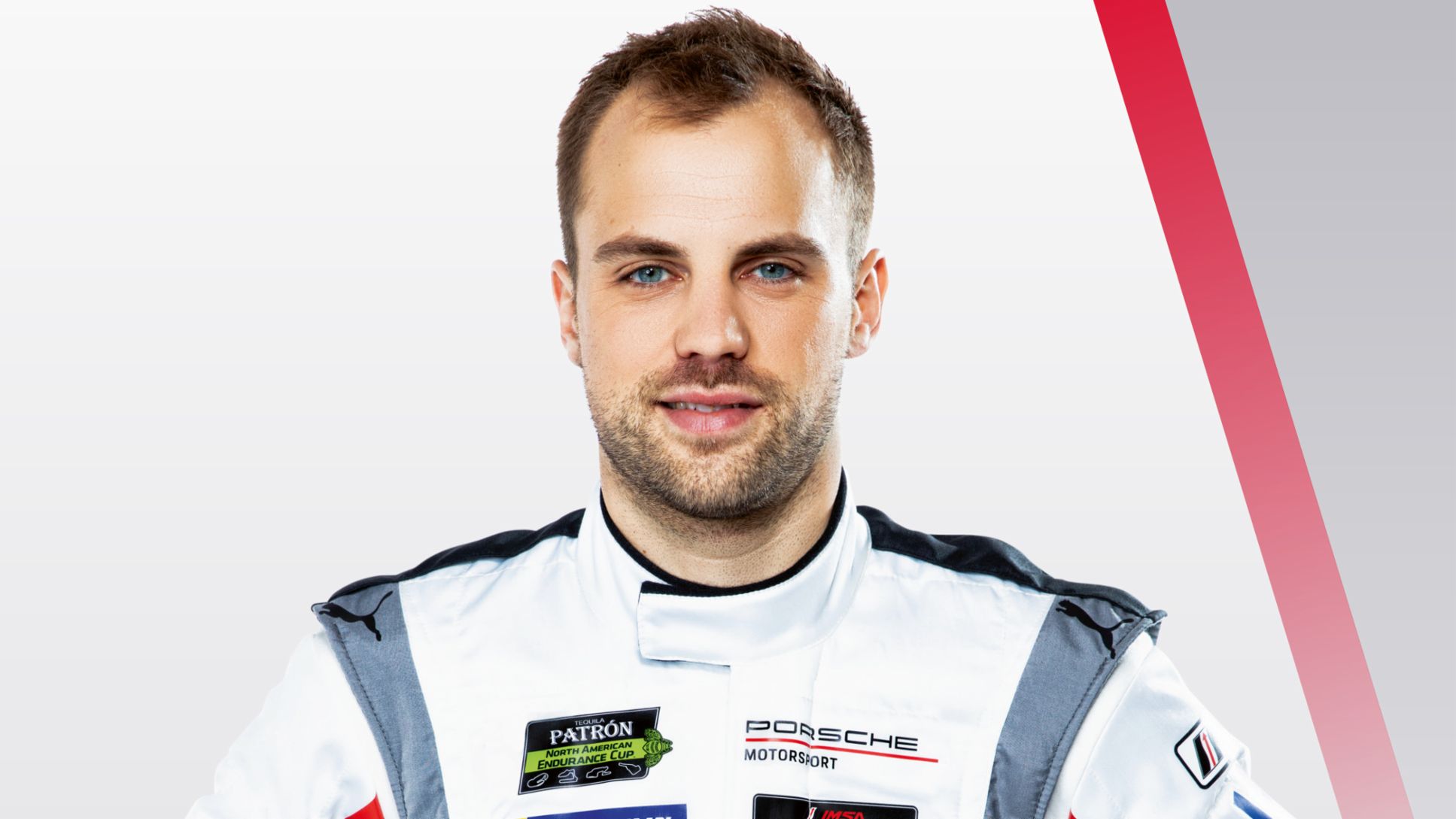 For the 2017 season, two dreams came true for Laurens Vanthoor – he became a Porsche works driver and at the wheel of the 911 RSR, contested the IMSA WeatherTech SportsCar Championship in the USA. The Belgian, who lives with his German wife and young daughter in the Swabian town of Waiblingen, already turned heads in the 2016 season: He scored a spectacular win in the FIA GT World Cup in Macau. In the Intercontinental GT Challenge, too, he secured overall victory, and also won the Dubai 24 Hours and the Sepang 12-hour race. He’d laid the foundation for this dream season in the previous year – with wins at the Nürburgring 24 Hours, victory at Sepang and second place at the twelve-hour classic in Bathurst, Australia. In 2014, he underlined that he not only shines at individual races such as winning the Spa 24 Hours but also clinched overall victory in the Blancpain Endurance Championship and the Blancpain GT Series. In 2018, Vanthoor added another impressive achievement to his CV: victory at the 24 Hours of Le Mans. During qualifying at the Nürburgring 24-hour race, he posted a record-setting lap time in the Porsche 911 GT3 R.