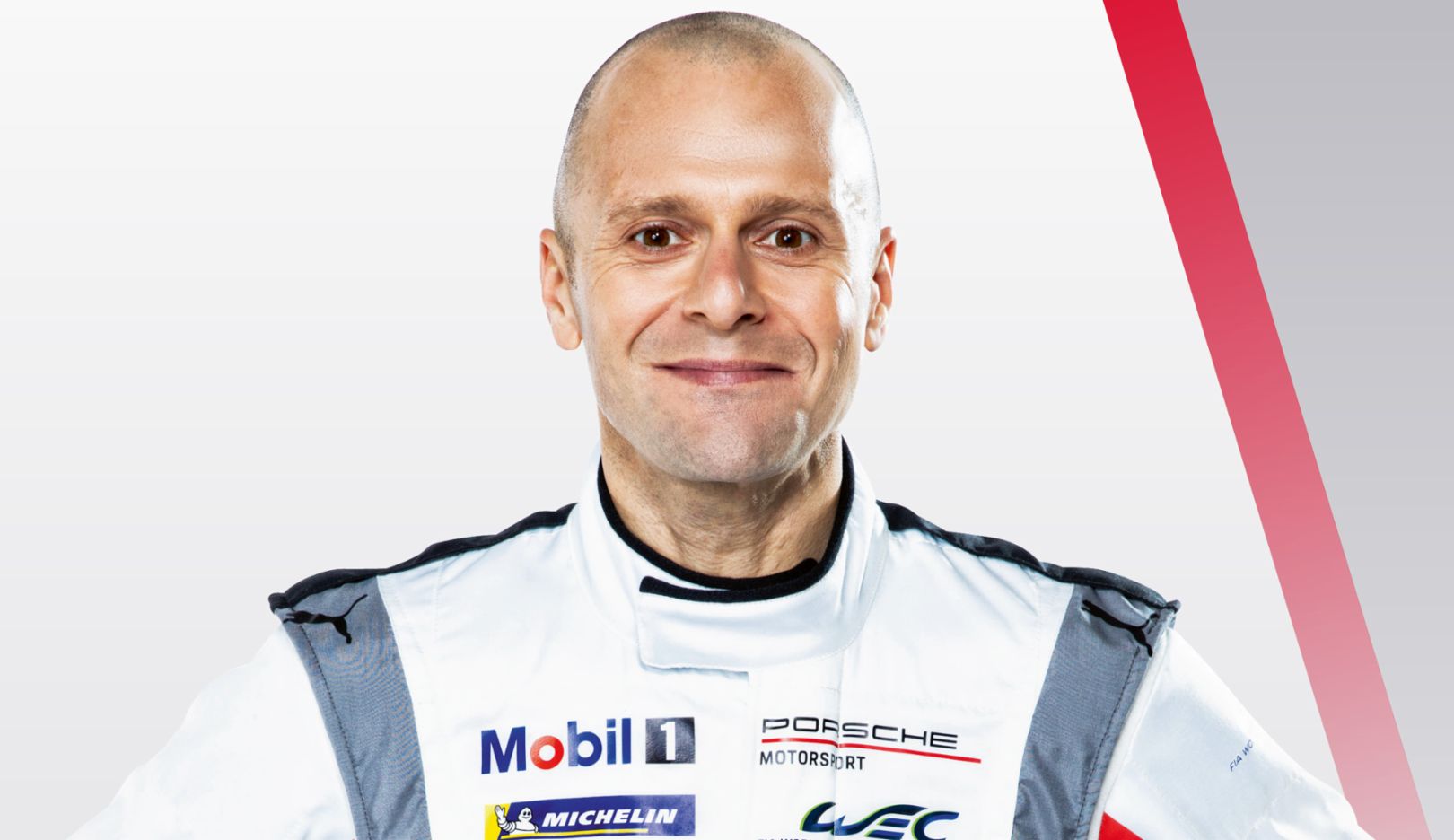 Gianmaria Bruni had waited a long time for this: On July 2nd, 2017, the Italian contested his first race for Porsche with the 911 RSR in Watkins Glen. The six-hour classic in the USA represented a new chapter in his already successful career, which includes victories and titles in the world’s most important sports car championships. His greatest successes of recent years include victory at the Le Mans 24 Hours in 2014, victory in the Sports Car World Endurance Championship WEC in 2013 and 2014 as well as winning the title in the Intercontinental Le Mans Cup (2011, 2012) and the GT Open (2012). He also won the Sebring 12 Hours in 2010, and the 24 Hours of Spa in 2015. At the 24 Hours of Le Mans in 2018, the Italian impressed in qualifying, lapping the 13.6-kilometre circuit at the wheel of the Porsche 911 RSR in 3:47.504 minutes – the fastest ever qualifying time for GTE vehicle at Le Mans.

With the Porsche 911 RSR, Gianmaria Bruni competes for the Porsche GT Team in the Sports Car World Endurance Championship WEC.