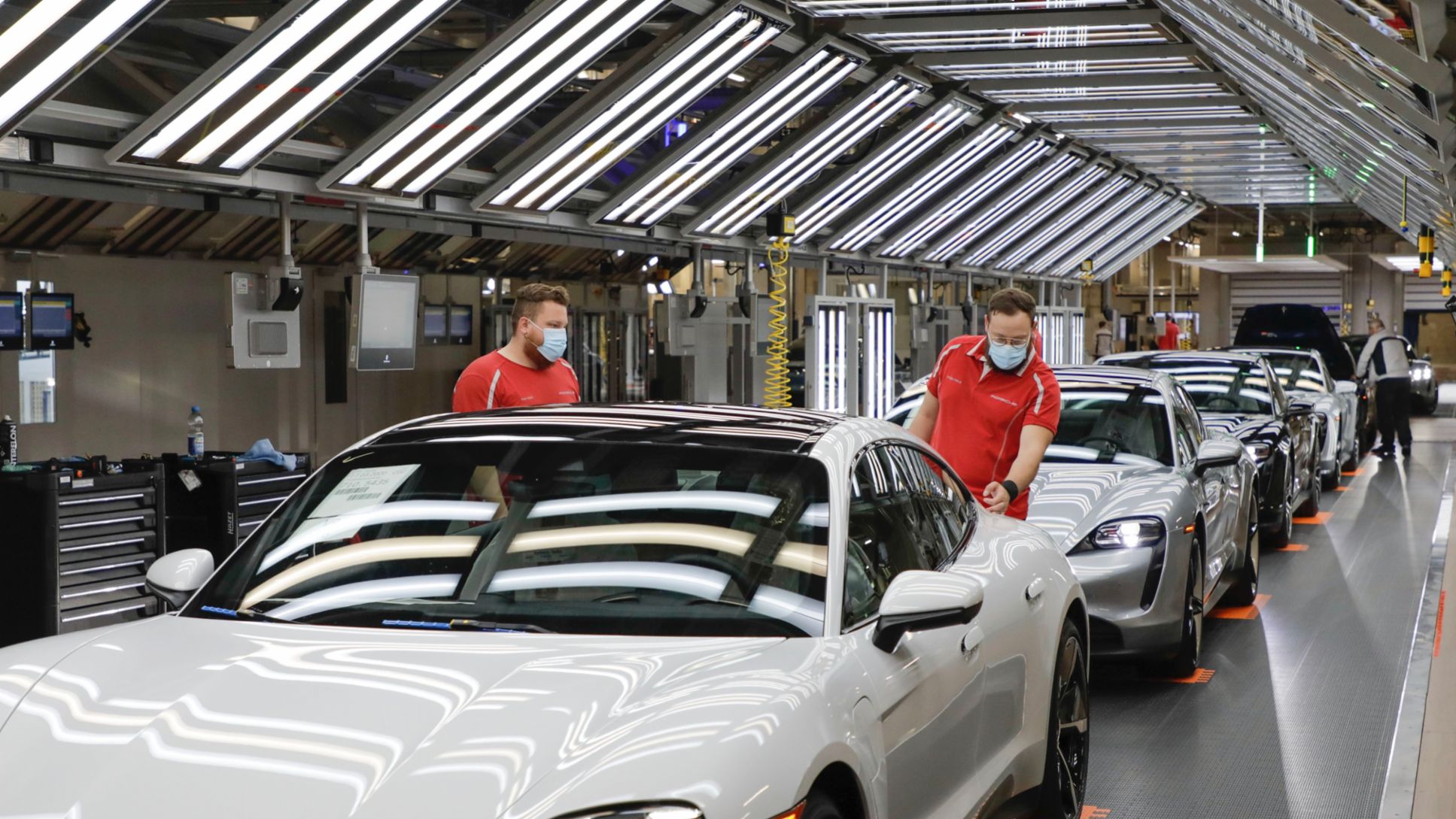 Porsche calls for suppliers to switch to green energy

Porsche is making further efforts to reduce CO₂-emissions in its supply chain: the sports car manufacturer is calling for its around 1,300 series suppliers to use exclusively renewable energy in the manufacture of Porsche components as of July.

It applies to any contracts awarded for providing production material for new vehicle projects. Suppliers who are unwilling to switch to certified green energy will no longer be considered for contracts with Porsche in the long term. "Our battery cell suppliers have already had to use green energy since 2020. And now we are taking the next important step: we stipulate that our series suppliers also use only renewable energy to produce our components, to help reduce CO2-emissions even further. We recognise that we have a responsibility to ensure that supply chains are transparent and sustainable," says Uwe-Karsten Städter, Member of the Executive Board for Procurement at Porsche AG.

Porsche has set itself an ambitious goal: the company wants to be CO2 -neutral across the entire value chain by 2030. At the moment, the sports car manufacturer's supply chain is responsible for around 20 percent of Porsche's total greenhouse gas emissions. This percentage is set to rise to around 40 by 2030 due to the increasing electrification of vehicles. But Porsche is tackling this issue head on: "By using only renewable energy sources, our suppliers are following our example in our efforts to reach CO2-neutrality. We plan to have even more intensive talks with our partners in order to drive forward improvements in our sustainability. It is only by working together that we will be able to combat ongoing climate change," explains Städter.

As well as in its supply chain, Porsche is reducing CO2-emissions in its own plants: the production of the Taycan – the first all-electric sports cars made in the Zuffenhausen plant in Stuttgart – has been carbon neutral since it was launched in 2019. Since 2020, this has been true for all vehicles made at the company's headquarters, and thus for the 911 and 718 as well. At the start of 2021, the Development Centre in Weissach and the plant in Leipzig, where the Macan and Panamera models are produced, followed suit. This means that all of the large Porsche sites are already CO2-neutral in terms of operations.

The company will also be investing more than a billion euros in decarbonisation measures over the next ten years. Porsche reached a milestone with the world premiere of the Taycan Cross Turismo at the beginning of March. The all-rounder among electric sports cars is the world's first ever vehicle to be carbon neutral throughout its entire service life. More model series are set to follow. And by 2030, the aim is for more than 80 percent of all new vehicles sold to be purely electric or plug-in hybrid models. As early as 2025, at least 50 percent of new vehicles sold are to feature an electric drive.