Porsche and coronavirus: Facing the crisis with determination as a team

Around the world, 2020 was a challenging year. The coronavirus crisis tested social cohesion to the limit. Pressure mounted on many business models, and global growth weakened markedly. At Porsche, production was forced to take a six-week break. Nevertheless, we successfully steered our company through the crisis and weathered the storm.

Our people made the difference, coupled with innovative products, profitability and high levels of investment in the future. Even more, the crisis revealed Porsche’s true understanding of sustainability: a holistic view encompassing ecology, social factors and economy. Running your business at a profit gives it the strength it needs to face challenges. To take a current example, Porsche has been funding not-for-profit initiatives for many years. In spring 2020, the company donated an additional five million euros to specific coronavirus relief measures. Porsche also doubled its donations of groceries to food banks in the regions around our sites.

What people outside the company rarely saw, however, was the teamwork that went on inside. Porsche’s response to the crisis was managed systematically and with a sense of responsibility. The Board of Management reacted at a very early stage to the worrying news from China. An expert group was convened to assess the situation around the clock as events unfolded. Porsche also established an interdisciplinary crisis team. Representatives from departments including Health Management, HR and Social Affairs, Production and Logistics, Research and Development, Finance and IT, as well as Sales and Marketing, joined forces in a situation room.

The crisis team met each day, with the Board of Management also regularly convening special meetings. Together they discussed hundreds of questions, such as where to store disinfectant for use by the workforce, how to rearrange servings in the factory canteens, how to restart our plants following the halt to production, how to organise a return to working in the office for our staff?

Instructions were clear, as employees were told to work remotely where possible. Meetings were held online and business trips were cancelled. Only the most essential journeys were permitted. Anyone returning on a flight from abroad was required to quarantine at home for two weeks as a precaution. The approach was one of safety first – no compromises.

“More than ever, what is needed today is a commitment to society and our fellow human beings. Looking out for each other and taking responsibility, just like in a family. These values apply beyond the factory gates.”

Oliver Blume Chairman of the Executive Board of Porsche AG

On 21 March 2020, it became necessary to stop production because of shortages in global supply chains. The lines would not move for a further six weeks. However, on 4 May 2020 Porsche restarted its production facilities and barely four weeks later was back to working at its normal capacity. In the USA, around half of all dealerships had to shut their doors temporarily in March and April. All dealership operations have already been closed in February in China. Nevertheless, demand in the biggest sales market recovered rapidly from April onwards. By the beginning of summer, sales in China were almost back at the previous year’s level. Operations in Japan and South Korea also grew. The development of key Asian markets continued on a positive track for the rest of the year. During the crisis, a start-up that was co-operating with Porsche encountered financial difficulties. Porsche took over the company to keep the business going and secure jobs.

When grappling with the impact of the coronavirus pandemic, Porsche pursued a clear strategy. All necessary steps were initiated systematically. The workforce was actively involved. At the height of the crisis Oliver Blume delivered a weekly video message with the latest updates on the situation. The internal Carrera media carried daily information too. Communication has always been a core function at Porsche, and continues in this role. As Oliver Blume says, “Everyone in the company must be up-to-date. Information, orientation and transparency are decisive.”

Through these efforts, Porsche has succeeded in winning its employees’ confidence and navigating the business safely through the crisis. The focus has always been on health and safety at the workplace. Looking back, everyone knows and understands the rules about maintaining distance, hand-washing and face coverings, as well as the difference between an FFP2 mask and a face shield. It was not easy, suddenly having to keep 1.5 metres away from colleagues. However everybody understood how important it was for them all to do their bit. Success requires teamwork.

The crisis management activities actually pushed some trends and developments to a new, higher level ready for the future. For example, it suddenly became possible to stream the annual press conference online. When the Geneva International Motor Show was cancelled at the beginning of March, Oliver Blume and Porsche Brand Ambassador Mark Webber introduced the 911 Turbo S in an English-language web press conference broadcast on Porsche News TV. The broadcast went out simultaneously in Chinese. And starting in February, sales in China moved onto the WeChat platform. In short: digitalisation has received a massive boost.

The same applies to collaboration with politics and society. Standing shoulder-to-shoulder during the crisis was an important experience. Consultants from subsidiaries Porsche Consulting and management and IT consultancy MHP supported the crisis teams at the state governments in Baden-Württemberg and Saxony. Porsche organized the supply chains for the delivery of Personal Protective Equipment (PPE) from China. Hundreds of millions of articles flowed through these channels. With up to six cargo flights each week at the busiest time, Porsche worked with its logistics partners DB Schenker and Lufthansa Cargo.

Background: The issue was that the two state governments did not have the necessary procurement organisations of their own to purchase the volume of protective personal equipment needed. Porsche gladly came to the rescue, as Oliver Blume explained in an interview, “From day one, we have not seen Porsche in isolation as a business entity, but have also considered our role and responsibility within society. What can we do for people who are in need of emergency assistance? How can we support the countries and regions in which we are represented? We focus on a fundamental perspective: we are there for people in times of crisis too.” 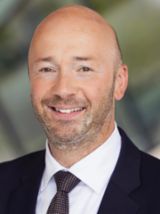 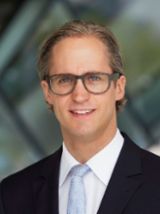