Against a magnificent Alpine panorama on the Klausen Pass in Switzerland, a silver-coloured Porsche 356 with red leather seats gleams in the spring sunshine; a young driver laces up her boots for a final ski tour in the late-season snow, her sticks leaning in expectation against a gnarled tree. The cover picture of the first Christophorus dating from 1952, captured by the Munich-based photographer Heinz Hering tells a story – of freedom, levity and joie de vivre. And of a very special aesthetic: the aesthetic of Porsche.

It is not only every model and every vehicle detail of the sports car maker from Zuffenhausen that is testimony to the expertise of some of the world’s best designers. The customer magazine Christophorus also conveys this special aesthetic to which the Porsche company has devoted itself since the outset: elegance and dynamics, character and sportiness emerge from the high-gloss pages of the volume. It is now more than 60 years since the first issue of the “magazine for the friends of the house of Porsche” appeared and thus founded one of the world’s very first high-quality customer magazines. The spirited elegance of the title lettering of that time distinctly underlined the pioneering role that Porsche had assumed; the imagery, the choice of topics and the style were soon to inspire a large readership. The beginnings of Christophorus can be traced back two years earlier to a shared vision. And to a good portion of chance.

Driving pleasure in magazine format – from vision to publication

In 1950, during a visit to the cinema in Stuttgart, the journalist and Porsche factory racing driver Richard von Frankenberg met the graphic designer Erich Strenger. While talking about Porsche, the two of them came up with a completely new idea: a magazine for Porsche drivers that should aim to be more than just advertising. A magazine to communicate the joy of driving in a vivid manner enabling the Porsche aesthetic to be experienced and delivering genuine value added through its content. The two creative minds were in agreement that every Porsche tells its very own story. Passing on these stories was soon to become their aim.

They swiftly devised a concept yet were missing a fitting title. After days of searching for names, von Frankenberg came up with the patron saint of car drivers – and Christophorus was born. At a price of one mark and fifty pfennigs, and with a print run of 4,500 copies, from now on Porsche fans were able to enjoy hot-off-the-press articles on the latest vehicle technology, high-speed motorsports, the most beautiful routes and an elegant way of life. Exclusive glimpses behind the scenes, such as at Porsche Development or the motorsports department, have also been on the agenda at Christophorus since the beginnings; loyal readers will no doubt remember the exclusive interview with Rolf Wütherich from 1960 as well: in issue 43 of Christophorus, the motorsports mechanic and co-driver in the silver 550 Spyder revealed for the first time the truth behind the tragic accident in which actor James Dean was involved.

Christophorus through the ages

The basic idea has not changed over the years – but the overall framework certainly has: right from the 18th volume in 1956, von Frankenberg produced an English version to accompany the German issue. Today Christophorus appears in 13 languages: apart from German and English, it is also available in French, Italian, Spanish, Portuguese, Russian, Simplified Chinese, Japanese, Korean, Traditional Chinese, Dutch, and Polish. In addition, selected articles are published successively online in a fortnightly rhythm in the Porsche Newsroom. This is where car enthusiasts have free access to features such as exclusive interviews, glimpses behind the scenes of the Porsche Development Centre and important episodes from the history of Porsche.

With a total circulation of 560,000 copies, Christophorus reaches more readers than ever today. Porsche customers receive the current four issues of the magazine per year delivered free to their home, interested fans of Porsche can take out an annual subscription for 24 euros. While the Porsche model range has increased many times since the first issue in 1952, the number of pages in the magazine has more than doubled, the printing is of even higher quality, typography and layout meet the latest standards. Yet the essence of the Porsche magazine has remained faithful to its original aim up to the present day: capturing the aesthetic of Porsche in words and images. 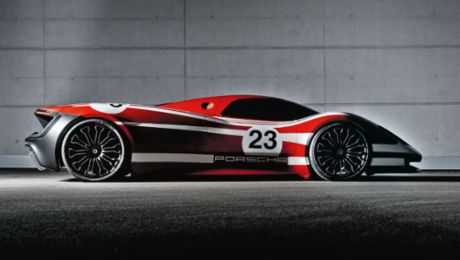 Cuvée 356 is a wine specially commissioned by Porsche in honor of the sports-car anniversary.