Behind the scenes: filming of the “The Heist” advert

Ten of Porsche’s most iconic cars, five shooting locations, up to four cameras rolling at a time and one drifting world champion: just some of the ingredients of a new TV commercial that has gone viral.

A team of 150 people worked on the dramatic new advert, with shooting taking place in and around Porsche’s home in Zuffenhausen, Germany, at the end of November 2019. It is the second time in the company’s history that it has produced a commercial for the Super Bowl and now the sportscar manufacturer is offering an insight into the extraordinary project.

Taking centre stage is the all-new fully electric Porsche Taycan, as it features in a fast-paced chase with nine of its most legendary siblings. Many of the cars shown are part of the Porsche Museum collection, which meant their preparation and handling during filming was a key part of the project. “We have a lot of experience preparing historic vehicles for all kinds of operations but driving a 917 through the centre of Stuttgart, at night, was a first even for us,” explains Alexander Klein, Head of Vehicle Management and Heritage Experience at the Porsche Museum. “When we travelled to the location in the Black Forest the roads were covered in snow, and stayed that way until the evening before the shoot. Fortunately, we were prepared and had different tyre profiles and compounds with us, especially for the racing cars. We did not make any technical changes to the museum vehicles though.”

After the opening scenes inside the Porsche Museum, viewers see a team of precision drivers steer the cars safely around the famous Porsche roundabout in Zuffenhausen and along the inner city streets of Stuttgart, Heidelberg, Heppenheim and over the Schwarzenbachtalsperre dam in the northern black forest. One of them, Harald Müller, held the World Record for drifting, while Porsche factory driver Lars Kern was behind the wheel of the iconic 917 K.

The director was Wayne McClammy, who is internationally renowned for his commercials. At points during the shoot he was using four cameras at the same time, and a Cayenne was fitted with a Russian Arm: a roof-mounted camera crane. Two drones – including one with a top speed of 160 km per hour – picked up the aerial shots.

The TV commercial is part of Porsche’s global marketing campaign for the Taycan and it will play at cinemas across the US and beyond.

The long version of “The Heist” ad is now available to view at Porsche NewsTV and the Porsche YouTube channel.

For the first time since 1997, a Porsche TV commercial will be broadcast during the US Super Bowl on 2 February. 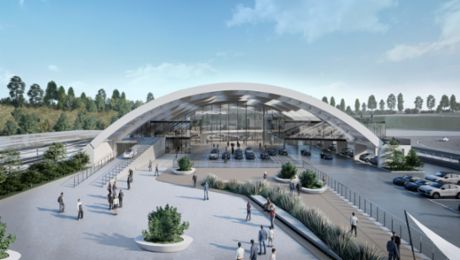 Porsche is building an ultra-modern Experience Center in Italy

Work has begun on the construction of the Porsche Experience Center (PEC) Franciacorta. 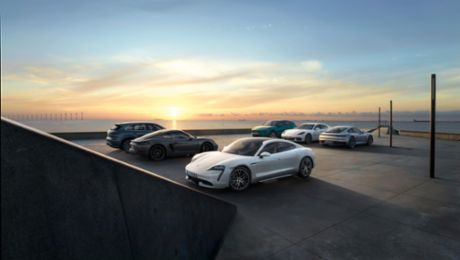 Porsche increases number of deliveries in 2019 by ten percent

In 2019 the Stuttgart-based sports car manufacturer delivered 280,800 vehicles to its customers. 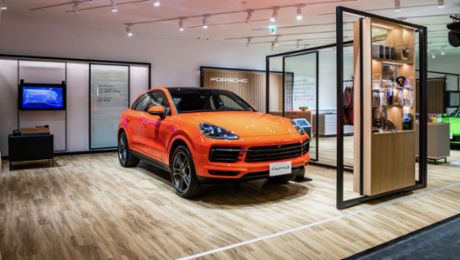 The sports car manufacturer is complementing its Porsche Centres with sales pop-ups.

Fuel consumption / Emissions
Fuel consumption combined 10.1 - 9.7 l/100 km
CO2 emissions combined 231 - 222 g/km
Porsche uses cookies to optimise and improve the website, as well as enable the availability of certain functions. By continuing to use this website, you agree to our use of cookies. For further information, please click  here